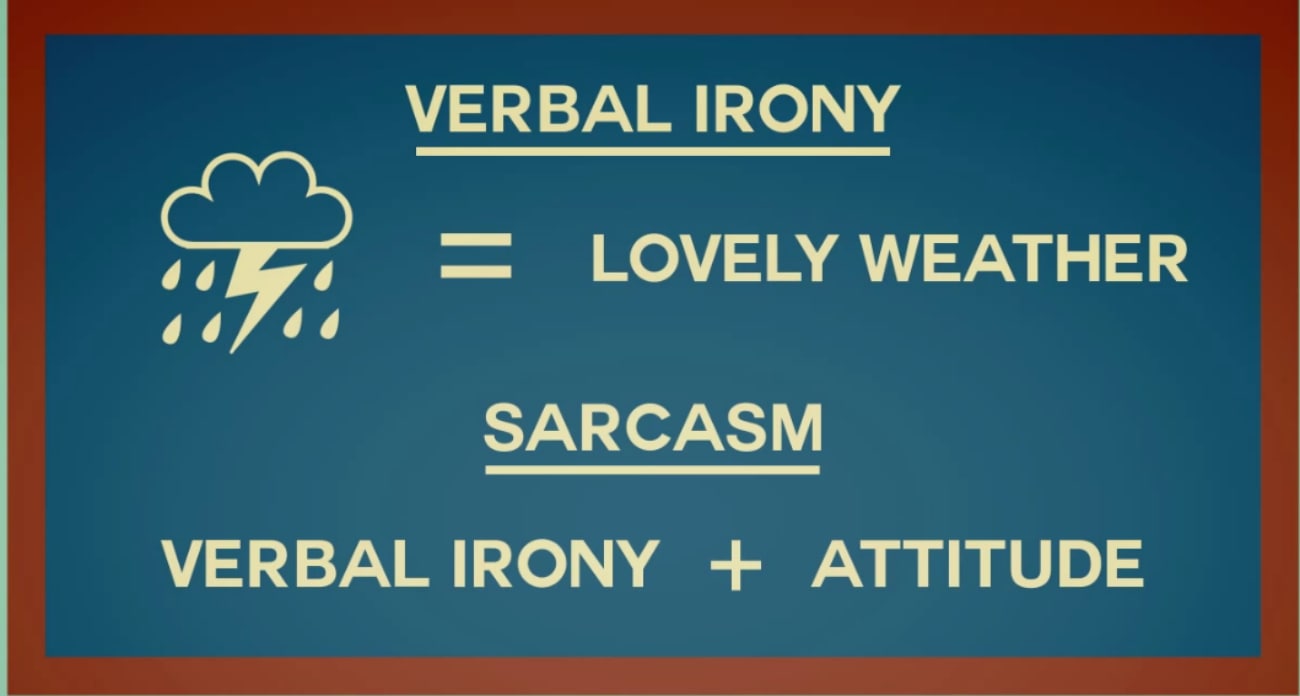 Have you ever been confused by tone of voice? Tone and attitude are often lost upon a reader in certain circumstances, such as in an email or on social media, and can lead to miscommunication. Both of these require either a specific written direction or an auditory cue to help us understand the difference between what the speaker says and what they actually mean. Confused yet? Take for example the phrase:

This phrase could literally mean that the weather is awesome and amazing. But with a change in tone comes a change in attitude and the entire meaning of the phrase turns into something else. How would a speaker indicate to her audience that the weather was not amazing but instead wretched? Now, on “paper” this tone would need to be given a descriptor of some kind: Great weather we’re having, she said sardonically. Or require the use of emojis, such as a smirk face or annoyed eyes emoji to convey an attitude of displeasure with the weather. This is where the difference between verbal irony and sarcasm lives, and both are dependent on attitude and tone.

Verbal irony occurs when a speaker says the opposite of what she means; sarcasm is verbal irony with the deliberate intention of poking fun. It is the difference between saying: “Great play, Shakespeare” as a compliment to a budding new playwright or “Great play, Shakespeare” as a sarcastic commentary on a rotten play. Interested in learning more? Check out this video to help simplify the difference between verbal irony and sarcasm.