A lot of people have the dream of being the rebel at their high school or college: the embodiment of a Delta Tau Chi that the authorities at the school don’t like and try to silence—but then those authorities end up looking like fools when they do so. Most of us don’t break the rules set by the school authorities because they either have all the power and convince you not to make them angry, or they aren’t bad people and their rules are perfectly rational, so anyone would really look like a jerk if they did break the rules.

This is not the case for class president, Peter Butera, who graduated from Wyoming Area Secondary Center in Exeter, Pennsylvania, this summer. 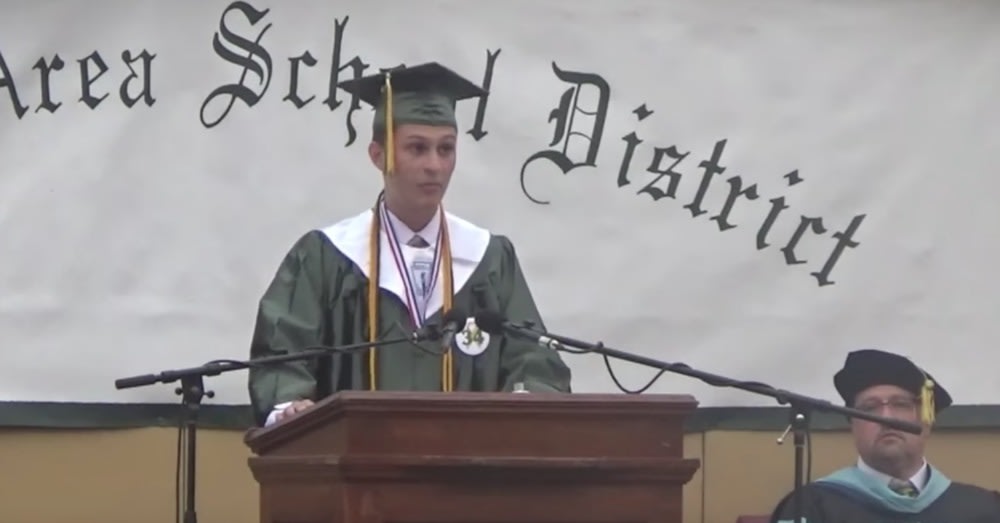 Peter had been a part of student government every year of high school. In his speech, this valedictorian said he thanked his fellow students and teachers for being supportive. “I would like to thank you all for that one final time,” Peter said. “It really means a lot.”

However, Peter had a point he wanted to make, and as a class president, he felt that the time was right to make it…well, now or never, as they say. He chose to make it now.

With the principal of the school seated to Peter’s left, Peter said, “At our school, the title of class president can more accurately be class party planner. Student council’s main obligation is to paint signs every week. Despite some of the outstanding people in our school, a lack of a real student government combined with the authoritative attitude that a few teachers, administrators, and board members have prevented students from truly developing as true leaders….” 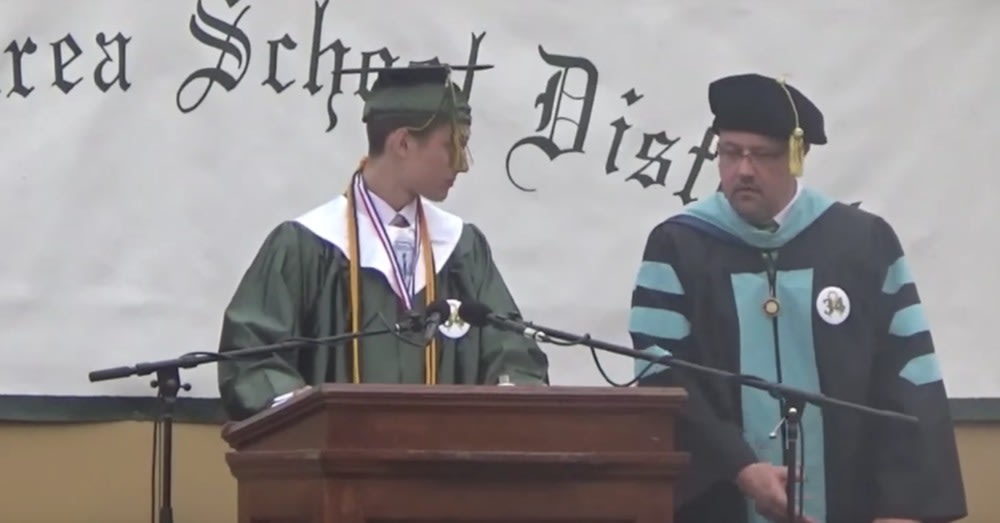 In the video, you can see it was at this point the principal, Jon Pollard, has an annoyed look on his face and turned to watch the valedictorian speak. Then the principal mouthed something to someone offstage, and soon a technical-sounding error interrupted his words as the microphone shut off.

While Peter continued on with his speech, shouting it out so his fellow students could hear it, Principal Polland stood up, tapped Peter on the elbow, and told him the microphone was dead. 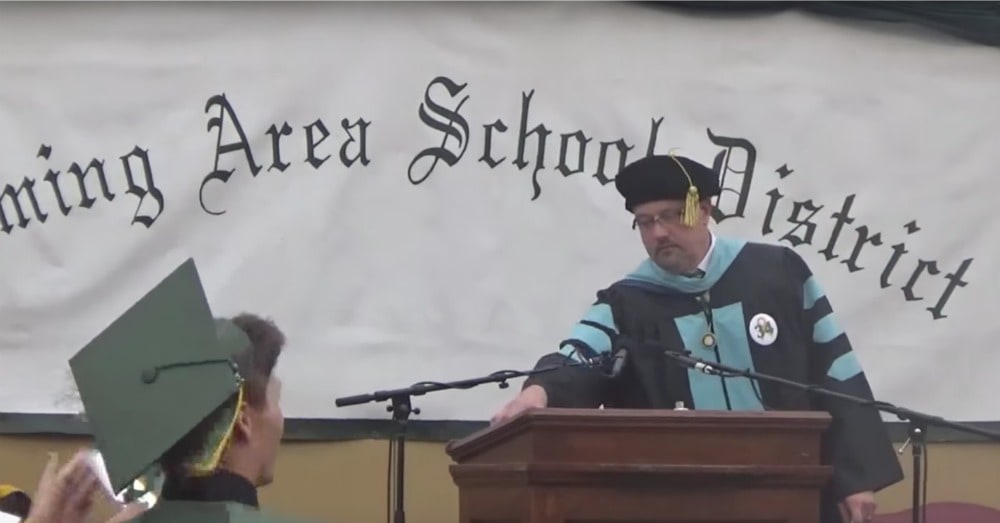 Now, this might have been the end of the story…if not for the fact that Peter’s girlfriend recorded his speech and the incident and put it out on social media.

There was so much interest in the story that the district’s superintendent had to respond to various inquiries about what happened.

“The young man submitted his graduation speech to his principal and delivered a speech different from the speech that was submitted,” superintendent Janet Serino wrote to the Washington Post. She also wrote that she has reached out to Peter Butera, requesting a meeting to discuss his concerns.

Meanwhile, Peter was given the option to finish his speech…but this time, the audience hearing it would be much, much, much bigger.

Peter was invited on Jimmy Kimmel Live and was given time to finish his speech the way he wanted to do so without any interference.

Check out this video from the show and hear Peter’s words the way they were meant to be heard.