Family Decorates Their House With 3,000 Pumpkins Every Halloween

One of my favorite Halloween traditions is carving pumpkins with my family and friends. There’s just something about sitting around a table, pulling out all the seeds with a spoon, and placing a candle into your Jack-o-lantern.

While most people like to place a couple of pumpkins on their front porch, one family in West Virginia takes things to the next level by decorating their house with over 3,000 pumpkins!

Why did they decide on 3,000? They wanted to have one for each resident of their small town. 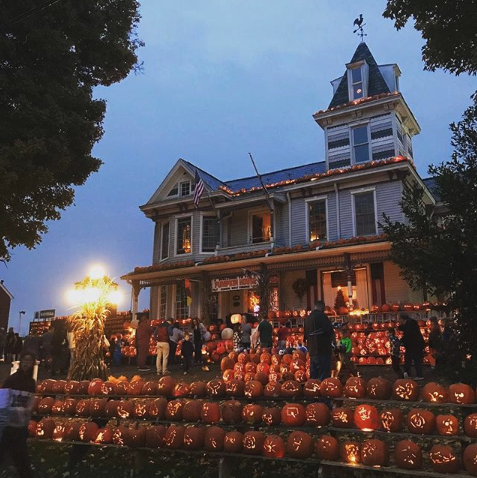 According to West Virginia Tourism, the Pumpkin House attracts almost 30,000 tourists each year. It has gotten so popular that food trucks now park outside the home to feed hungry guests.

“It’s become a tradition for many people in our immediate area, and it feels good to keep that going,” said Ric Griffith, the homeowner, to KOST 103.5.

“Locals take great pride in it, and then there are people from around the country who plan fall trips and include it on the route just so they can see it,” said President of the Cabell-Huntington Convention and Visitors Bureau, Tyson Compton. “It’s really something.”

Of course, the family couldn’t do this all on their own. It requires help from hundreds of local volunteers to scoop out the insides and carve the Jack-o-lanterns. They even have volunteer electricians and carpenters come to build out the displays for the pumpkins to stand on. 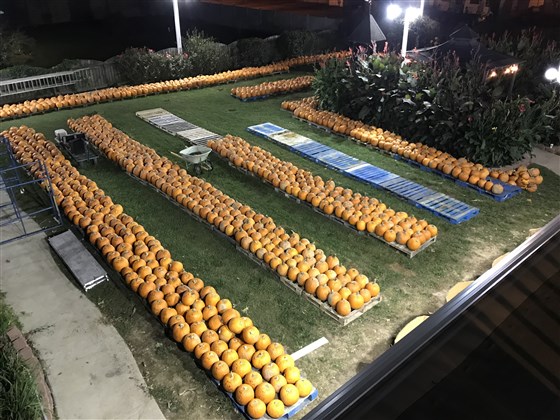 It takes a city to make the entire thing come to life!