With so many things to get done in a day, it’s hard to imagine even more to do! But, the settlers had a much longer list than we ever did. A pioneer woman had to do a whole more just to keep her family clothed and fed. Her equipment was different, and her soap might be homemade. While the men were tending to the crops, animals, and buildings, the women were doing a whole lot more housework than we would ever have to these days. It took a lot of strength to make it work back then! 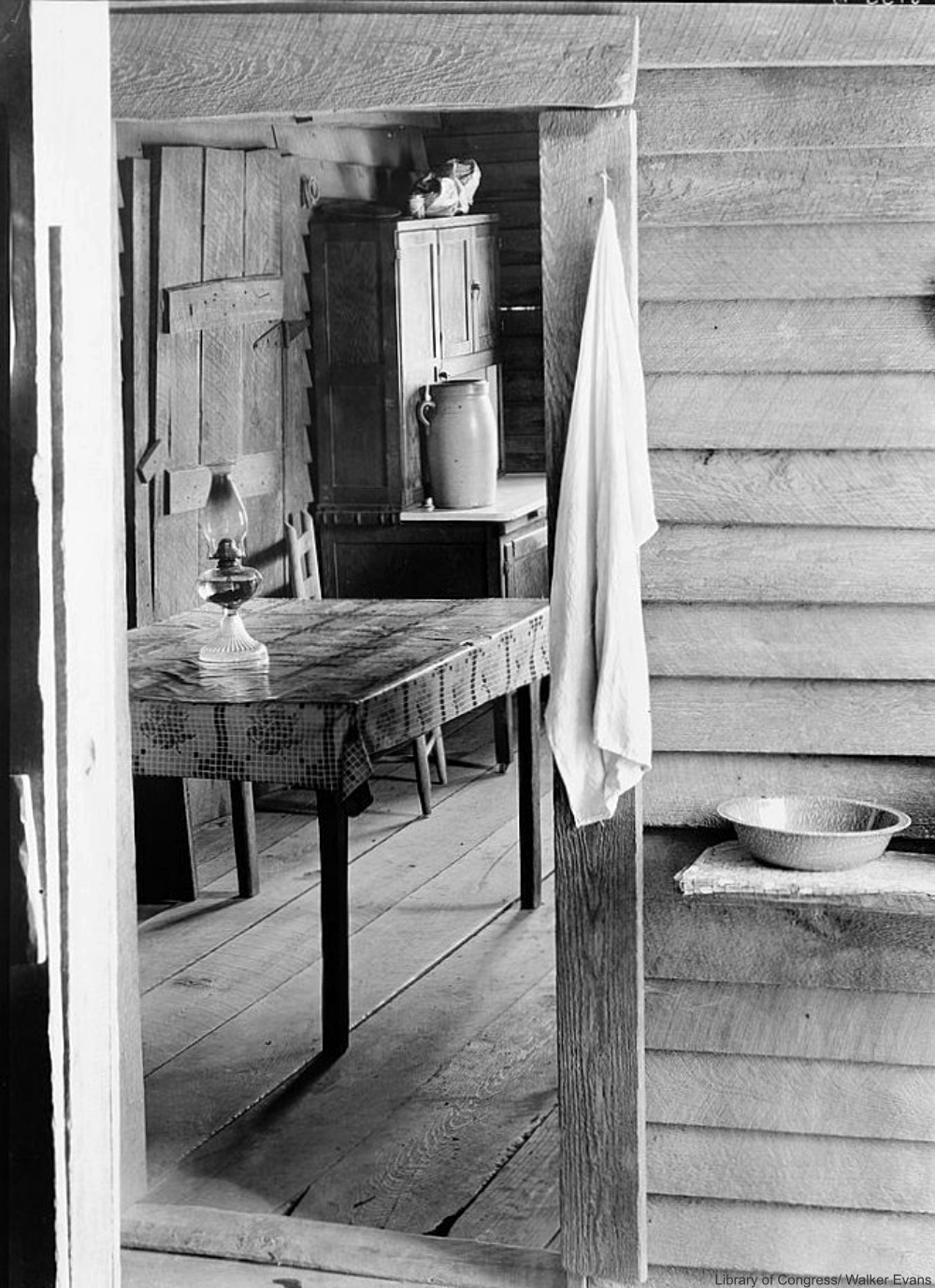 There were a number of chores that were required just to maintain a pioneer family’s tools. For instance, a family with a wood stove would need to blacken it regularly with stove black (graphite and glycerin or a similar formula), a chore Laura Ingalls Wilder wrote about in Little Town on the Prairie– an attempt to clean the house for Ma ends with spilling stove black on the floor. 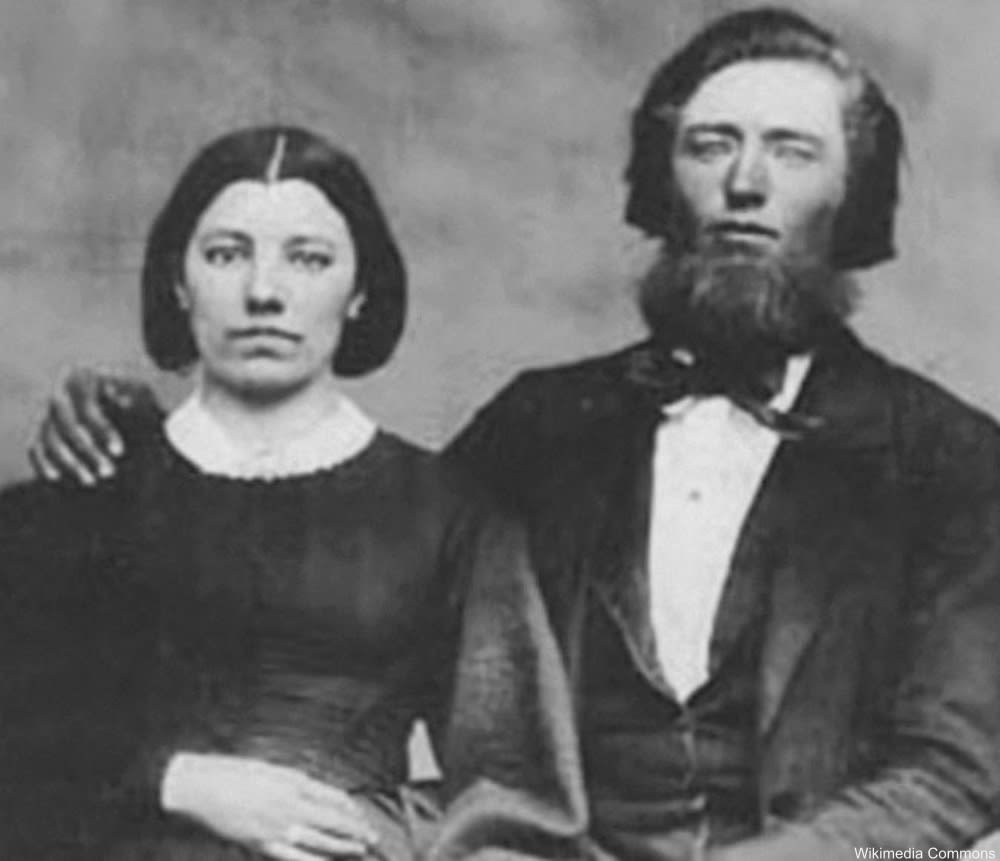 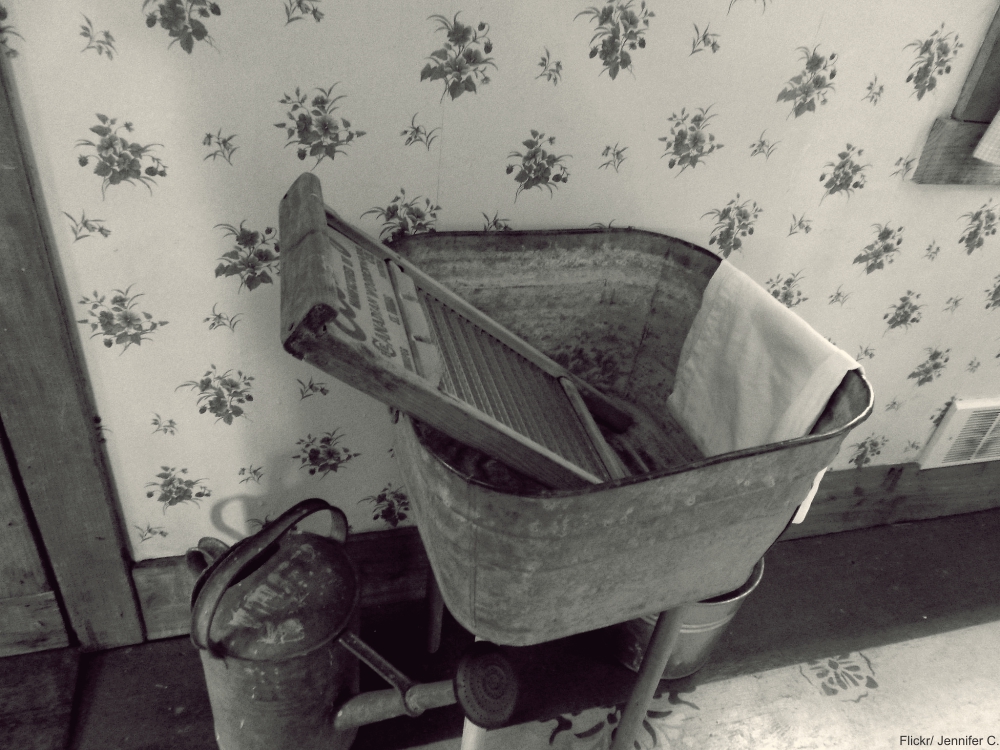 Laundry day was once a week because it took days to process the clothing. Traditionally Mondays were set aside for washing, thus allowing for the most time to get the clothing all clean and pressed before the next Sunday. Starting with the lightest color of clothing, the clothes would be submerged in a soapy pot of boiling water, often using lye, then finished washing on the washboard. Next in were darker colors, until she would get to the heaviest clothing. Anyone who’s ever agitated laundry by hand or removed stains on a washboard will understand just how hard of a task this really is! They’d be hung to dry and then the next day was ironing day. 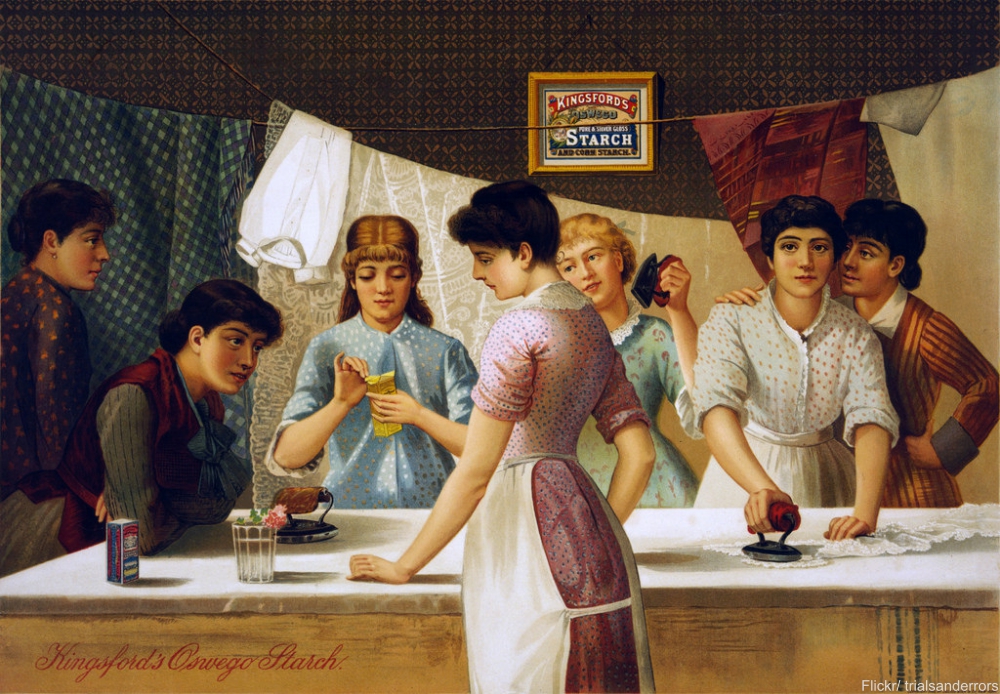 An iron would be heated on the stove and the laundry items would be sprinkled with water. The advertisement above is for store-bought starch, but many pioneer women would not have been able to find or afford this kind of product. The day after was usually for mending the clean and pressed clothes. The chores for the days of the week were brought over with the Pilgrims and dictated the weekly chore schedule for most pioneer women. It’s the same way our mothers did it and many women still do it this way today.

Food was made from scratch, but what they had available was highly variable. Settlers would have brought with them only easily-preserved basic foods and general stores where not established in every town on the frontier. Foods like salt pork and cornmeal were significant elements of their diet. 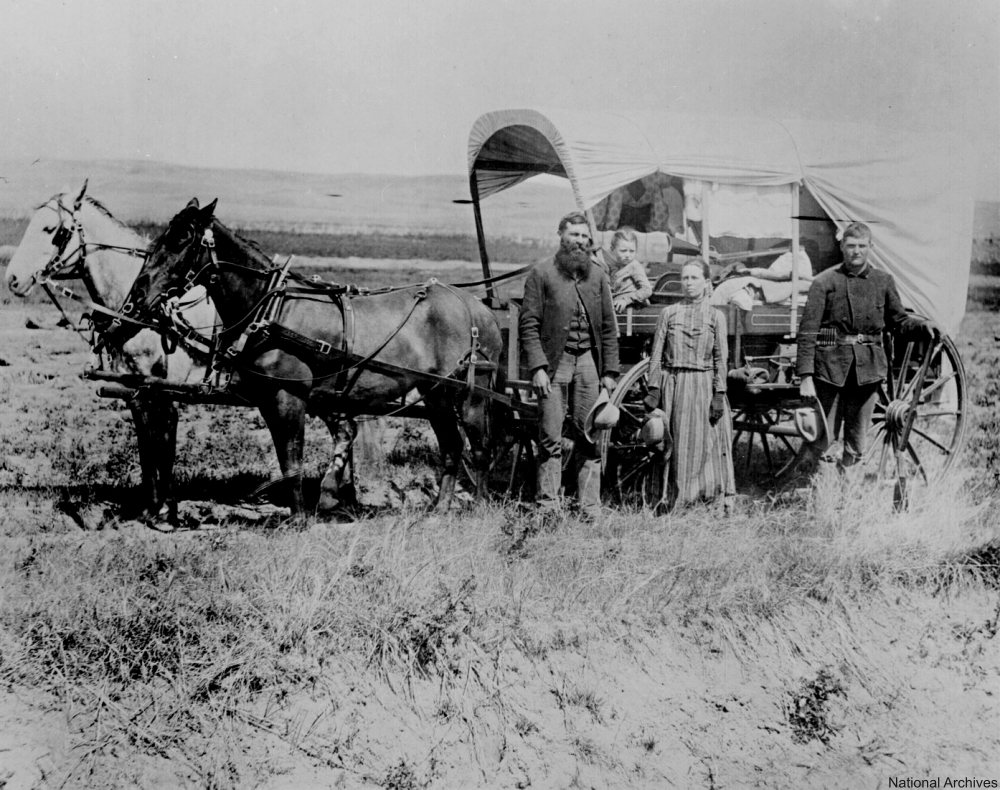 Settler family in front of their wagon. Via/ National Archives

Baking cornbread could be an arduous affair in an iron Dutch oven, coals heaped on top to bake it evenly. Or, a settler might be lucky enough to have an oven and could bake in a way we would find more familiar. During the Civil War the Union troops relied on hardtack and so did many pioneers. A first-hand account of the many ways to eat hardtack (and a recipe) can be found here.

Once established in their new homes, pioneer women relied upon their gardens to round out the staples that provided much of their sustenance during winter and to add much-needed variety to a repetitive diet. Tomatoes, melons, beans, and potatoes were much needed sources of nutrients and pioneer women worked very hard to make sure that none of the produce went to waste. 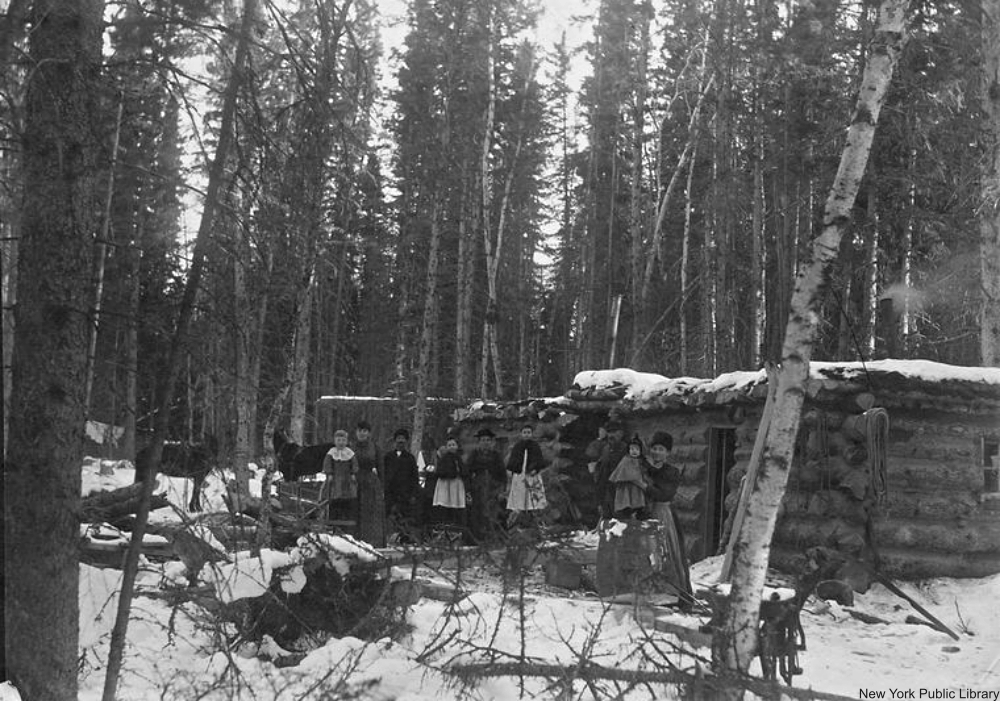 Settlers in front of their cabin in winter. Via/ NYPL Digital Collections

Using up un-ripe produce, pickling, and canning were essential to keeping the family fed. In The Long Winter, Wilder writes about her mother making a mock-apple pie using green melon and vinegar as a convincing stand-in for the apples they did not have. 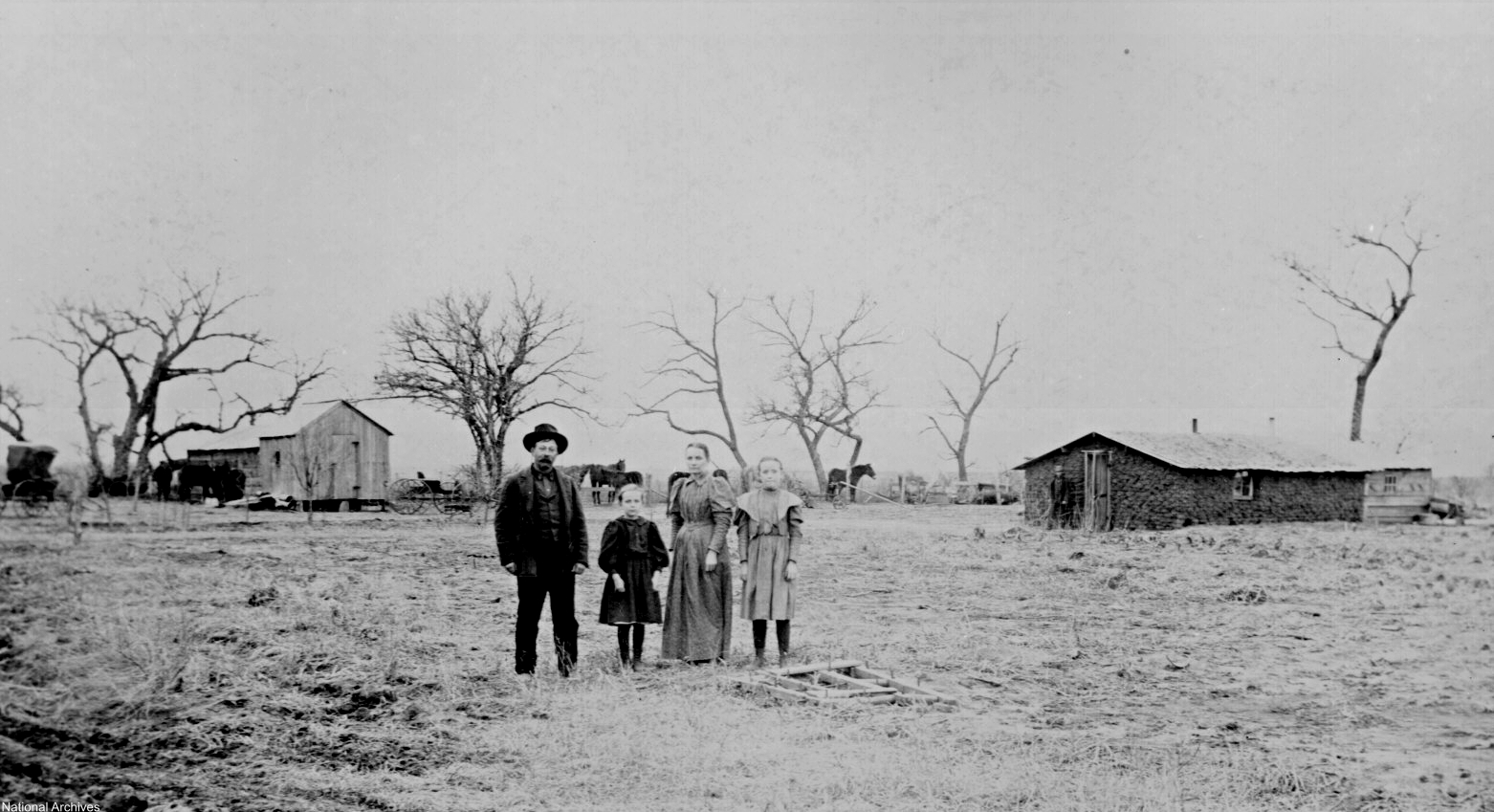 Family of pioneers in Arizona during the 1890s. Via/ National Archives

Meat had to be salted, smoked or cooked almost immediately, unless temperatures outside were freezing. Fruits and vegetables were often dried, though canning produced a much tastier result. Snow was also used to pack meat in to keep it fresh. Wilder also wrote about using snow to make candy: hot maple syrup was poured onto snow to harden into a wonderful treat. 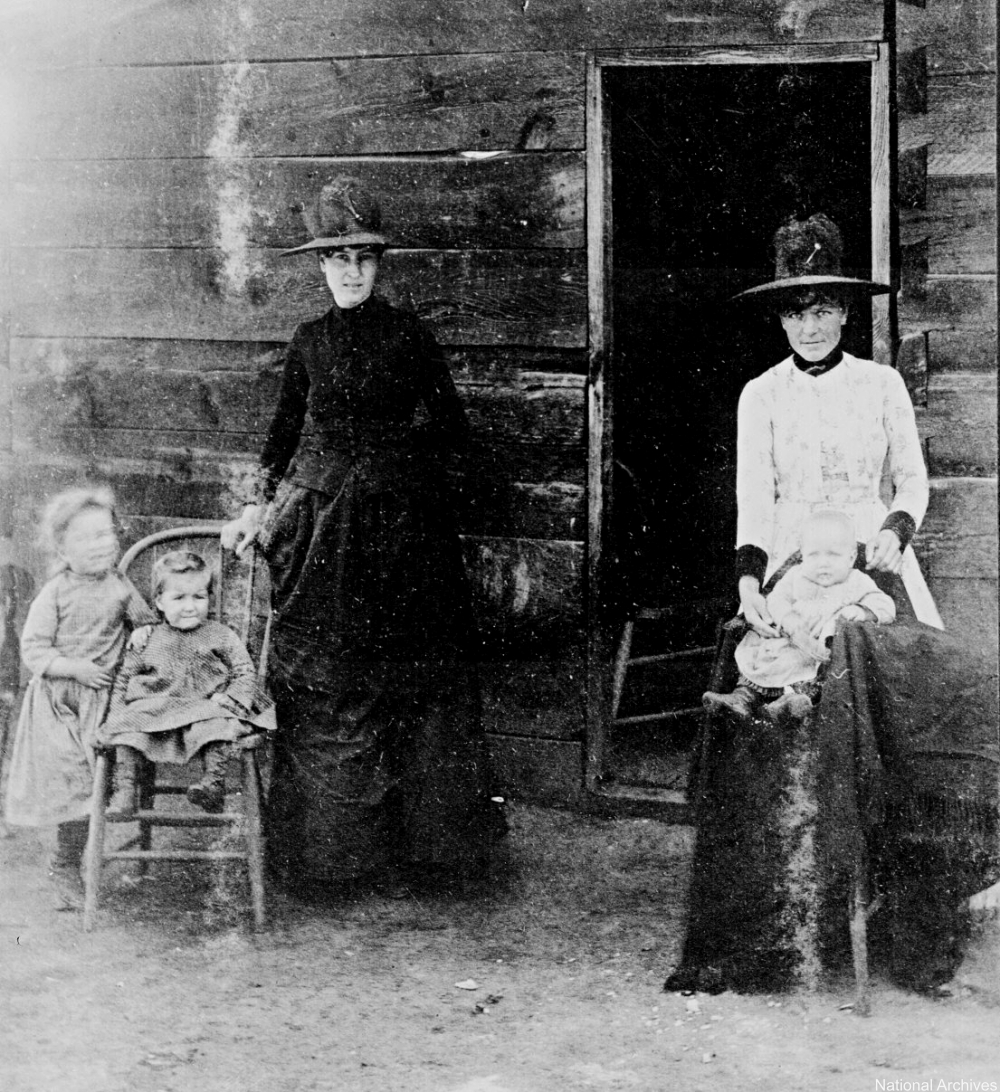 Settler women with their children, 1880s. Via/ National Archives

Burning wood, coal, and kerosene, meant that residue inside the home accumulated quickly. Screens (at times) could be a luxury and it meant that pioneer women were cleaning and wiping down everything on a daily basis in order to keep the home clean. Those settlers who lived in sod houses or dirt floors had a tougher time as snakes, insects, and water were a constant problem to contended with. 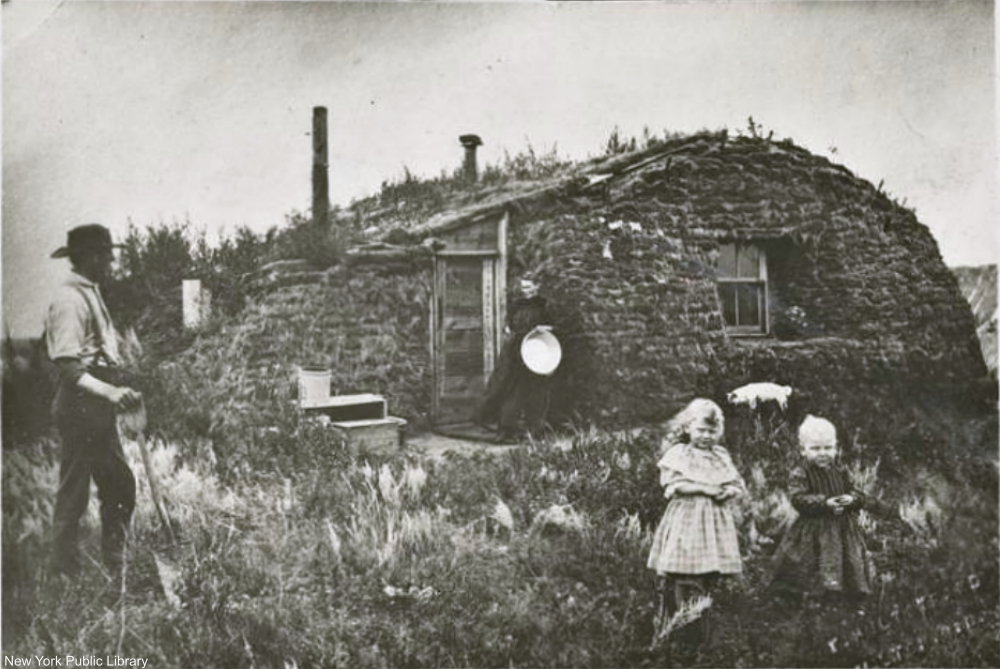 Family in front of their sod house, Kansas. Via/ NYPL Digital Collections

While some goods could be bought at the general store once your settlement had one, there were many families who could not afford these luxuries. Salves, cosmetics, and soaps were often made at home. The mending, butter-making, sweeping, boiling, and stoking filled most of the rest of a pioneer woman’s time. And, she helped out with the farming as needed, too! It’s sometimes hard to imagine how it all got done, compared with today’s modern inventions which save us so much time. But, they were skilled and determined!

If you enjoyed this then you can check out photos of the Old West right here.