Penny Was Rescued From A Kill Shelter. When They Examined Her, She Had Pneumonia and Heartworms

Penny was in a shelter, dying of severe pneumonia. She had a bad urinary tract infection, a very high fever and could barely breathe. She was heart worm positive and was not eating or drinking. Because of all of these issues, she was hours away from being euthanized. Thankfully, Vet Ranch came to the rescue! 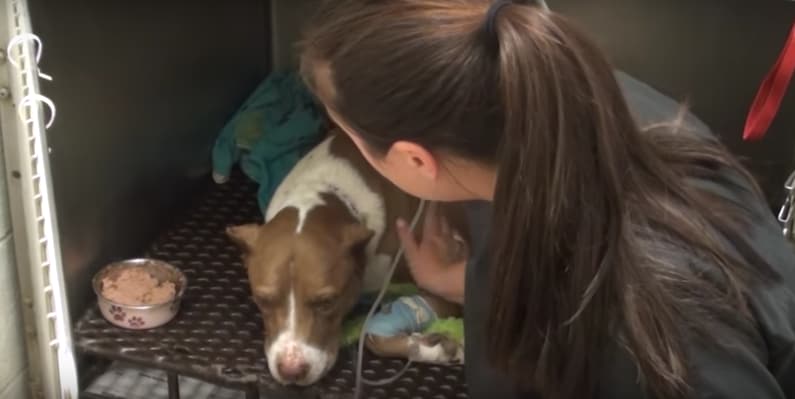 They put her on an IV to give her fluids and antibiotics, and her long road to recovery began. After a few days, she showed signs of improvement. She began to gain some strength back a little at a time. Once she was healthy enough, she went to live with a foster to boost her spirits. After one week with her foster, she seemed to be much happier. A month later, she was doing amazing! She stopped coughing, her appetite was back to normal, and she was full of energy. Since she was now strong enough, they began her heart worm treatment. Four months after her journey began, she is now a perfect pup! Thank goodness for the folks at Vet Ranch for helping save this beautiful dogs life!