Hey Moms, Children Get Their Smarts From YOU — At Least, Science Says So

Friendly banter between parents over which of them is responsible for a child’s smarts or good grades is commonplace — but now that type of teasing may pack more of a zing when aimed at dads.

Because intelligence is transmitted on the X chromosome and women have two of those while men only have one, researchers posit that children likely get their smarts from their mothers. In fact, genes inherited from the father that are responsible for advanced cognitive function (like intelligence, reasoning, and language) may be automatically deactivated because intelligence is thought to be a “conditioned gene.” Researchers surmise that conditioned genes function only if they come from the mother for some characteristics and the father for others.

There was one study done on genetically modified mice where researchers found conditioned genes from either the mother or father in six different parts of the mouse brains. However, they didn’t find any paternal cells in the cerebral cortex, where the advanced cognitive functions take place. 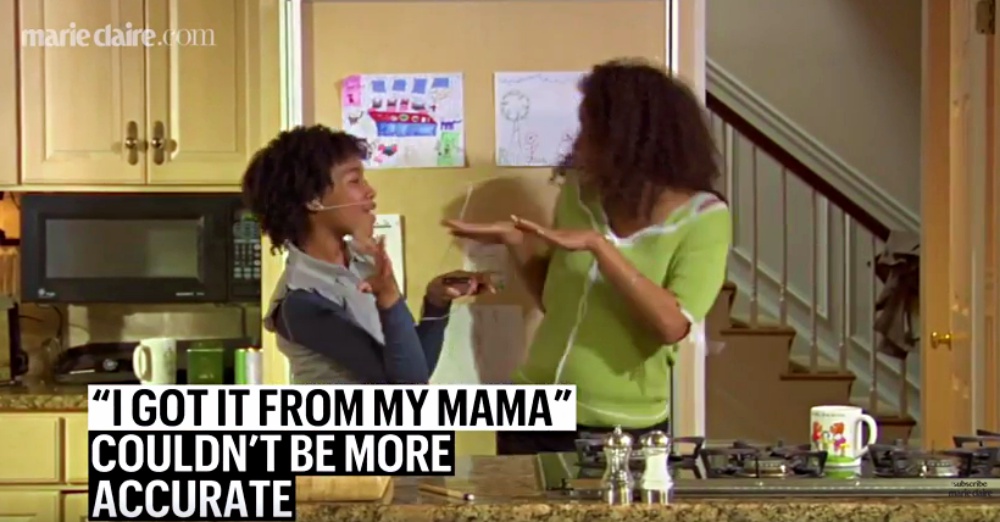 But, people aren’t mice (duh). So researchers in Glasgow interviewed 12,686 people between the ages of 14 and 22 every year from 1979 to 1994, and every other year thereafter. They found that the best predictor of intelligence was mom’s IQ, even with other factors (socioeconomic status, education, etc.) taken into consideration. The participants’ IQ’s varied only an average of 15 points from their mothers.

However, researchers estimate that roughly 40-60% of intelligence is hereditary. A child’s temperament, intelligence, and emotional health all depend on a variety of factors (environment, stimulation, and personal characteristics) that work together to make your child the way he is. No one has a crystal ball about your child’s future academic or emotional success, but it’s clear that supportive parental involvement is key.

We all know the important role that all parents play in their child’s development. For now, mamas out there just have a card in their back pocket to pull out every time their kid gets an A to gleefully smirk to dads, “He got it from me!”

Take a look at this video and share with the mamas in your life!