We’ve written about this crazy house before, most recently when a whole other room was discovered at this spooky historical landmark. Constructed with odd corridors, the house can seem like it was built to confuse – and it was! 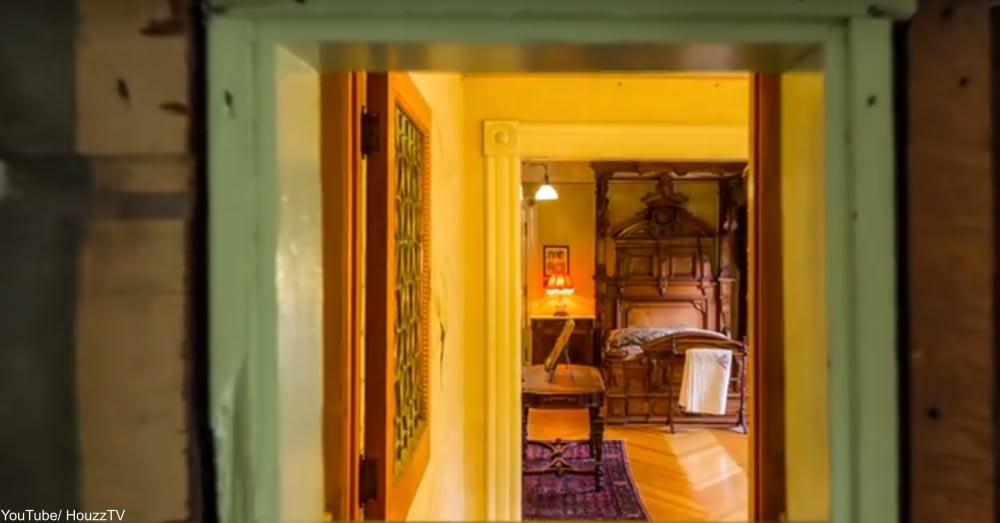 The story goes that after the death of William Wirt Winchester, rifle magnate, his widow Sarah, sought the help of a spiritualist – all the rage in the late 1800s. In order to assuage the ghosts of all the people who had been killed by her husband’s guns, the medium told Sarah she needed to live in a house that was always being built on.

Sarah, being the heiress to the Winchester fortune, had all kinds of crazy additions made to the house, like mysteriously placed windows, doors to nowhere, winding staircases that led directly into walls and other architectural hijinks.

Have a look INSIDE this lavish and spooky house below in the video from Houzz TV. We can’t get over how elegant and mysterious some of the rooms are!