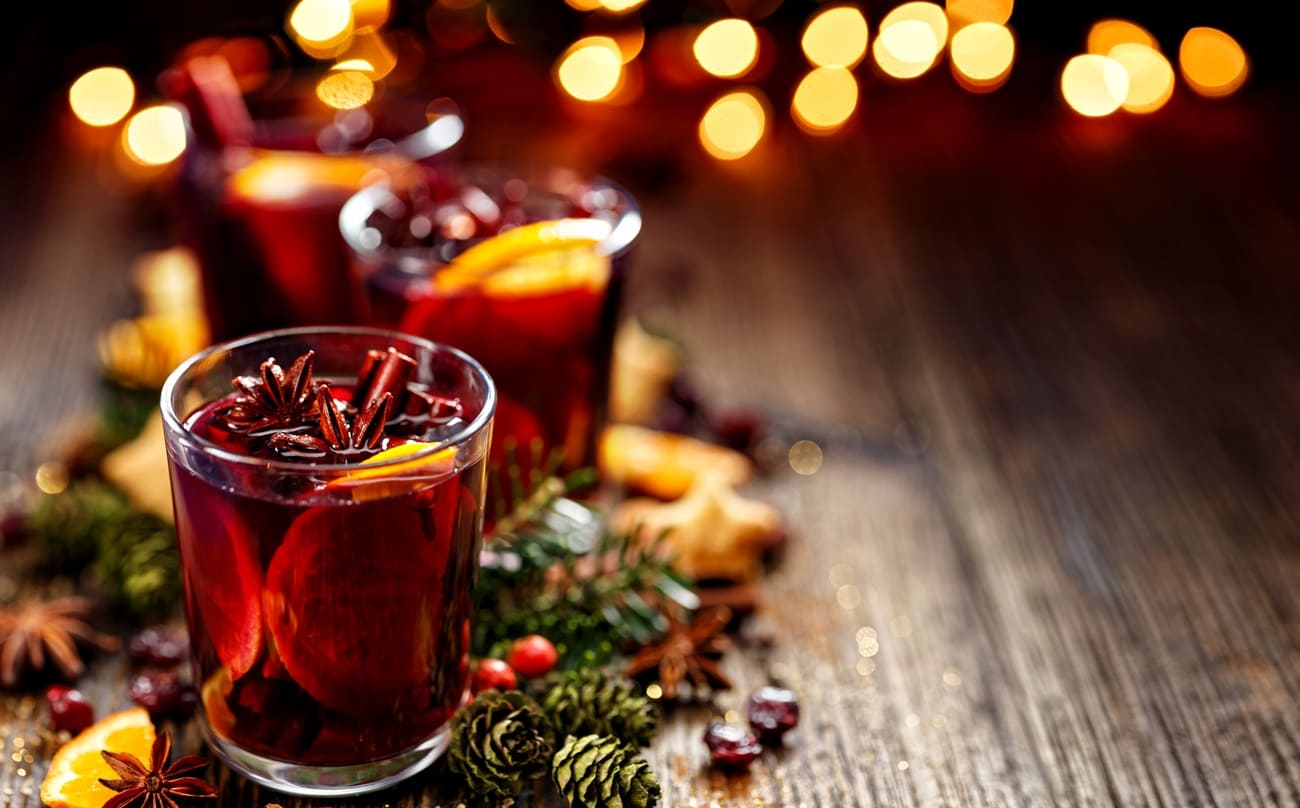 What makes holiday foods and drinks so inviting? Is it the aroma that takes us back to memory lane and childhood, or is it the now-or-never framework these foods and drinks are marketed and sold in (peppermint bark and pumpkin spice lattes disappear after December)? Whether it’s nostalgia or the get-it-now-because-it-will-be-gone-soon mentality, some people overdo the holiday drinks – both alcoholic and nonalcoholic – and might benefit from giving their favorite refreshments a healthy makeover. If this is you, read on. 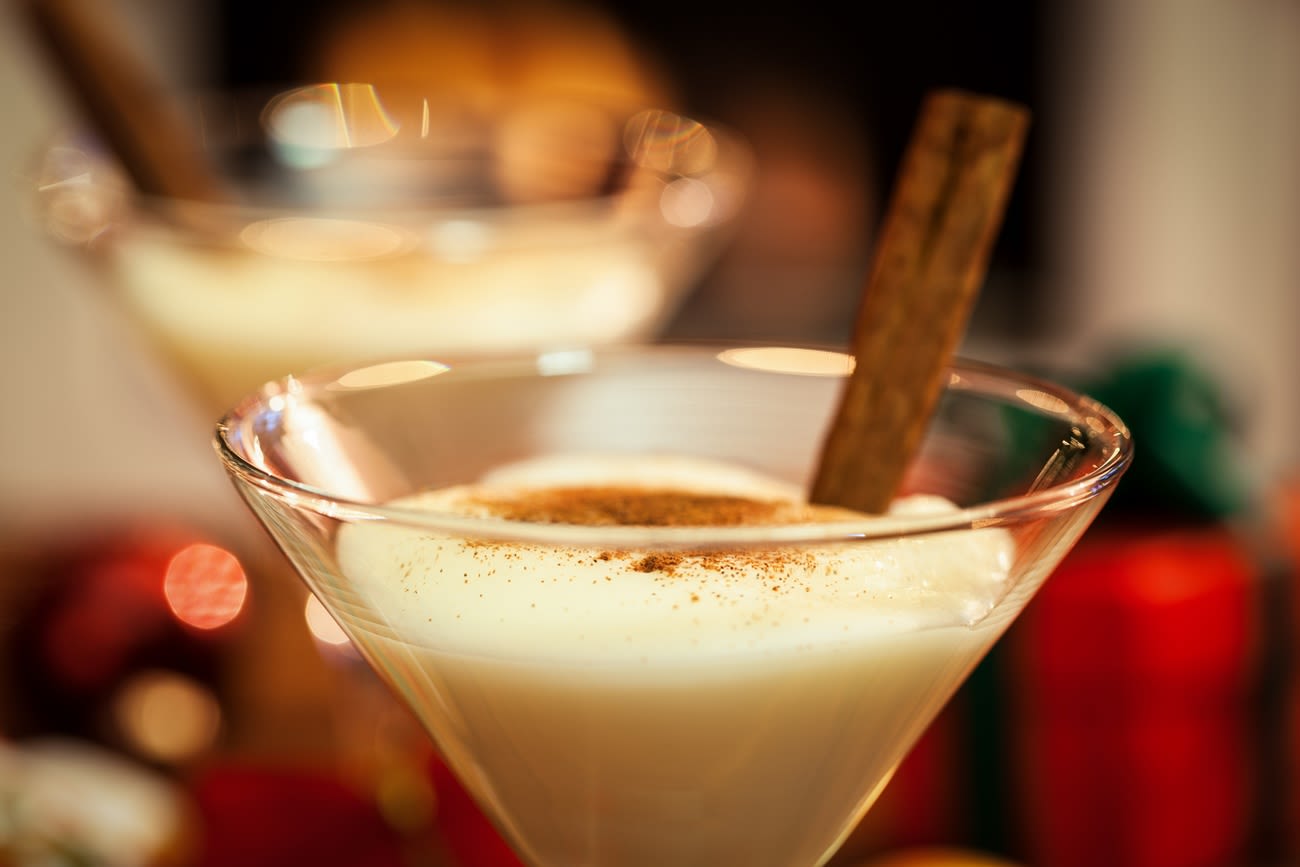 Apparently, eggnog has been viewed as a holiday drink since the 1700s and was associated with wealth and prestige because it’s ingredients – eggs and milk – were not cheap. Today, eggnoggers who make it at home scoff at commercial eggnog, saying it tastes nothing like the real thing.

Whether it is made at home (with egg yolks, milk, cream, sugar, and spices) or purchased, one cup provides between 350 and 400 calories. Buying the light or low-fat version lowers the calorie content by only 60 to 80 calories and interestingly doesn’t lower the saturated fat content at all (five grams per cup) with the light version. The low-fat version only lowers it by one gram. If you want to experiment with shaking up your homemade eggnog and make it lighter, try replacing the egg yolks with egg substitute (but not the egg white egg substitute). This will decrease the saturated fat by two grams per cup eggnog. The cream in eggnog is the other area you can try adjusting by replacing it with whole milk – this takes the saturated fat content down by thirteen grams per serving! 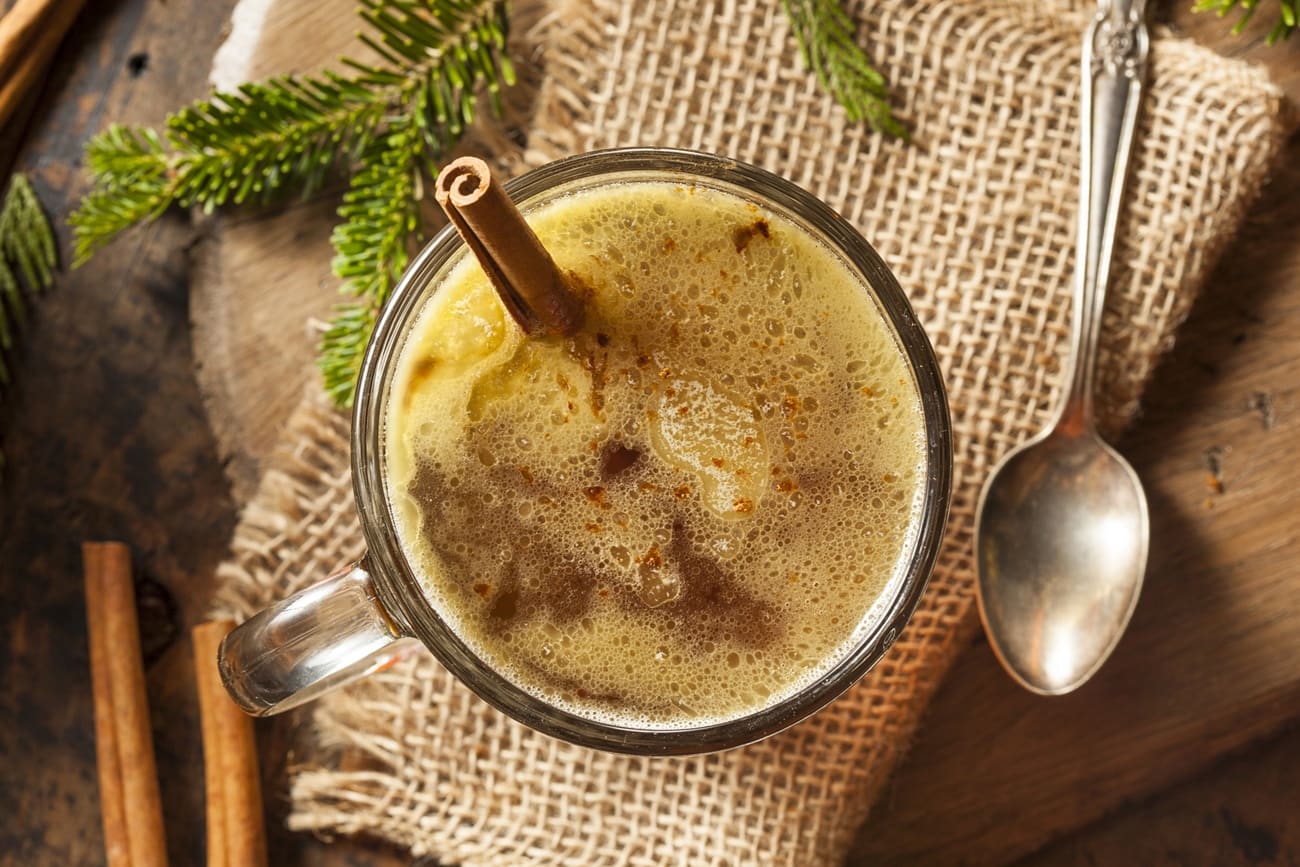 This tasty drink warms your soul, doesn’t it? Warming our insides was part of its purpose with its birth in Europe, where it had been used to warm and protect folks from bone-chilling winters for centuries before this drink made it to the United States.

If you are looking for ways to health-up the classic version (dark brown sugar, butter, spices and rum) of this traditional favorite, you can play around with the butter in this recipe which alone contributes 23 grams of fat and 203 calories per serving. The brown sugar and honey will be harder to replace and still maintain the feature flavors of this drink.

Others have turned this recipe upside down by simply combining unsweetened hot apple cider with half the amount of butter in the classic recipe. And of course, adding dark golden rum.