José Alberto Gutiérrez is a garbage collector in the city of Bogotá, Columbia. But not everything he picks up goes straight into the back of the truck. They say one man’s trash is another man’s treasure, and this man is all about finding one specific type of treasure in other people’s trash.

Gutiérrez is known in his community as “Lord of the Books,” and he’s got the title for a good reason. He’s like the book version of Robin Hood, except he doesn’t have to steal anything; he just takes what other people have thrown away. Every night after work, he brings home about 50 or 60 books he’s found in the garbage cans of the wealthy neighborhoods of Bogotá.

In the beginning, about 20 years ago, Gutiérrez set up a small library in the lower level of his home with the books he’d found. He called it “La Fuerza de las Palabras,” or “The Strength of Words,” and opened it up to his neighborhood kids every weekend. Now he has over 20,000 books in his little library, and they fill his home almost to the brim. 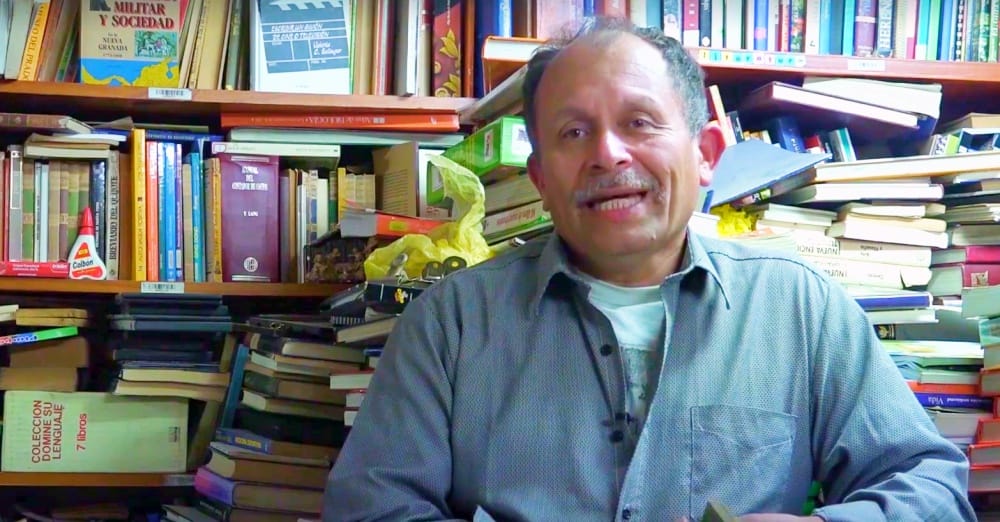 “This should be in all neighborhoods, on each corner of every neighborhood, in all the towns, in all departments, and all the rural areas,” Gutiérrez says. “Books are our salvation, and that is what Colombia needs.”

The children in Gutiérrez’s neighborhood don’t have many (if any) books at home and no access to a local library, so they’re grateful for the many options The Strength of Words Library provides. 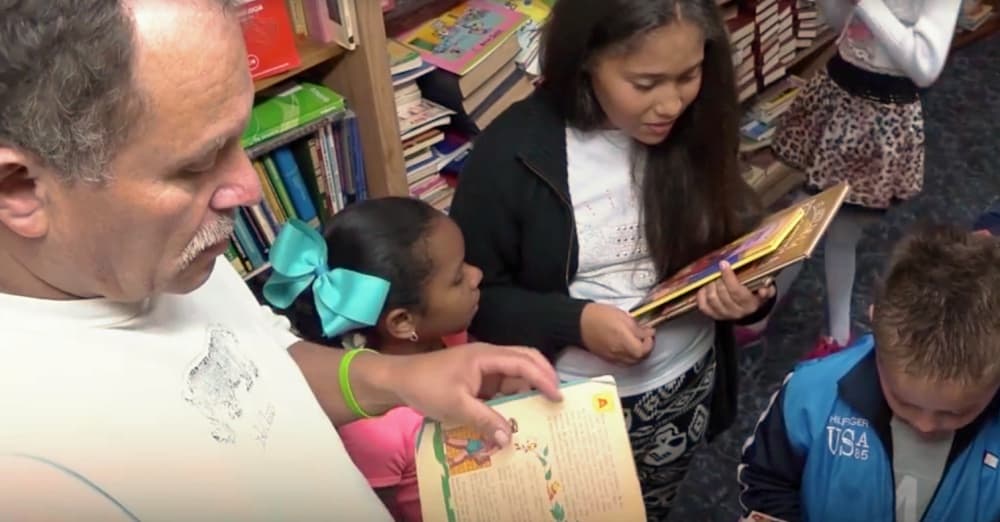 Most of these children are not only looking for something to occupy themselves but are also eager to learn more about the world, and Gutiérrez’s collection provides them with the knowledge and stories they crave.

“I think we are simply a bridge between people who have books and those who don’t have anything,” Gutiérrez says.

Watch the video below to learn more about how Gutiérrez first started collecting books from the trash and see his work in action, as well as learn what the first book he picked up was (can you guess?). And now that his home is almost completely full of books, he’s found a new way to get thrown-away books to the people who need them. Check out the video to find out more!

Want to follow in Gutiérrez’s footsteps and help children whose families can’t afford books gain access to quality reading materials to help them learn and grow? Click “next” below to send books to children, so they cultivate a love of learning that will serve them for the rest of their lives.