Routines keep us focused when we start drifting off course. They snap us back to reality and remind us that yes, we can do this. The words will come to us. Turning to a familiar writing ritual can help us find balance. Most authors have that one thing they do, even subconsciously, that sets the tone for a solid writing session.

Sometimes it’s as simple as creating the right lighting in a room or hearing songs from a favorite album. It’s the difference between churning out pages of your best work and wasting an afternoon staring at a blinking cursor.

At times, these rituals are taken to an extreme. Some of history’s most celebrated authors swore by unusual and bizarre rituals. It’s possible we owe many great pieces of literature to the fact that they were so meticulous in maintaining these strange habits. 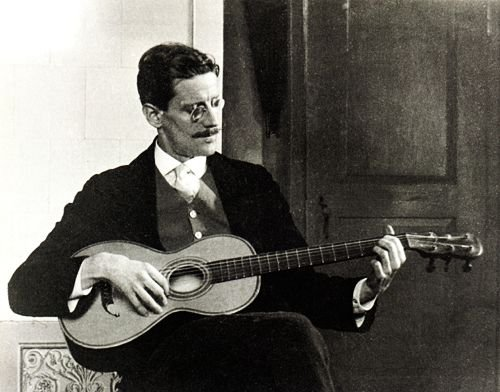 In honor of the writers who embrace their quirky routines, we are highlighting a few of the oddest rituals practiced by famous authors:

Crayons, a white coat, and a comfy horizontal surface. These were Joyce’s essentials. The author of Ulysses found his words flowed better while lying flat on his stomach in bed. Since he was severely myopic, crayons enabled Joyce to see his own handwriting more clearly, and the white coat served as a reflector for light onto the pages.

Most writers can’t afford to check into a hotel when the urge to scribble hits, but for Angelou, it’s the key to great writing. In the wee hours of the morning she’ll book herself a room with a special request: all distracting wall décor must vanish. Armed with a bottle of sherry, a deck of cards, some legal pads, a thesaurus and the Bible, she’s spent hours crafting prose in this carefully constructed environment stripped of almost all inspiration.

The creative genius behind In Cold Blood, Capote was a superstitious man. His writing rituals often involved avoiding particular things. Namely, hotel rooms with phone numbers including “13,” starting or ending a piece of work on a Friday, and tossing more than three cigarette butts in one ashtray.

In stark contrast to James Joyce, Hemingway was a firm believer in standing while writing.While working on The Old Man and The Sea,he followed a strict regimen: “done by noon, drunk by three.” This entailed waking up at dawn, writing furiously while standing at the typewriter, and eventually making his way to the local bar to get inebriated.

Didion holds her books close to her heart—literally.  When she’s close to finishing one, she’ll sleep beside it in the same room. “Somehow the book doesn’t leave you when you’re asleep right next to it,” she said in a 1968 interview with The Paris Review.