A Giant Publishing House Is Attacking An Artist Over An Idea They Stole.

The literary community has been abuzz with the news of the new Ladybird collection for adults, which is to be released in November, 2015. The beloved British board-book series is set to release eight books in the exact style their children’s series. But their subjects are anything but childish: The Hipster, The Hangover, and The Midlife Crisis are among some of the new releases.

But there is a dark backstory behind all the hilarity… 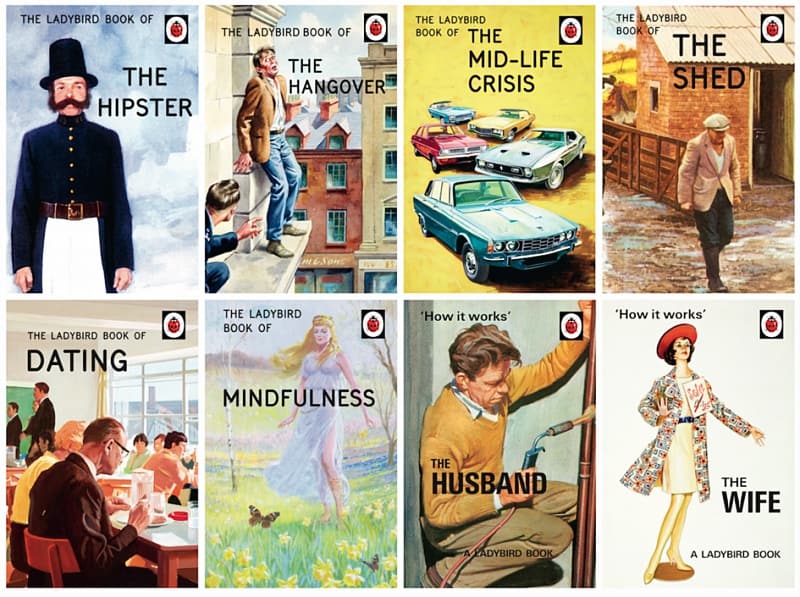 The Ladybird book series first secured their copyright in 1915, making this year their centenary celebration! For 100 years, Ladybird books have simplified life’s mysteries for children; books dealing with everything from fairy tales, to British heritage and pirates! One thing that set them apart from the other children’s publishers of the era was that they used professional/commercial artists to illustrate the books. The series’ dry, fact-filled style of writing, paired with their iconic art style solidified Ladybird’s reputation in the world of children’s literature.

But no icon is above parody… 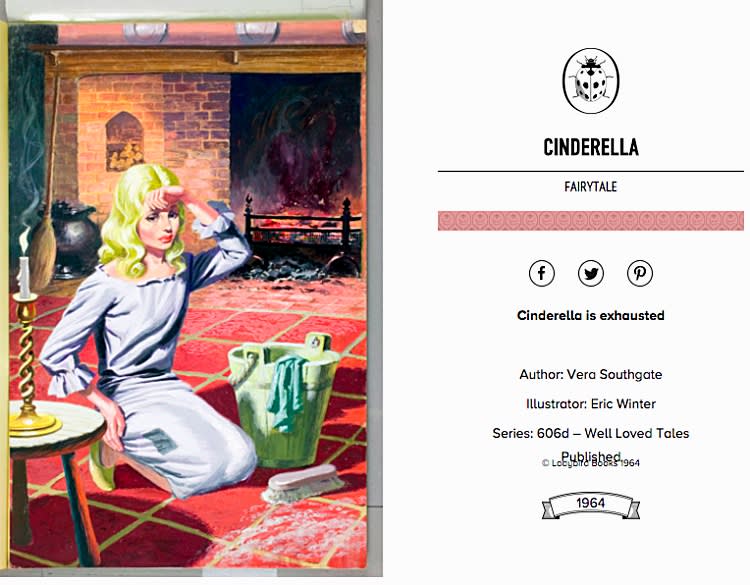 In December of 2013, a talented British artist named Miriam Elia published her own take on the Ladybird series. For those of use who aren’t well-versed in British colloquialisms, ladybird is their nickname for what Americans call the ladybug. Elia took the ideas of Ladybird books and applied a more contemporary spin to them: Dung Beetle Learning.

Dung Beetle released “We Go To The Gallery,” a humorous faux-children’s-book using the tropes of the classic Ladybird series. In Elia’s book, the children go to an art museum in present-day England. The children learn the meaning of art but also of nihilism. Elia used plain language and simple sentences to teach children words and concepts relevant to contemporary society. She explained to Channel 4:

“It contrasts these two worlds: the optimistic world of the 50s with, well, everything that came after it.”

The children are given harsh lessons about beauty, truth, and mortality from their mother. And, in the Ladybird style, readers are taught new words, like “rubbish,” “violate,” and “capitalist.” The result of Elia’s project is a hilarious, contemporary take on the beloved Ladybird series.

But Ladybird did not feel the same way… 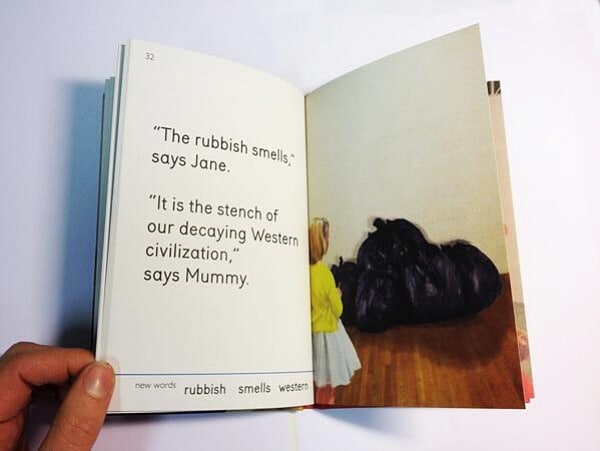 Ladybird (a large company under the umbrella of Penguin Publishing UK) sued Miriam Elia (a lone, independent artist). According to a Tweet excerpting her correspondence with Ladybird, the publishing company felt that people would confuse her book as a Ladybird original.

“The Book [sic] is clearly calculated to be mistaken for a genuine, authorized Ladybird book, yet its content is entirely outside the scope of that which we would consider acceptable reading material for children and junior readers.”

Elia was told that she could sell enough copies to cover her costs (she had crowdsourced money to fund her book), but remaining editions had to be forfeited. Another win for corporations everywhere. But Ladybird’s victory is made all the more surprising with the announcement of their new series coming out in November, 2015! 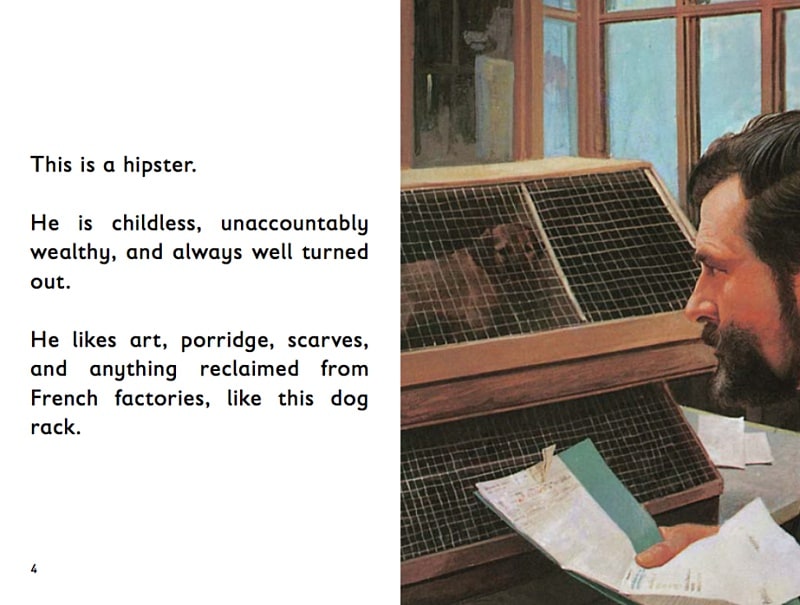 Ladybird has announced that they will be releasing a new series of books to celebrate their centenary. The books will be loving parodies, tackling contemporary problems that adults might face, but doing so in the style of their classic releases for emerging readers. Ladybird has even recruited two comedy writers, Jason Hazeley and Joel Morris, to spearhead the project. Penguin describes the series like this:

“The large clear script, the careful choice of words, the frequent repetition and the thoughtful matching of text with pictures all enable grown-ups to think they have taught themselves to cope.” 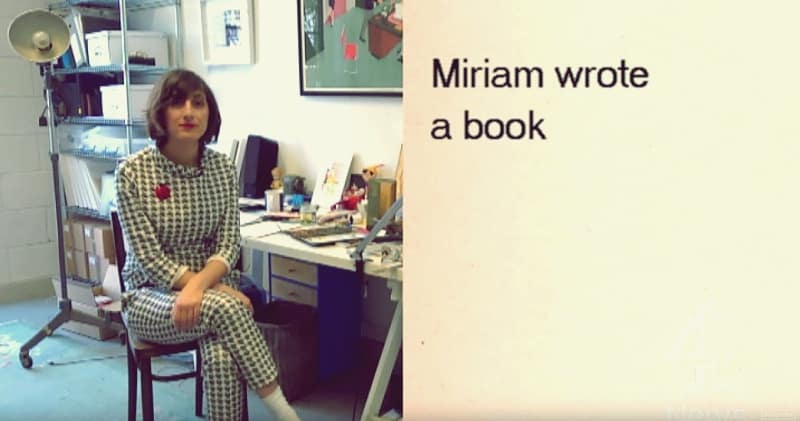 Miriam’s story in the style of Ladybird / Via Channel Four

It appears as if Ladybird is doing the exact same thing they sued Miriam Elia for. They are creating a humor book for adults using the format of the classic Ladybird books, using cynicism and dark wit alongside stylized images.

A debate is forming over this issue. On the one hand, Ladybird should be able to do whatever the want with their own books. If they want to parody their series with adult themes, they should be allowed to do so. And what a fun, tongue-in-cheek way of celebrating 100 years of children’s books!

But what about content that is —to use their own words— “entirely outside the scope of that which we would consider acceptable reading material for children and junior readers?” Are they not doing the exact thing that they sued Elia for? Or are both parodies unacceptable for subverting the wholesome qualities of board-books?

Either way, we’re glad to see these parodies pop up. Imitation is the sincerest form of flattery, and what books would be better to pay homage to than the ones that gave baby-boomers answers to so many of life’s questions?

The only question left, however, is which book earned the right subvert children’s literature: the Dung Beetle or the Ladybird?