For the past few years, filmmaker Zach Both has lived a rather unconventional life. In 2016, Both made the choice to transform his old Chevy van into a mobile studio, which then allowed him the freedom to both live and work throughout the United States. After enjoying living his nomadic life, Both made the decision to pursue stationary change, but his more permanent abode is still rather unconventional. 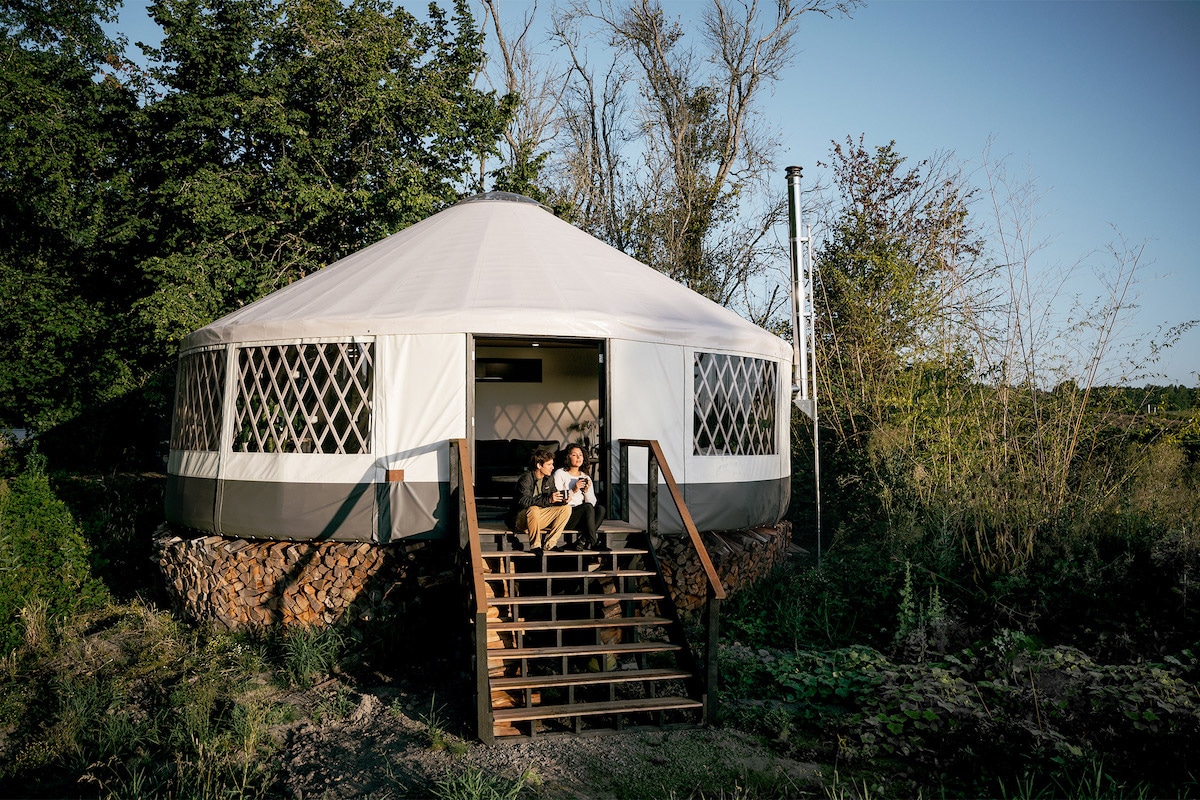 Both told My Modern Met, “Last fall I retired this nomadic lifestyle for life in a yurt. Over a period of several months, my girlfriend and I designed and built a contemporary-styled yurt on the outskirts of Portland.”

A yurt is a form of housing that has been around thousands of years. The design and materials have altered and changed over time, but the basic form of the circular structure remains the same. 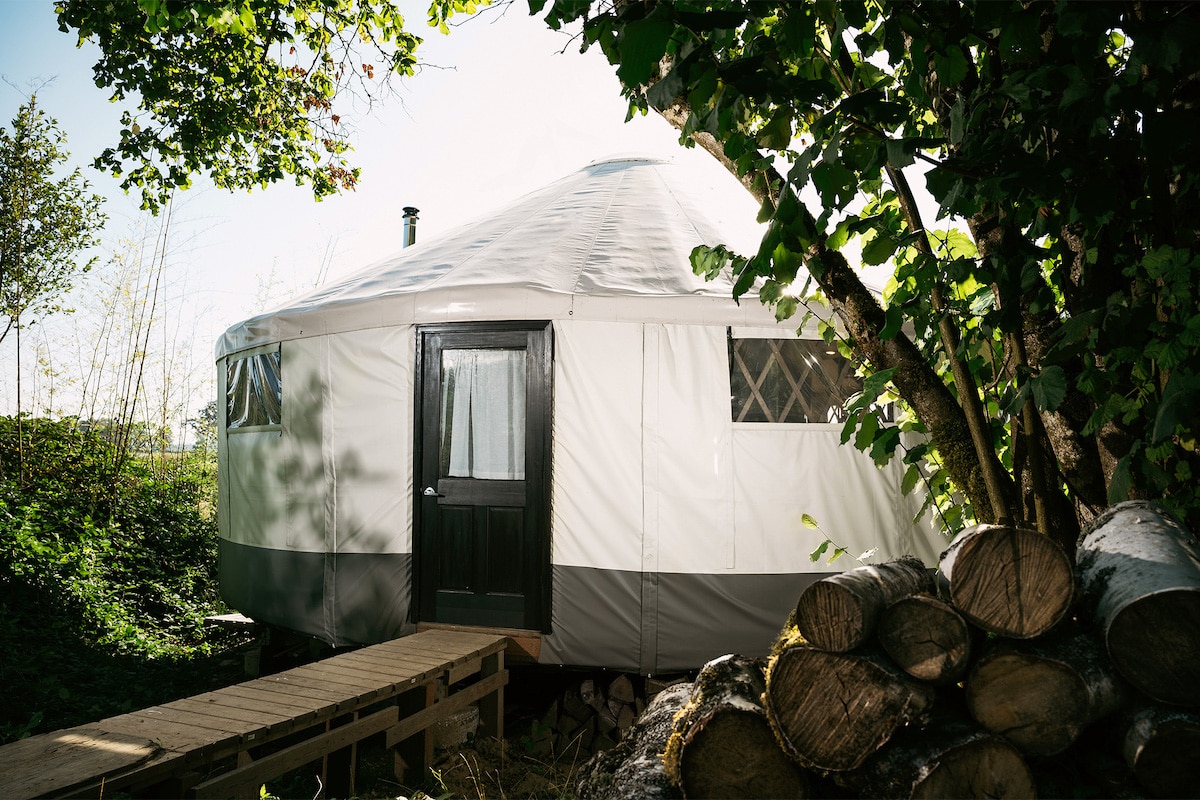 Both writes, “The definition I’ve developed is a circular structure that consists of lattice walls and a roof built with rafters that adjoin to a center ring.”

Working with this framework, Both and his girlfriend – along with a little help from friends and family – managed to construct their own yurt, which included these elements, but also had a fresh contemporary twist which is appealing. 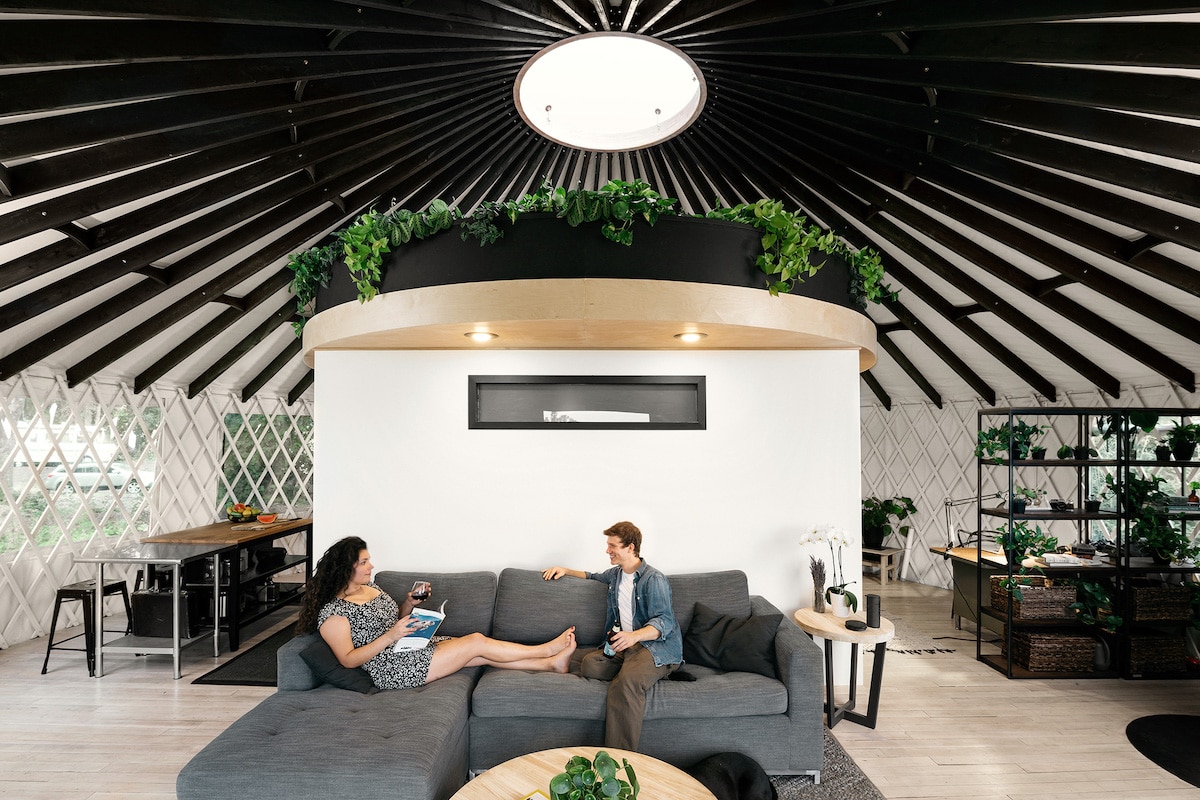 “Despite its reputation as a rustic camping structure,” Both explains, “our yurt includes many of the creature comforts you’d find in a normal home.” 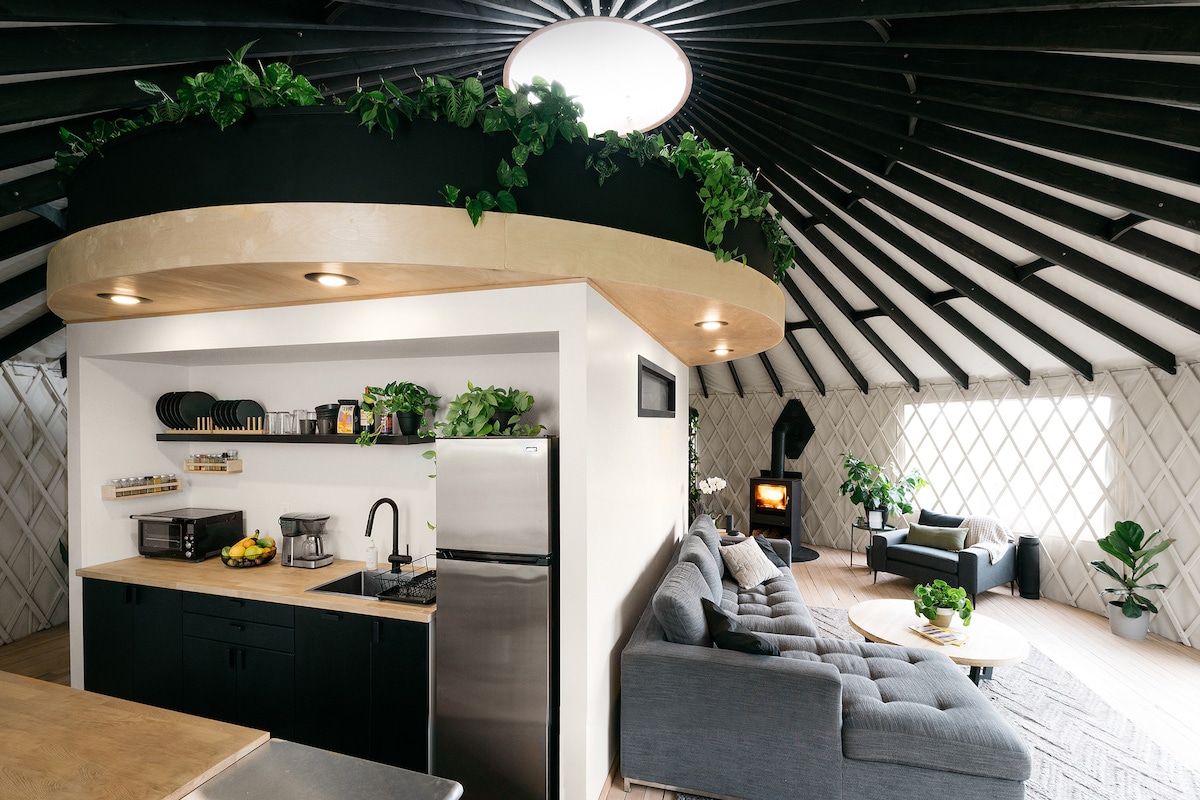 While the whole of the circular space is an open concept, there is one enclosed area in the middle of the yurt – and that’s the bathroom. Based around this central point other parts of the yurt are based like the living room, office area, and full-sized kitchen – all of which are based in a neutral color scheme. 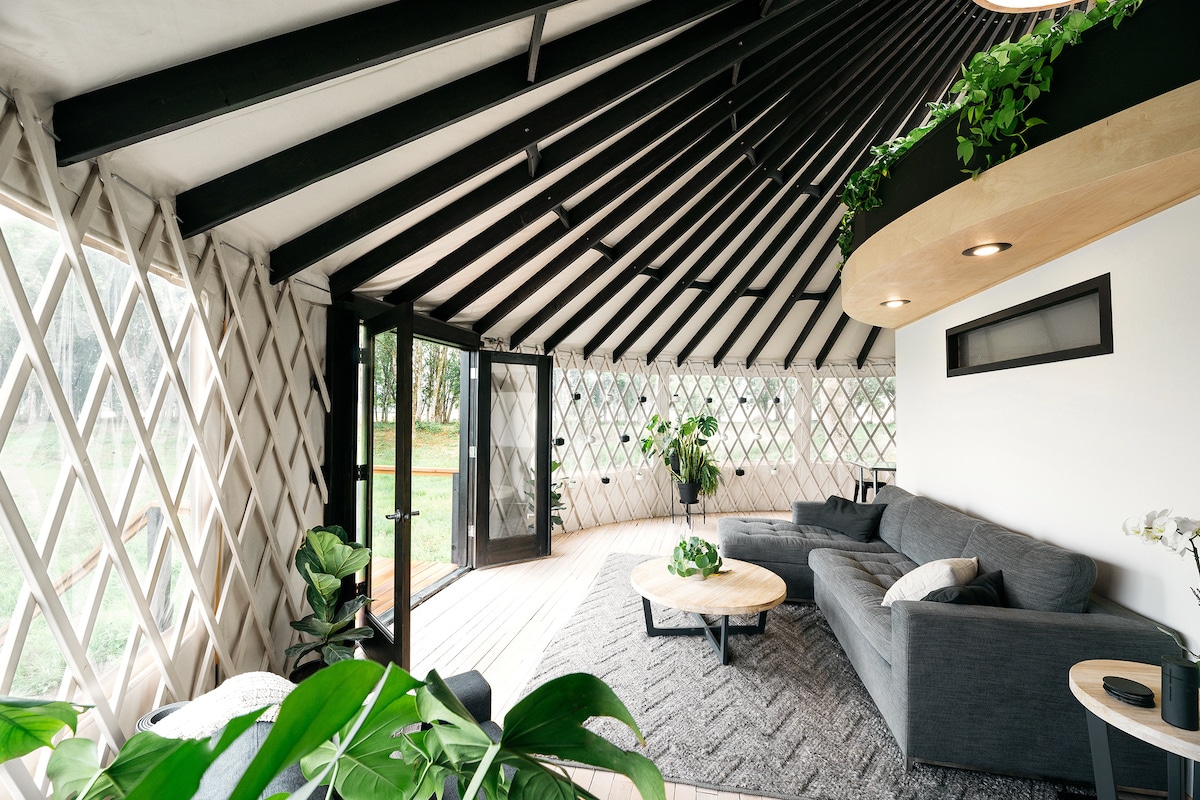 Following this is the most striking feature of the home, which is the vividly green houseplants, all potted at the edge of the lofted bedroom. Besides being the statement pieces, they also give the yurt a jungle-like vibe. 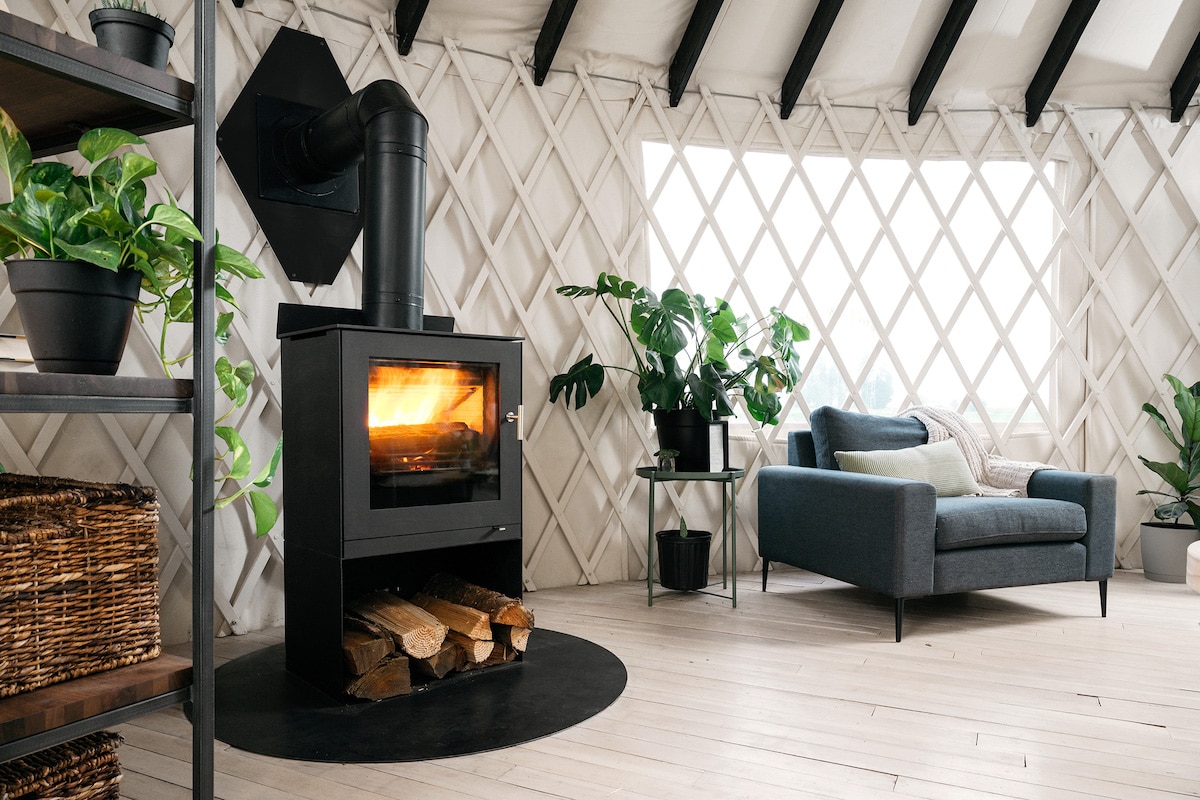 On his website, Do It Yurtself, Both included the documentation of the building process. The website offers a free guide with tips, tricks, as well as resources like yurt manufacturers in North America. 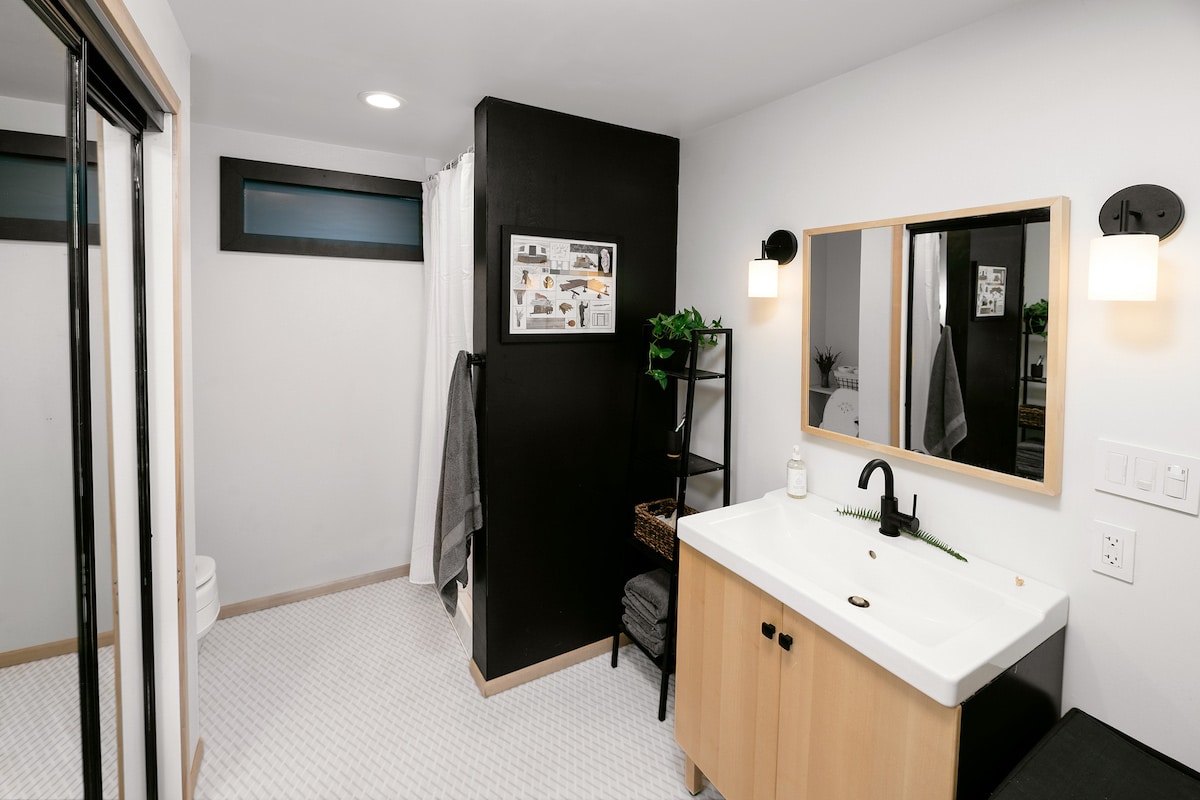 Check out some of our favorite pictures of the yurt below: 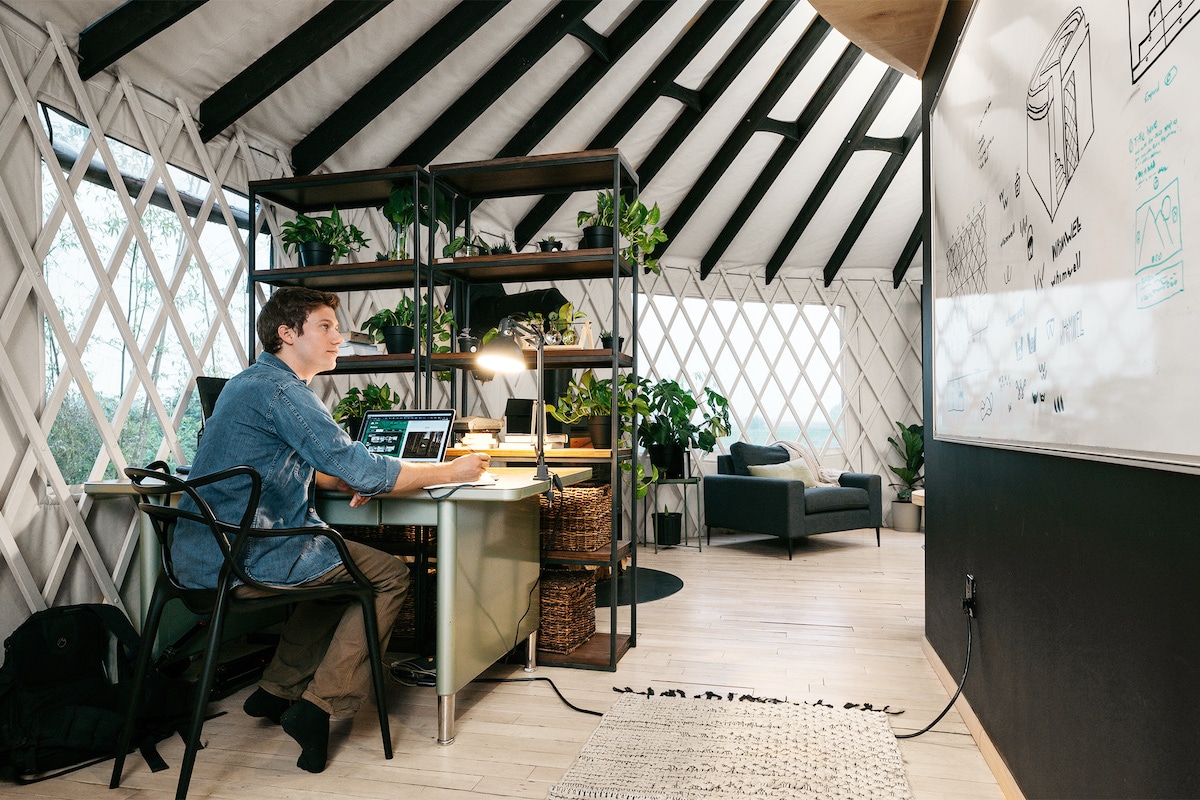 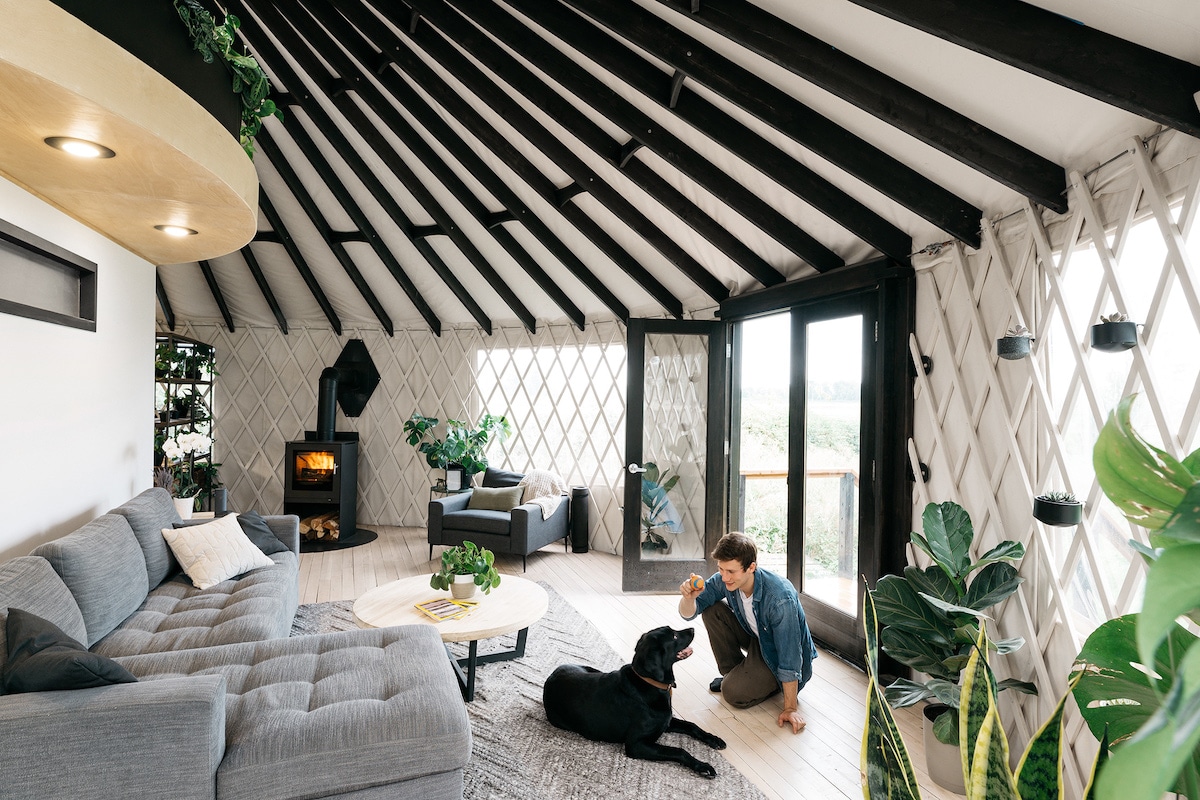 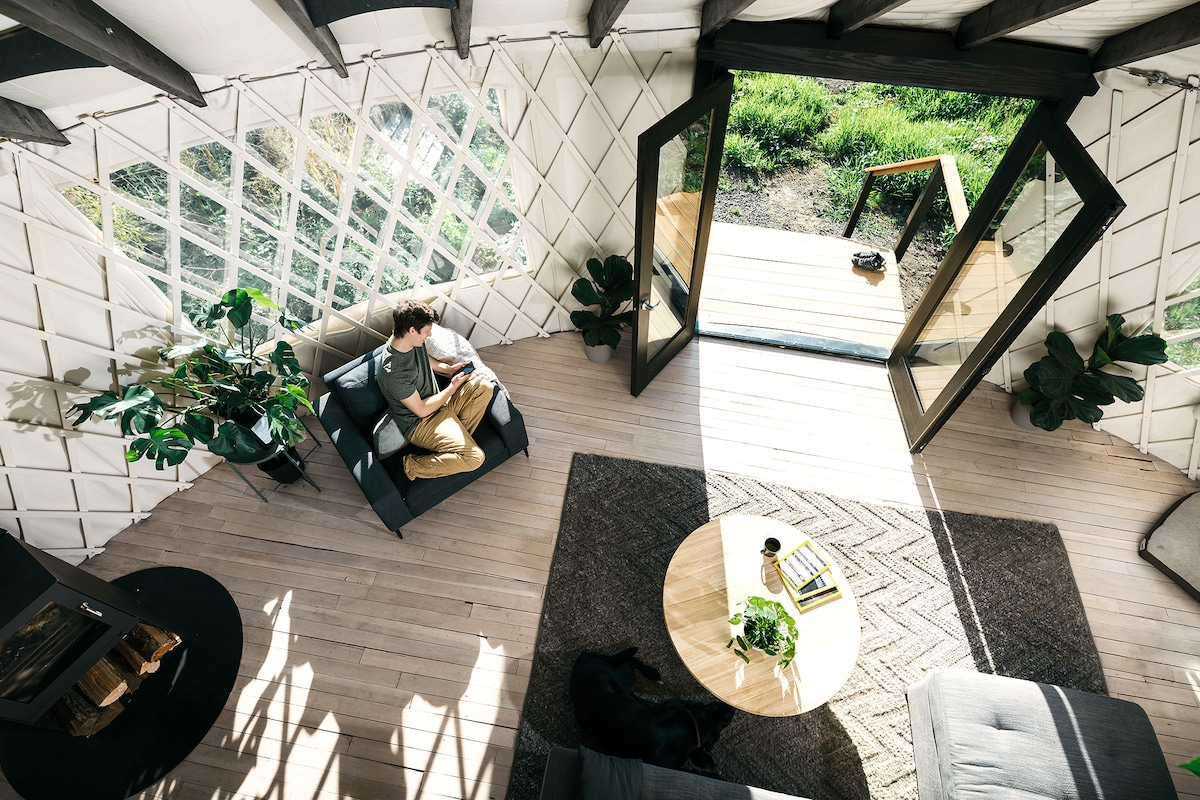 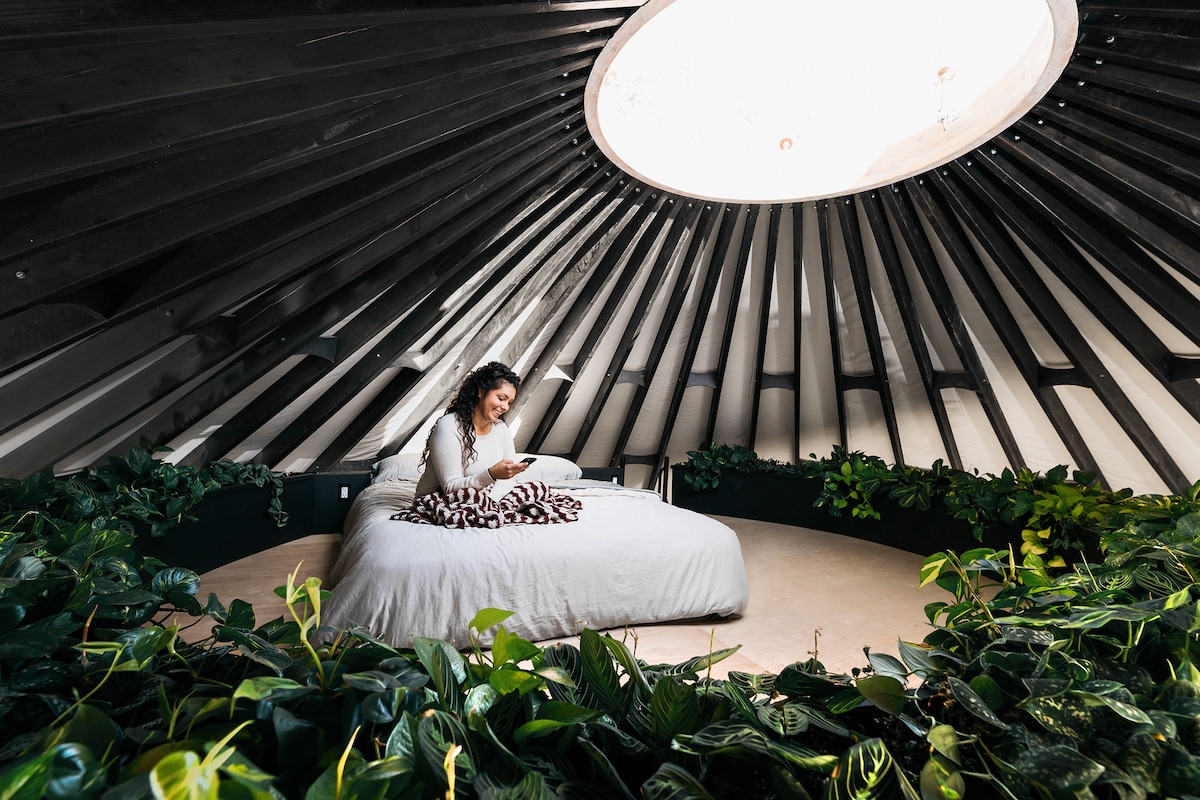 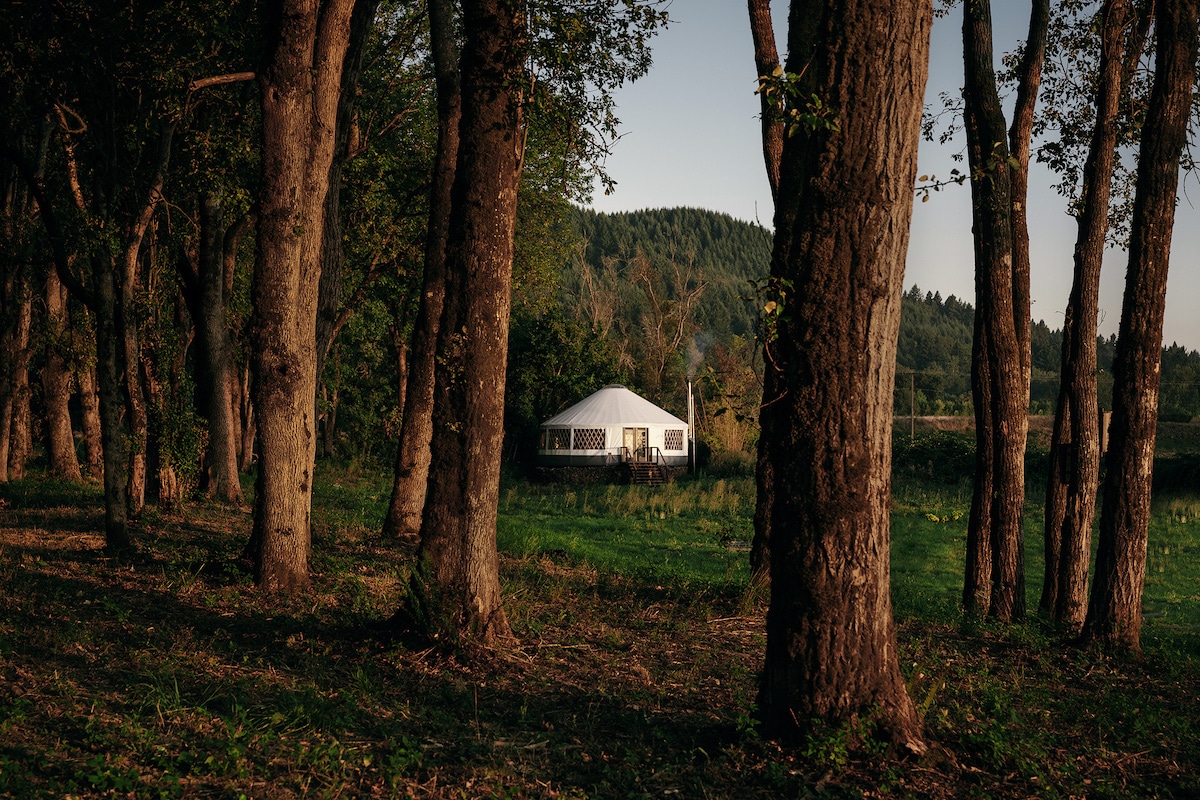