Campbell and his family live in Hobart, Tasmania, where Campbell is one of nine children.

Three years ago, when Campbell was nine, he asked his mom if he could buy presents for kids in the hospital, and his mother had to tell him no — with nine kids, there wasn’t anything extra to go around.

But Campbell didn’t let that stop him. He told his mom that he would make the kids presents, then. Sonya supported the idea, assuming he would make a few paintings and be done with it. But Campbell had something different in mind…

“Being kind and not mean will change the world a lot.” –Campbell 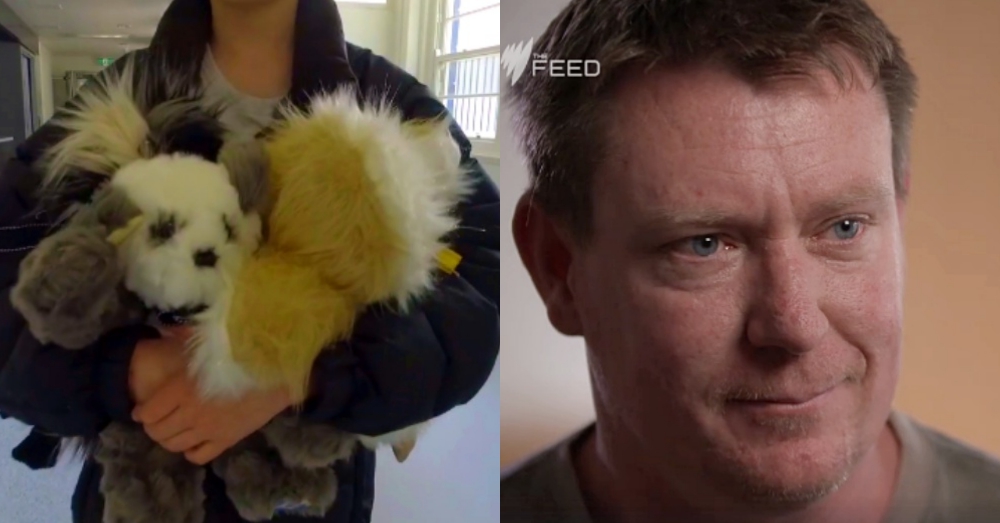 Campbell decided to sew together different kinds of teddy bears.

He printed out sewing patterns online but he didn’t understand what they meant, and his mother was unfamiliar with them as well. Still undeterred, Campbell muddled through the instructions on his own. After about five hours, he had cobbled together a bear — one he dubbed a “ratty, wiggly bear” — and he was hooked! He became more and more efficient at sewing, and quickly honed his skills.

Now, he can make a teddy bear in about an hour. He does lots of “pocket money jobs” to get the funds for his venture, and people also donate the resources he needs. At this point, he’s made hundreds of bears!

“I suppose in a glimpse he makes teddy bears and gives them to children,” his mom says. “But what it really is, is he looks at sadness and tries to turn it upside down.”

The family is familiar with sadness: five years ago, one of their own became sick, and they’ve been grappling with it since. But they’re also familiar with resilience.

About a year ago, Campbell gave his father Nathan a special bear, a “Winner Bear” — and something incredible happened.

“There’s a little bit of magic in them,” his dad says about the bears, with tears in his eyes. “A lot of magic in Campbell, though.”

Watch the video to learn more about this extraordinary boy and his family — and make sure you watch until the end.