Some of you may have never heard of letterboxing before. Much like mailboxes are places to leave messages, letterboxes function in a similar way. But, in order to leave messages at these boxes you have to follow a set of clues. And once there, you don’t leave a hand-witten note, but rather, one that is carved. This hobby goes back much farther than geocaching, but combines some of the orienteering and adventuring of its younger cousin with some creative craft skills. 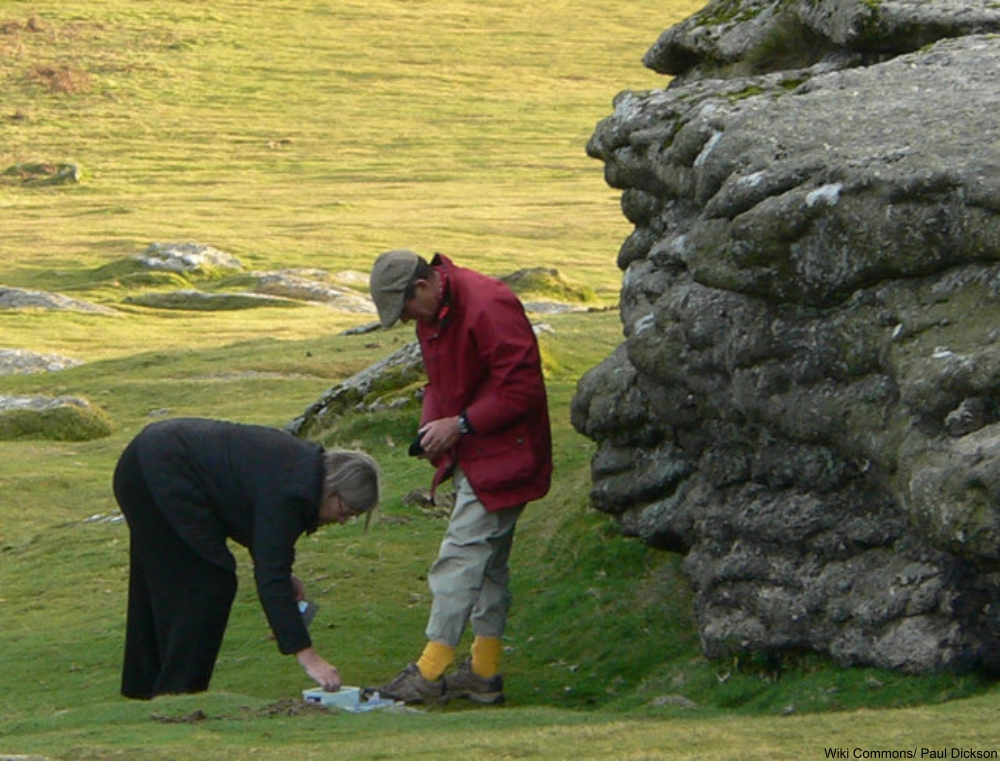 Letterboxing in the U.K. Via/ Wiki Commons

Letterboxing started in the U.K. in the 1850s with one local, James Perrot, leaving a bottle with his calling card in it and then encouraging others to do the same. Over the years the hobby has evolved into somewhat of an art form. While the boxes are not often too hard to find, the clues given to find them can be cryptic. 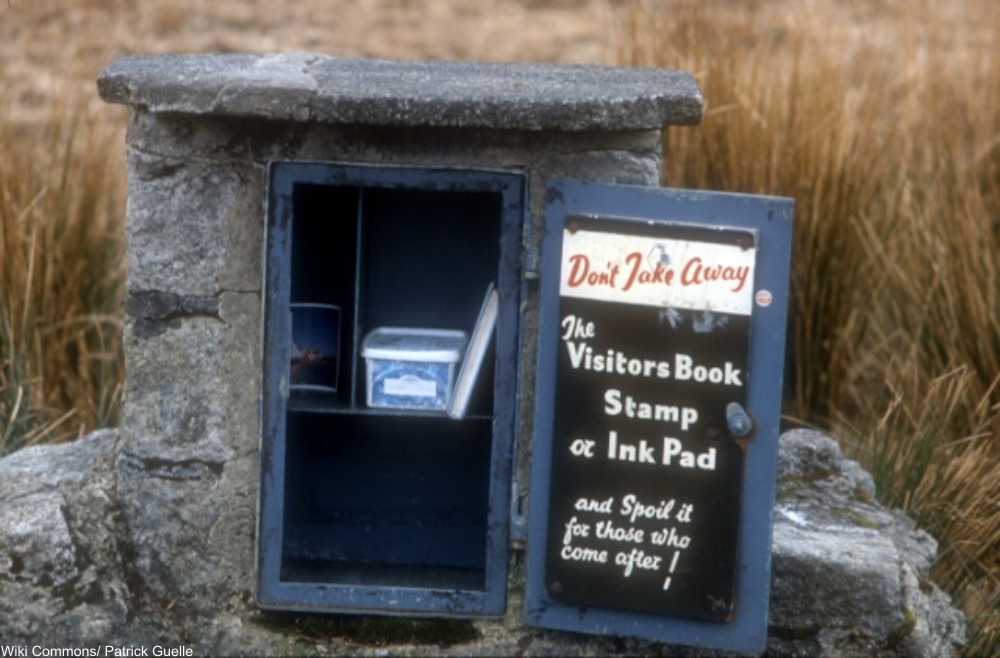 Cranmere Pool letterbox in the U.K. with fun sign inside. Via/ Wiki Commons

In the U.K. clues were once upon a time given only in certain catalogs and publications and only fellow letterboxers knew where to look for them. Low tech methods like following directions and using a compass were employed in order to find them. But, letterboxing became quite unique in that folks began to carve their own unique rubber stamps with which to mark on-site books instead of leaving calling cards. 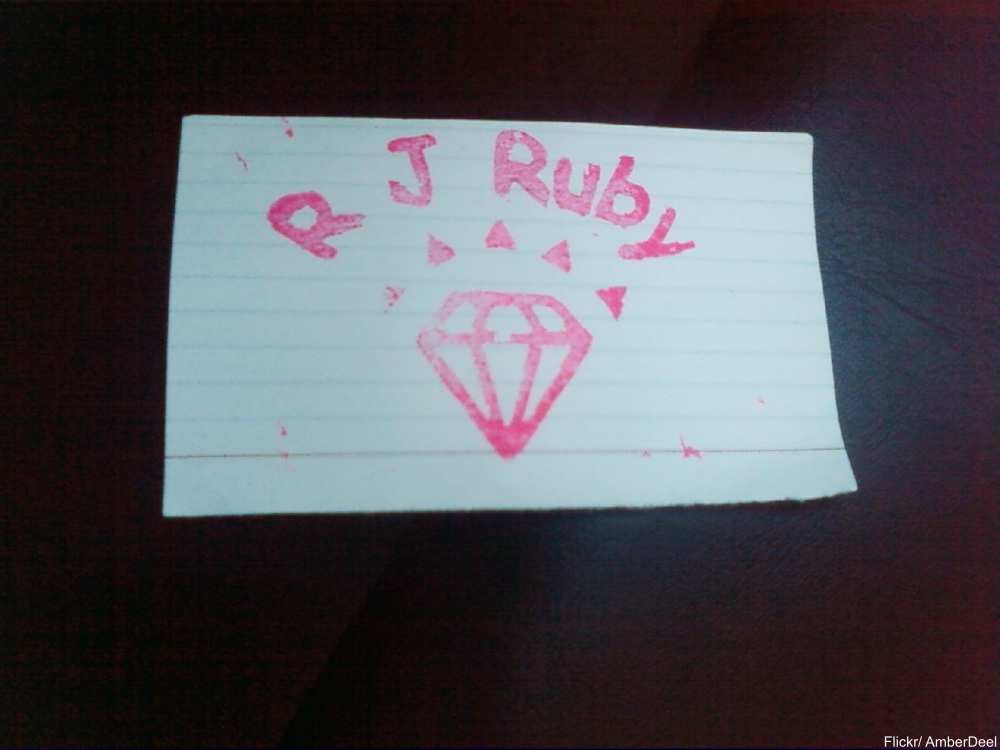 These books function like guestbooks in the letterboxing world. When you find a letterbox you stamp your book with the stamp from the box and then stamp the box’s book with your unique stamp, leaving a trail of where you’ve been. Some folks like to add photos of the journey or who they were with to their books in order to make it almost more of scrapbook.

The handcarved or custom-made stamps are considered to be one of the best parts of these adventures, with some folks in the hobby creating elaborate “overlapping” stamps which require multiple stamps to create one image. 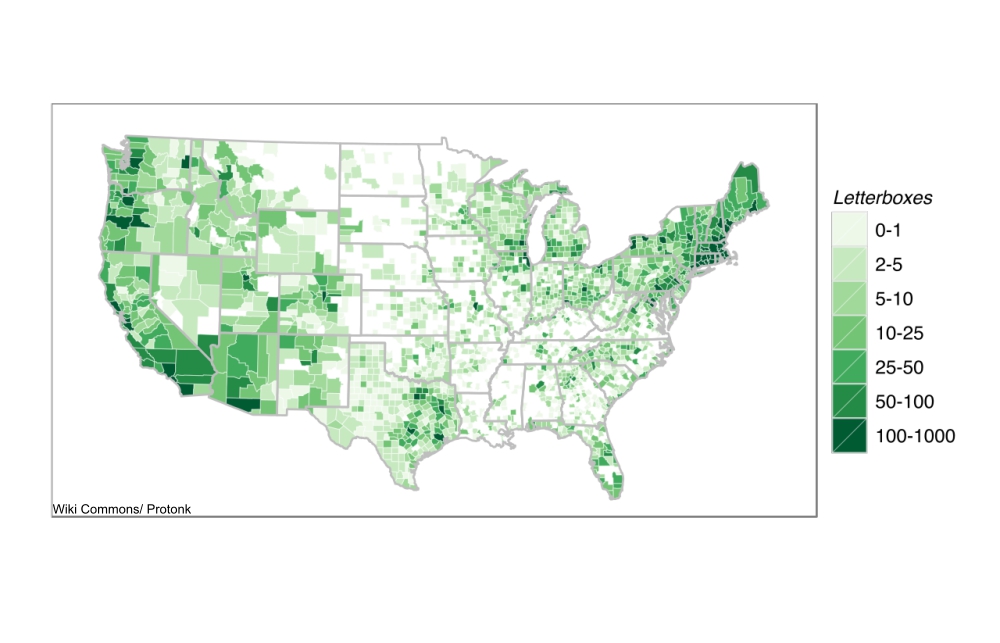 Graph of letterbox distribution across the U.S. circa 2010. Via/ Wiki Commons

The hobby has now spread to the U.S. after a Smithsonian article in 1998 made people stateside aware of this hobby and there are currently letterboxes all over the U.S.

While geocaching can be a fun hobby, we can’t help but think that letterboxing is the real original, made all the sweeter with those handmade rubber stamps!

If you enjoyed this then click the “Next Page” button to check out the places that only exist to catch forgers!