There are so many old buildings that just capture the imagination. Log cabins with odd additions or thatched roofs come to mind, but what about living inside a giant tree stump? These quirky old structures are unlike anything you’d see today – outside of an amusement park that is! But here’s the thing, folks actually lived in these houses once upon a time. 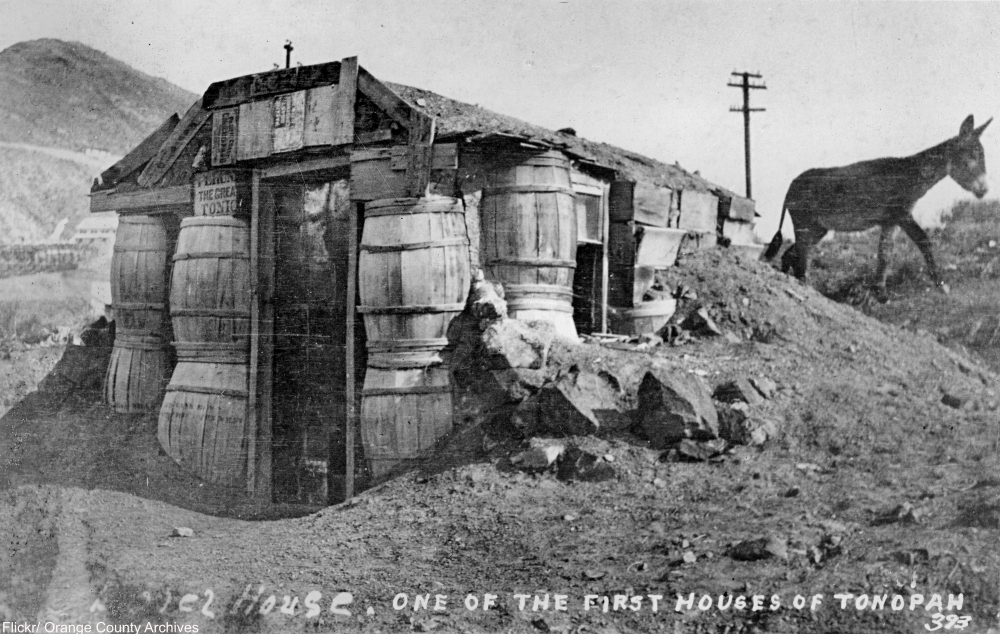 Barrel house in Tonopah, Nevada. Early settlers made buildings of whatever materials they has on hand. A replica of this building was later constructed at Knott’s Berry Farm. Via/ Flickr 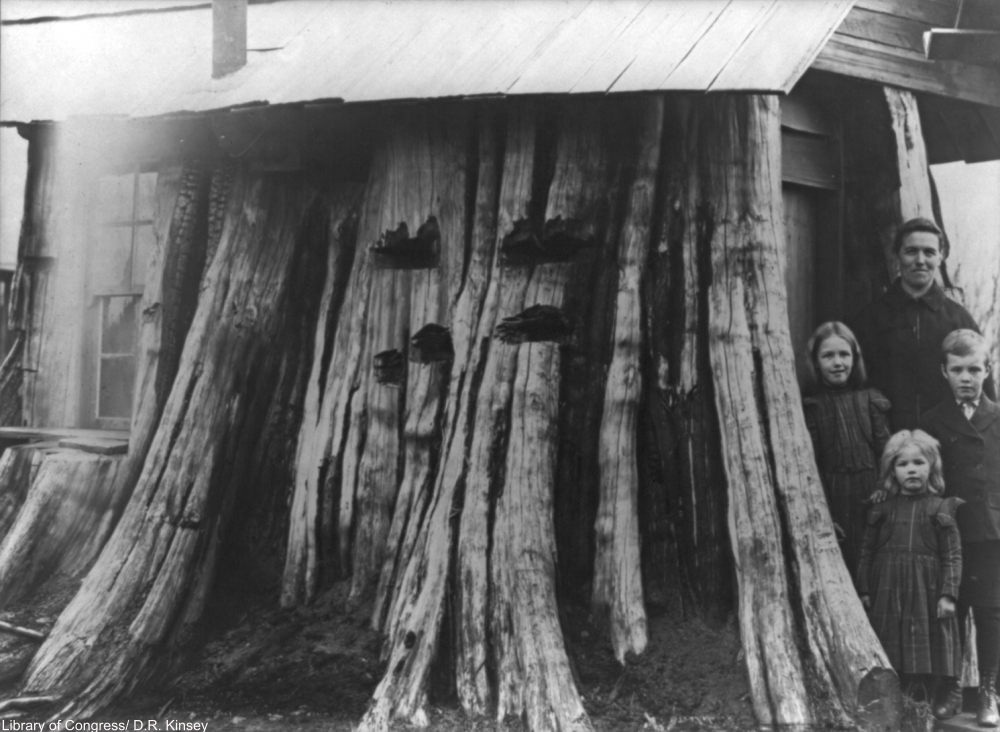 Early settlers in Washington. Cedar stump residence, circa 1901. Via/ Library of Congress 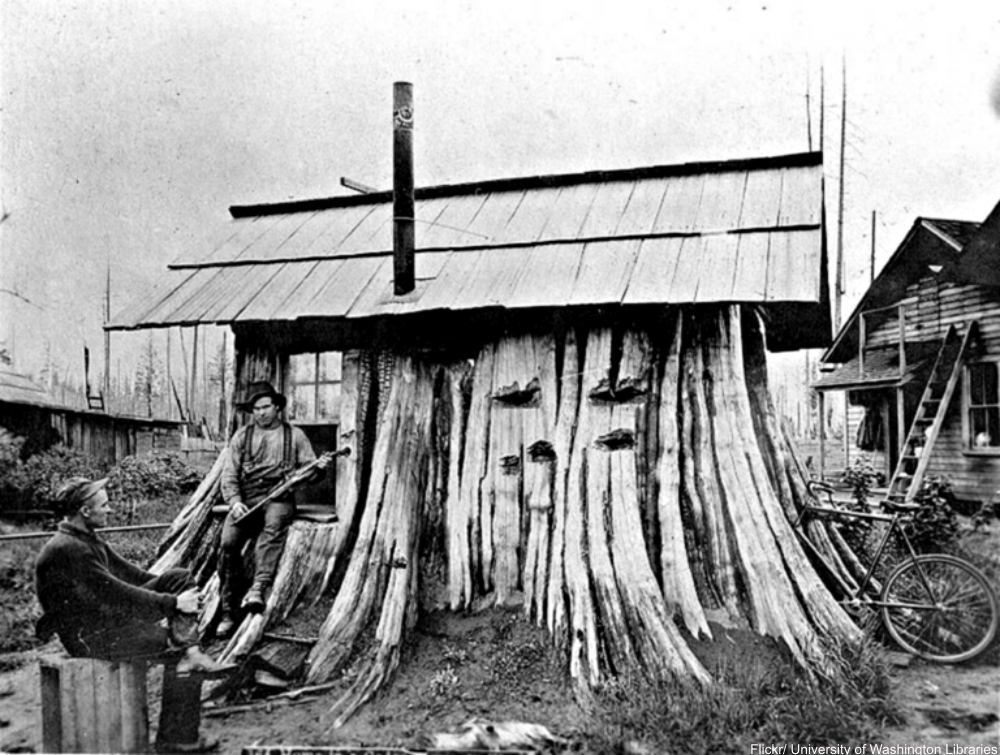 Same house as above from another angle. Via/ Flickr 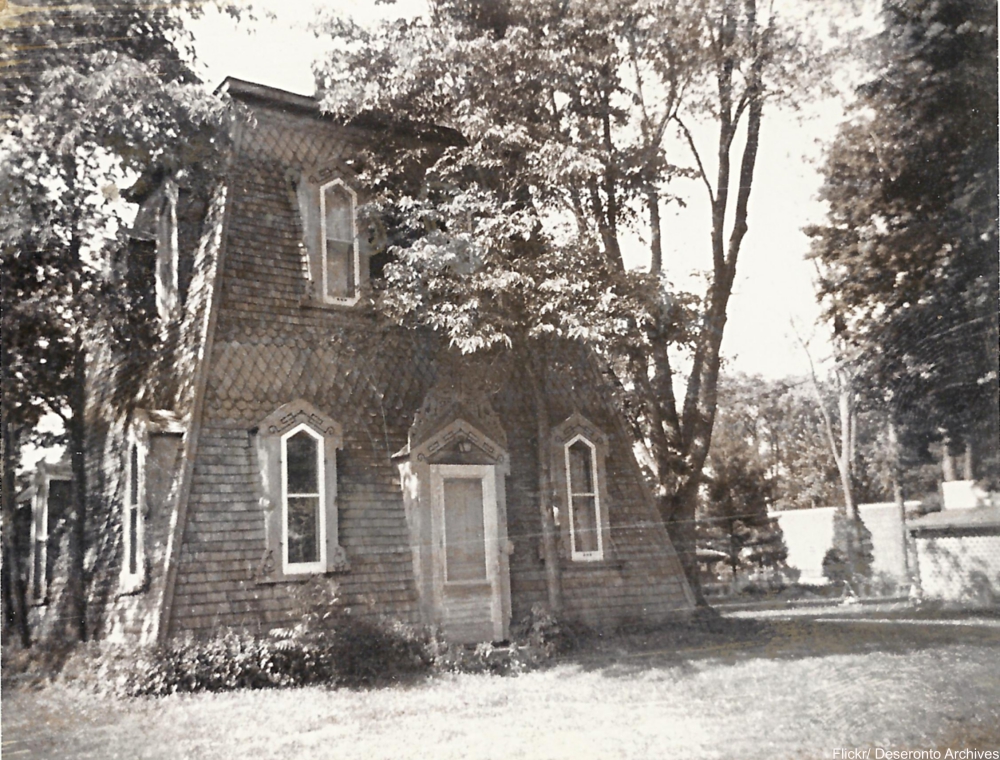 Slope-sided house in Ottawa believed to have once been a former water tower. Via/ Flickr 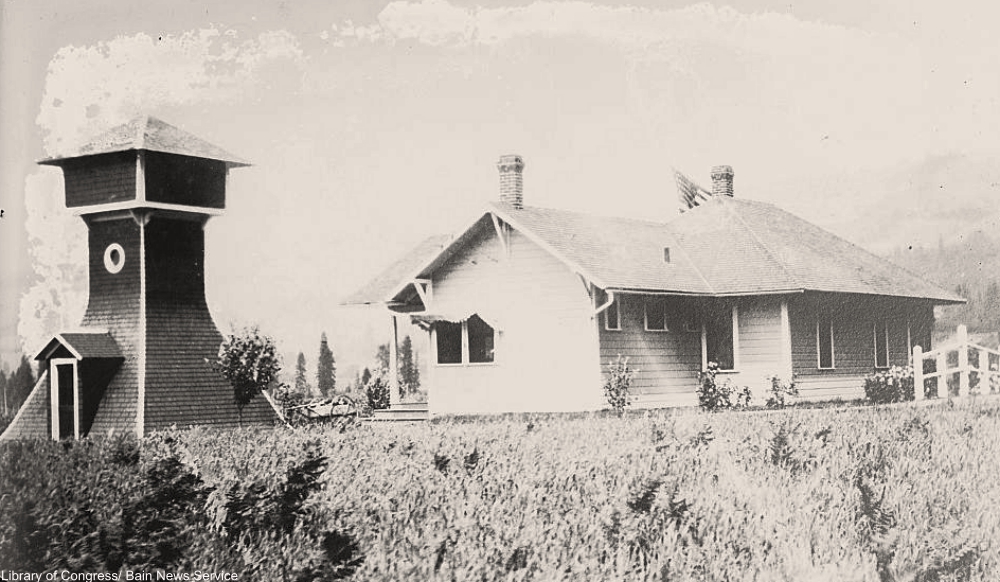 Since the birth of photography, subjects like unusual landmarks were the stuff of postcards and cabinets cards, so we’re lucky we have some photographic evidence of these wonderful old buildings which are pure magic. From cedar stumps to giant logs to shanty boats, these unique homes remind us of something from a folktale! 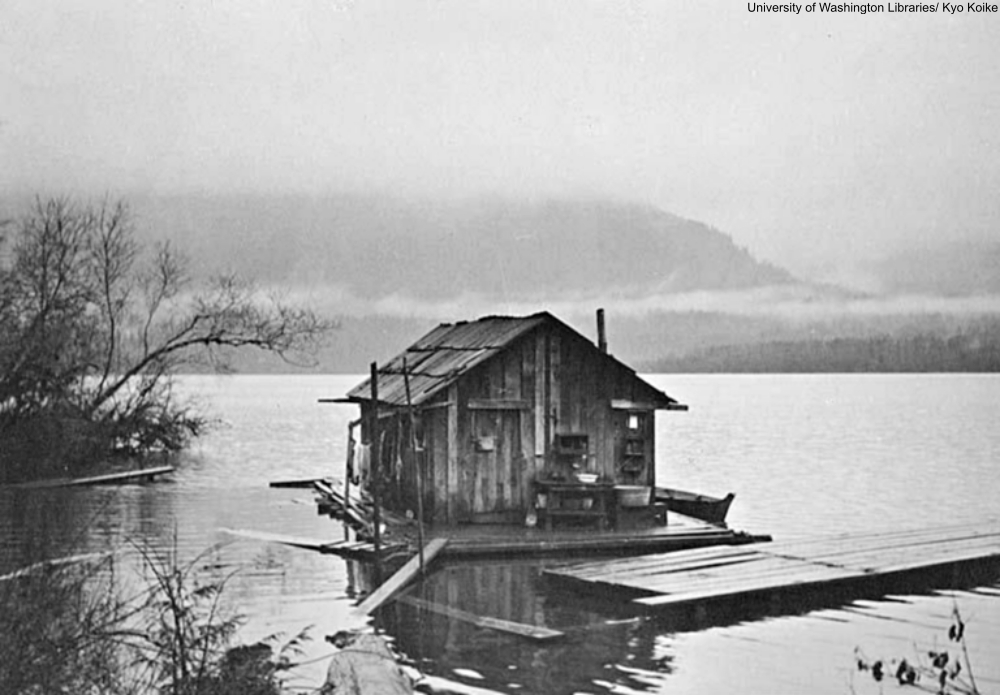 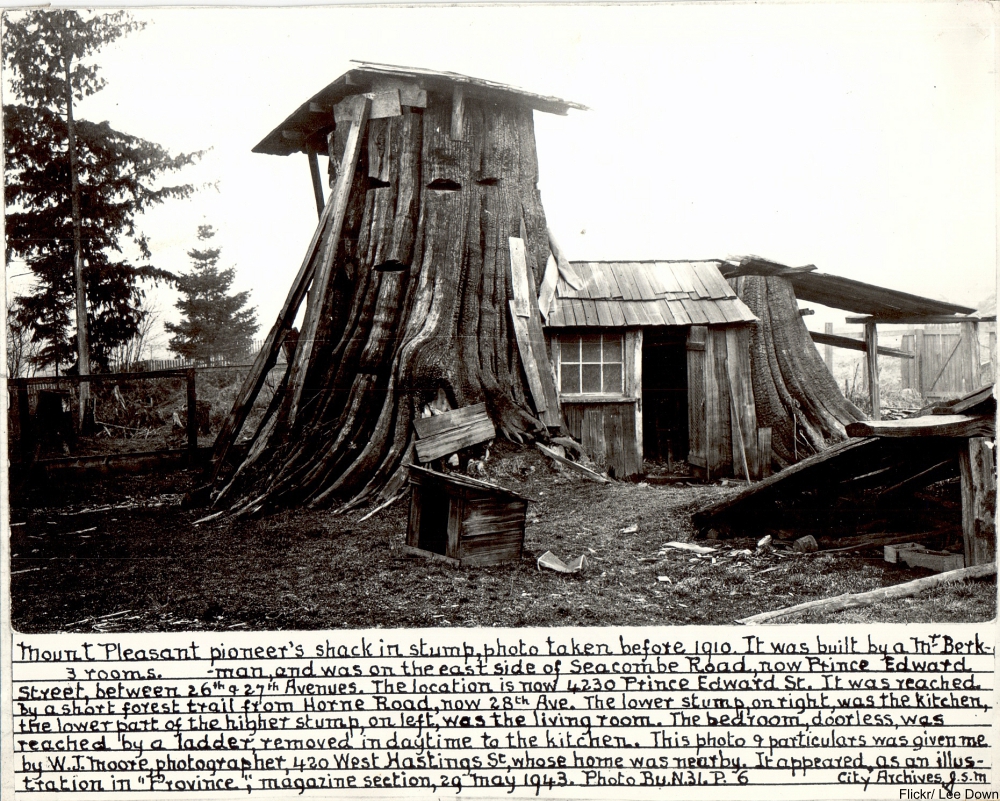 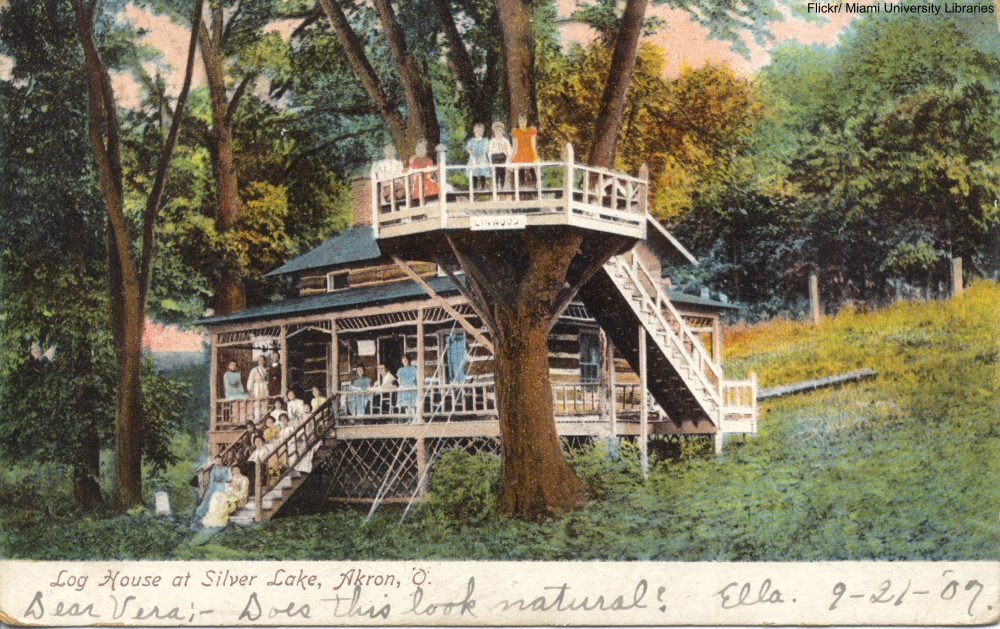 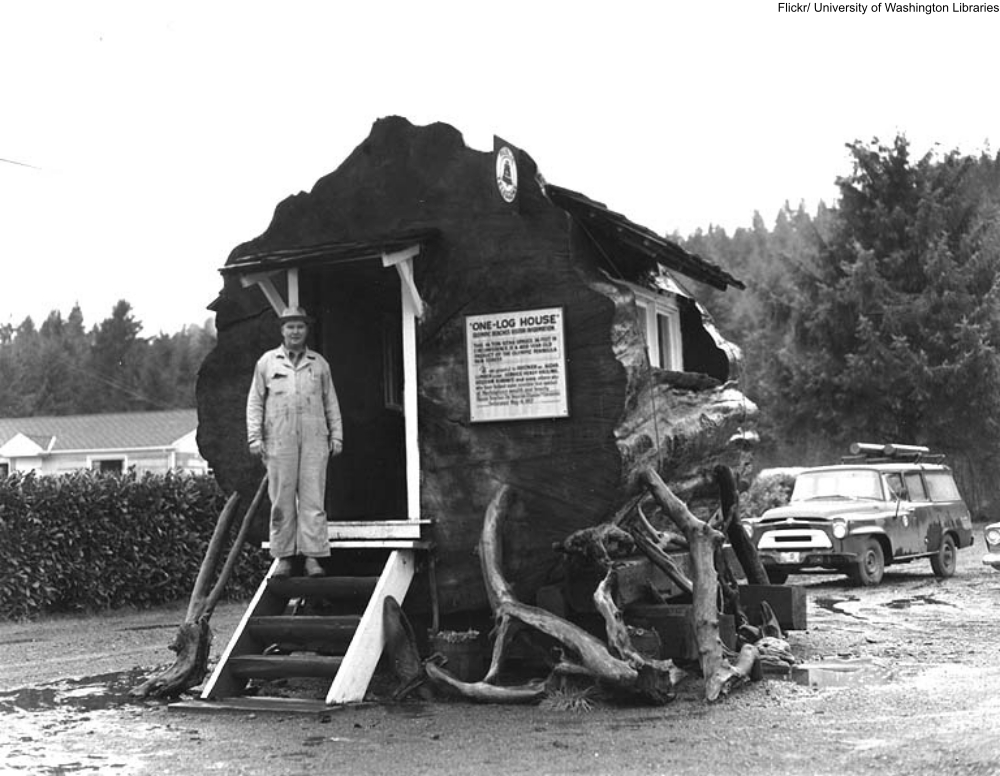 “One log” house from a single section of tree cut with a chainsaw, Washington State, 1958. Via/ Flickr 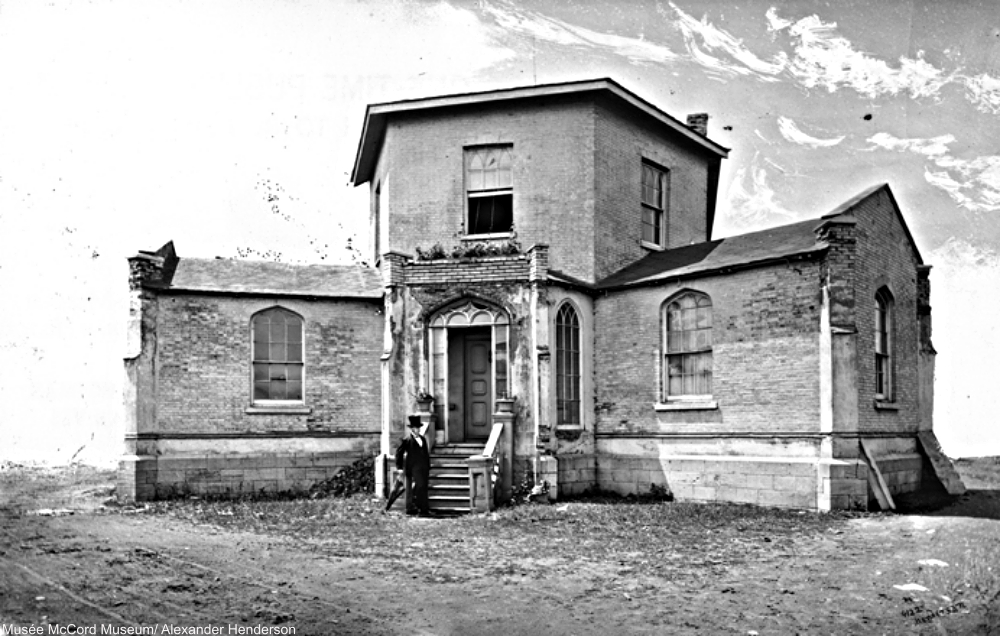