It may not be your kids’ favorite veggie, but spinach has managed to win over plenty of picky eaters in recent years. Little by little, it’s shedding its old reputation and experiencing a sort of renaissance at the kitchen table. The reason why? Spinach is chock full of feel-good nutrients. After all, there’s a reason Popeye went so crazy for this stuff. As greens from the garden go, spinach is a real fighter when it comes to your wellbeing. Packed with energy-boosting iron and a host of others vitamins and minerals, spinach is key to maintaining a healthy diet.

Late spring and early summer is peak spinach season. Whether you’re enjoying it fresh from your own garden or from the local market, we encourage you to make it part of your mealtime routine. Think beyond ordinary salads: spinach is yummy sauteed with garlic, baked in breads, tossed in pasta, even blended into dips, smoothies and soups! 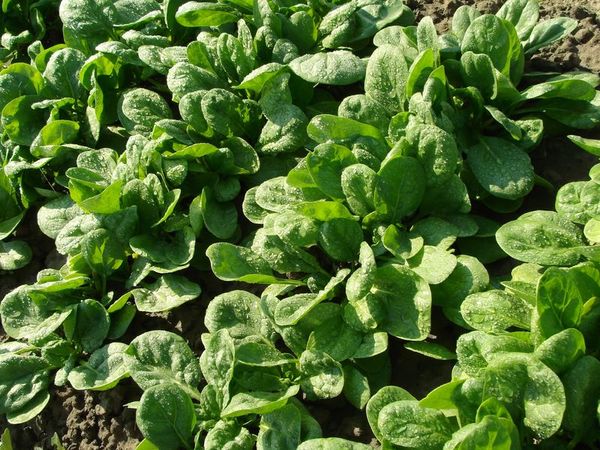 To celebrate spinach season, we’re sharing some fun trivia about this super veggie:

1. Spinach can trace its bad rap to a 1928 New Yorker cartoon that depicted a child turning down a plate of spinach at the dinner table. ‘It’s broccoli, dear,’ the mother says, trying to coax her daughter into tasting the suspicious veggie. ‘I say it’s spinach, and I say the hell with it,’ retorts the child.

2. A half cup of cooked spinach contains 10% of your daily recommended value of iron. Iron facilitates the transport of iron to working muscles. This means increased energy and physical endurance– a necessity for athletes!

3. There are three main varieties of spinach: Flat leaf is the best known and most popular. Leaves are smooth and shaped like tear drops. Savoy and Semi-Savoy, the other two types, are wrinkly and more intense in flavor.

4. Beyond iron, spinach turbo charges your system with B vitamins, Vitamin A, C, K and E, dietary fiber, calcium and magnesium. A plate of spinach is the equivalent of a bear hug for your immune system.

5. Fresh spinach is the best spinach! That’s why growing your own is so great. These leafy greens are most nutritious just after they’ve been picked, and even if you refrigerate them, they lose a little bit of their healthful qualities with each passing day. After 8 days, they’ve already lost 50% of those nutrients! If you want your spinach to last a long time, freeze it while it’s still fresh.

6. Two U.S. cities claim to be the ‘spinach capital of the world’: Crystal City, Texas and Alma, Arkansas. Each April in Alma, there’s a spinach festival.