The Aftermath of the 1906 Earthquake in Photos

At 5:12 AM on April 18th, 1906, one of the most devastating earthquakes ever recorded in the U.S. The quake was felt from Oregon to Los Angeles and put the city into ruins. The resulting series of fires burned huge sections of the city blocks at a time, leaving metal cages in the street where incinerated streetcars lay, and the city in complete chaos. The impact of these events is still felt today as many records and files were lost in the fire. 28,000 buildings were destroyed and around 3,000 lives were lost during the events that followed this infamous earthquake. 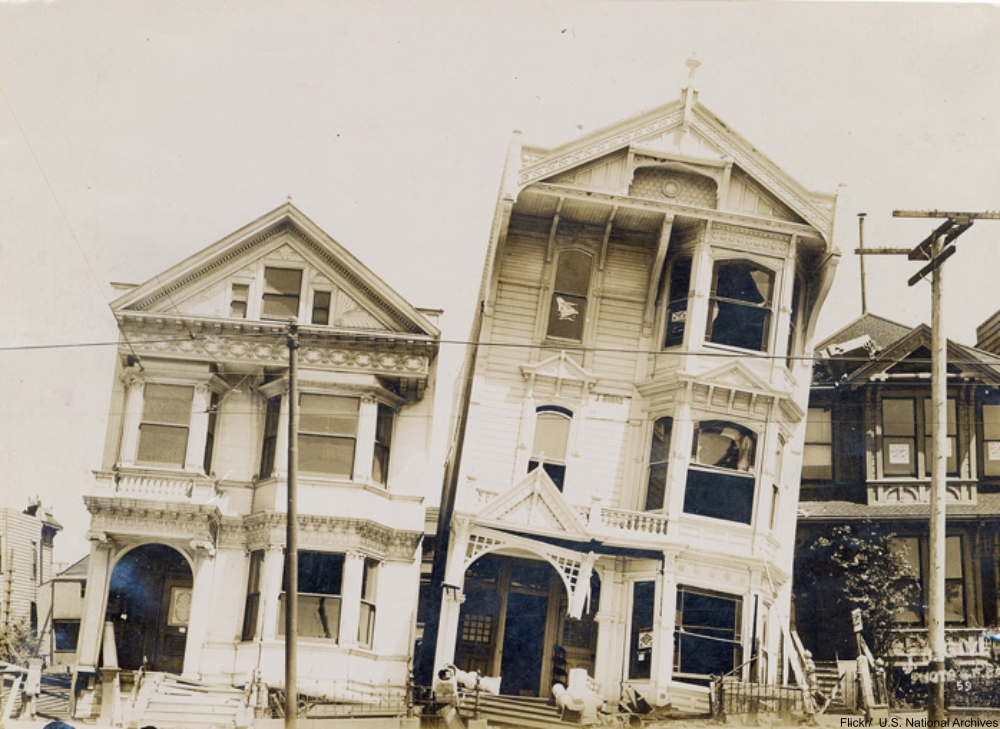 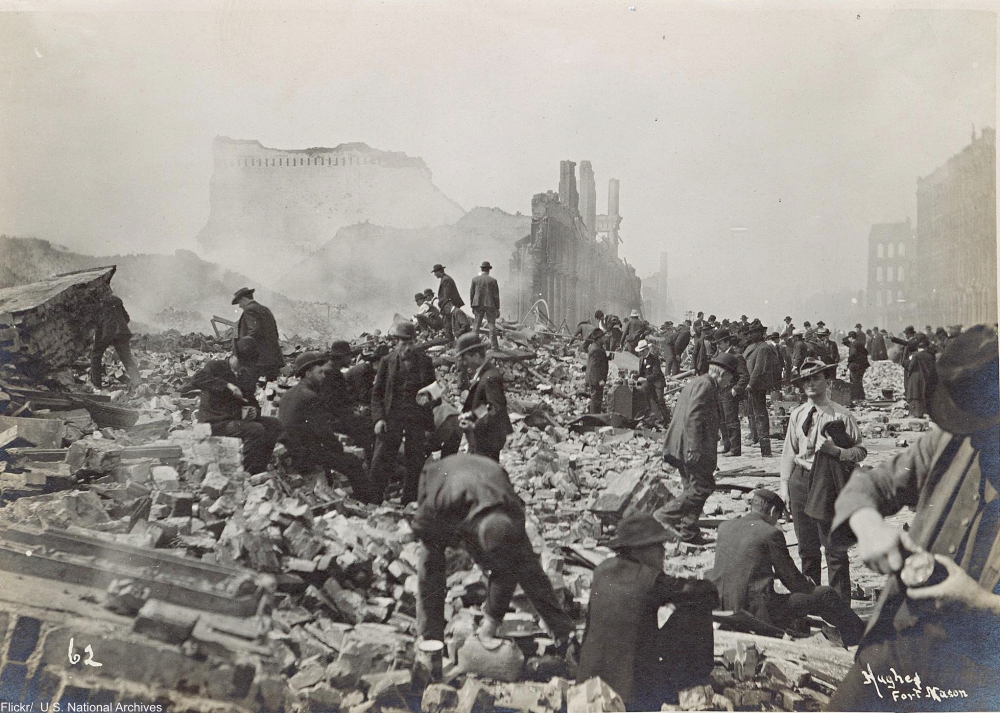 People pick through the remains of homes and buildings, original caption calls them “souvenir hunters.” Via/ Flickr 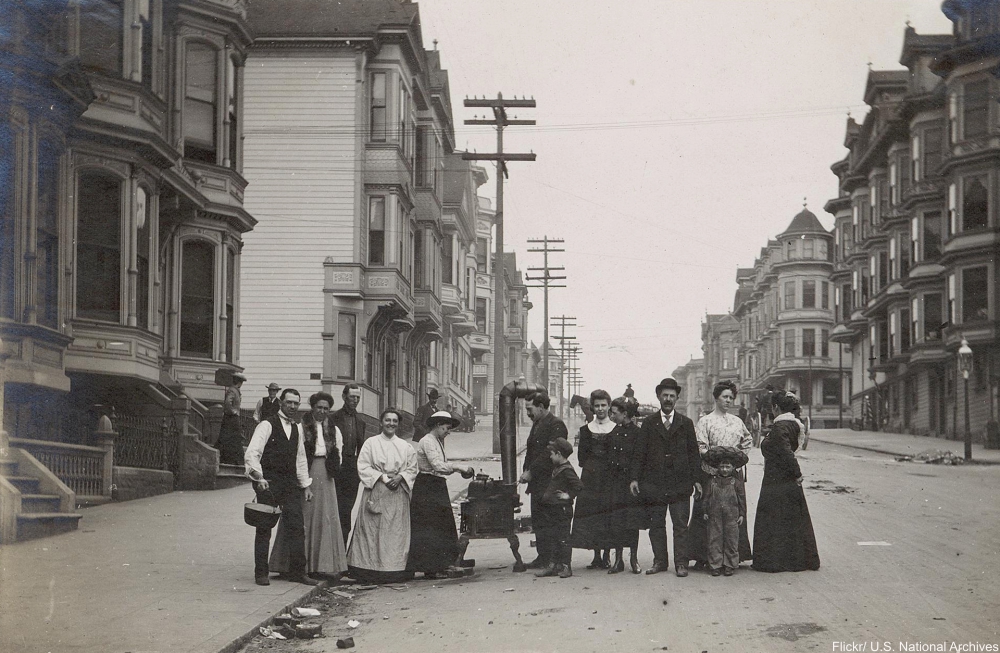 After the extensive fire caused by the earthquake, cooking indoors was prohibited for a time and all cooking was done in the street. Via/ Flickr 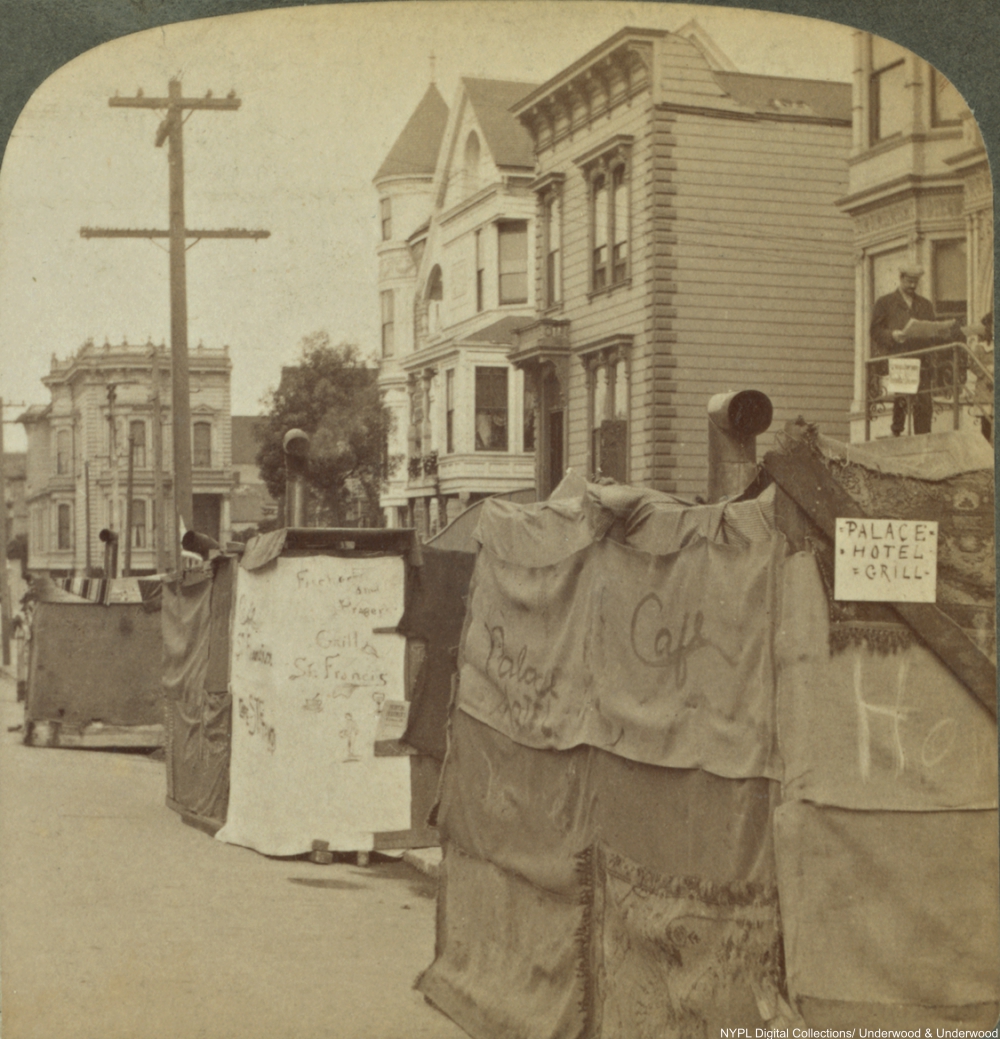 Makeshift restaurants in the street made of fabric and tarp with humorous reference to fine hotels and eateries on cardboard signs. The cooking ban greatly impacted restaurants. Via/ NYPL 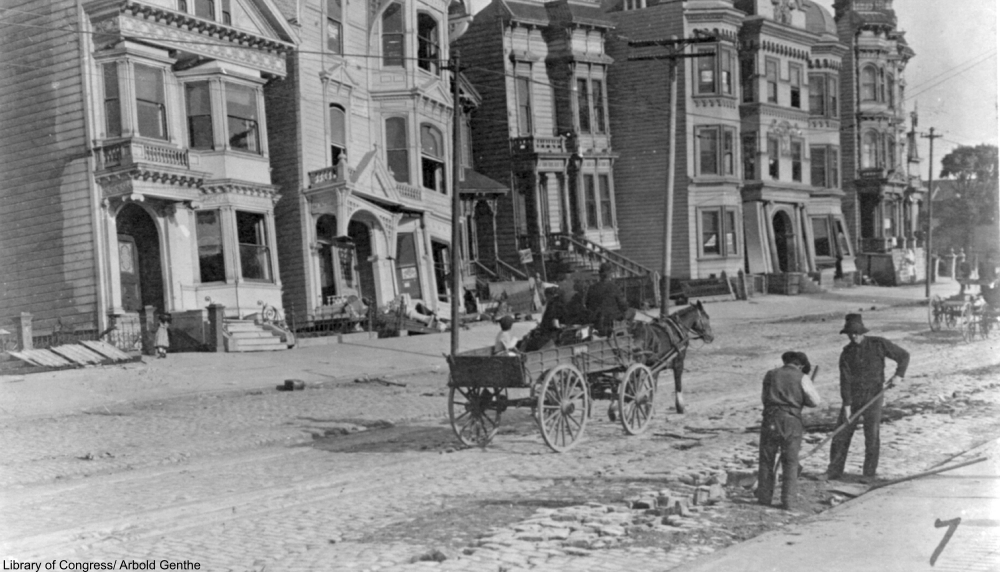 Two men clean rubble from the street. Via/ Library of Congress 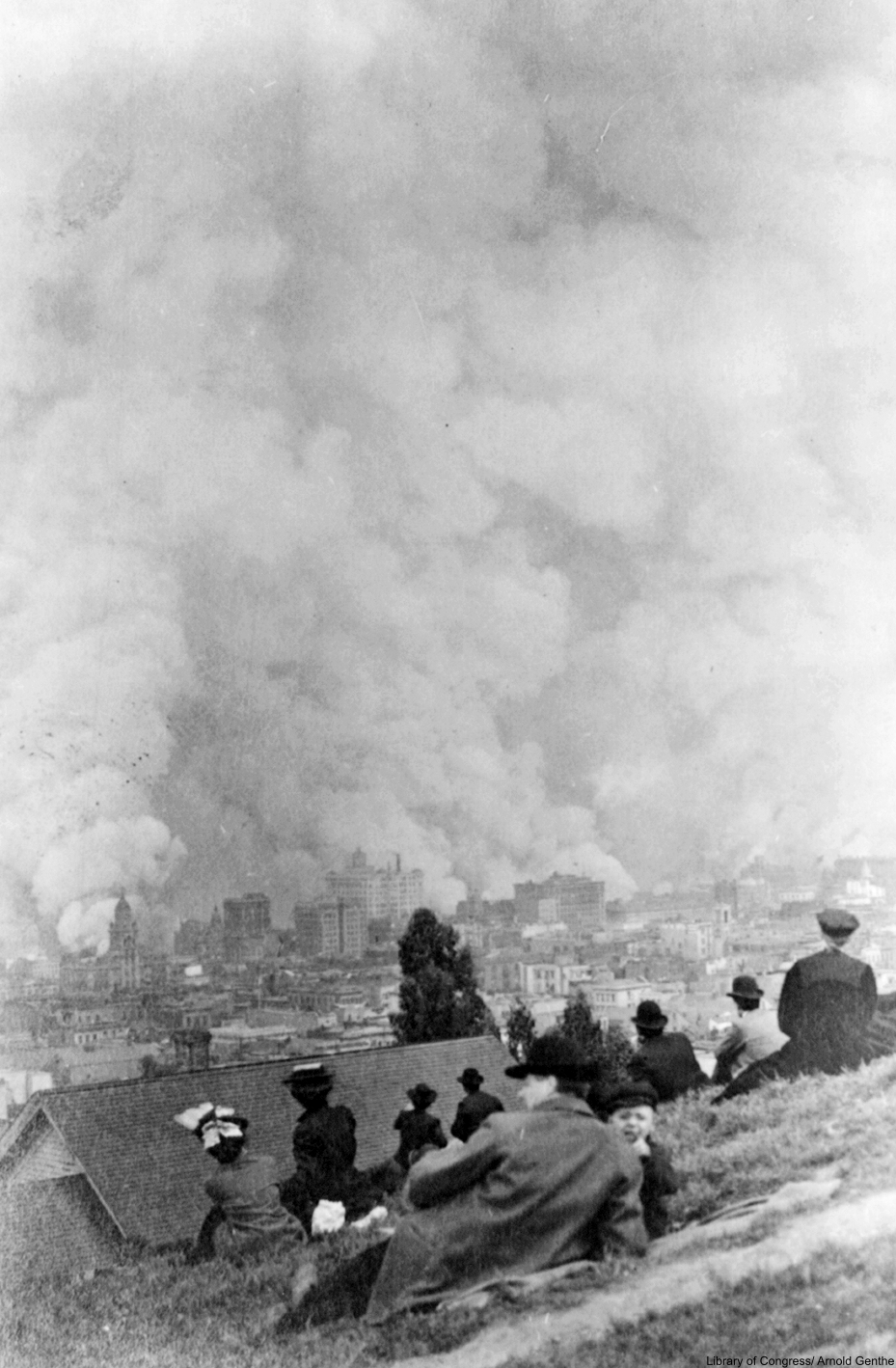 Great clouds of smoke visible from the outskirts of the city. Via/ Library of Congress

Although there have been more powerful earthquakes since the 1906 quake in San Fransisco, many of them have happened in remote areas of the U.S. and none have resulted in the same widespread flames that plagued the city in April of 1906. 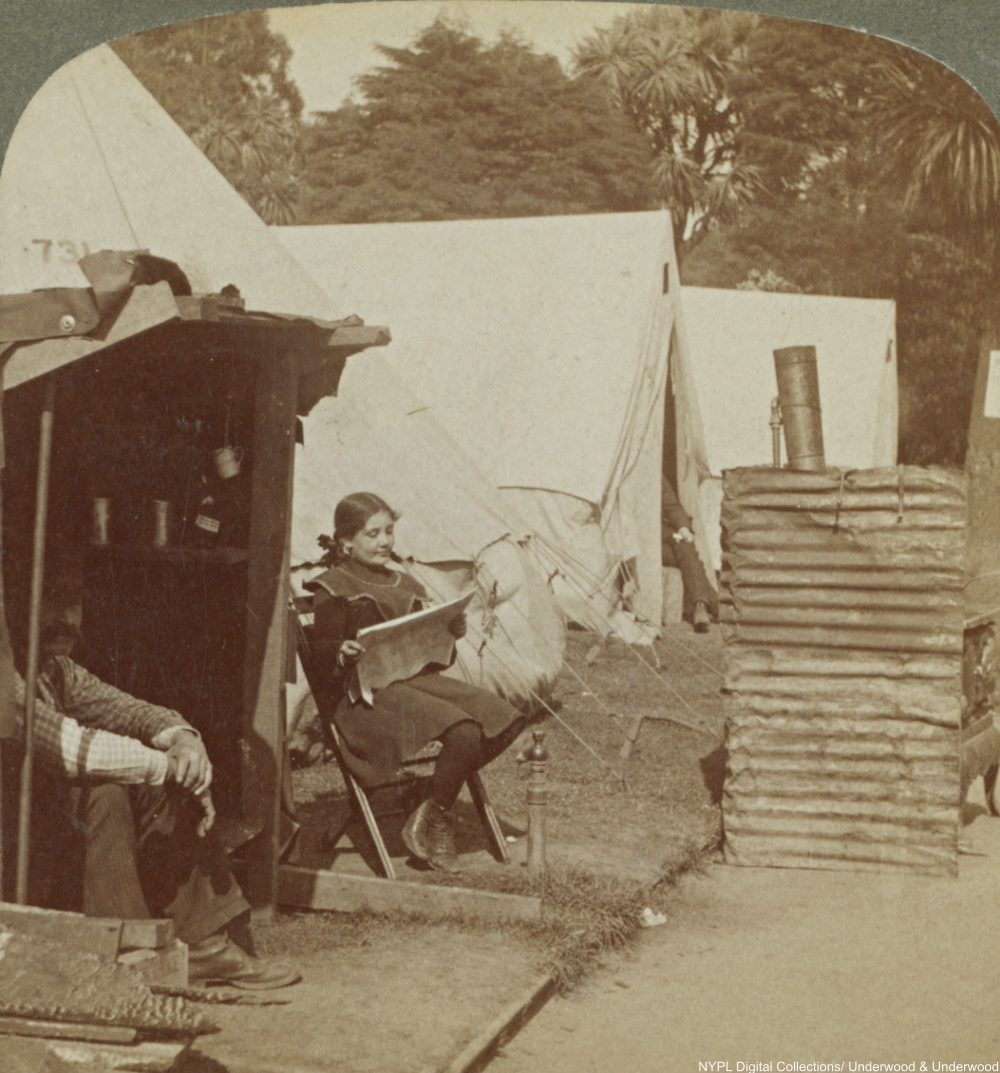 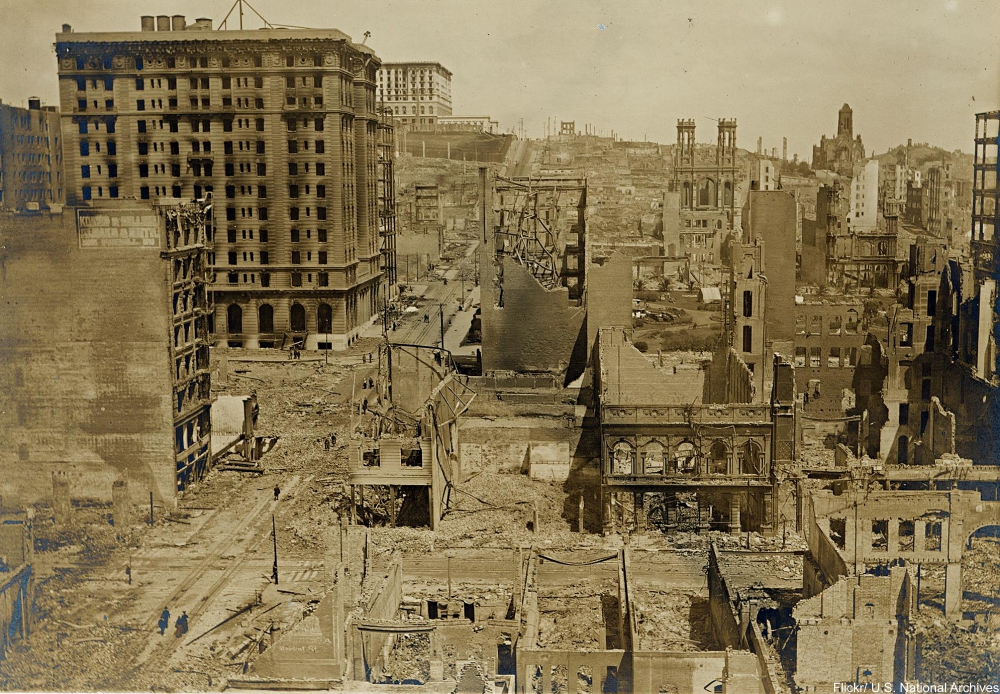 Extensive damage to the St. Francis Hotel and surrounding buildings. Via/ Flickr 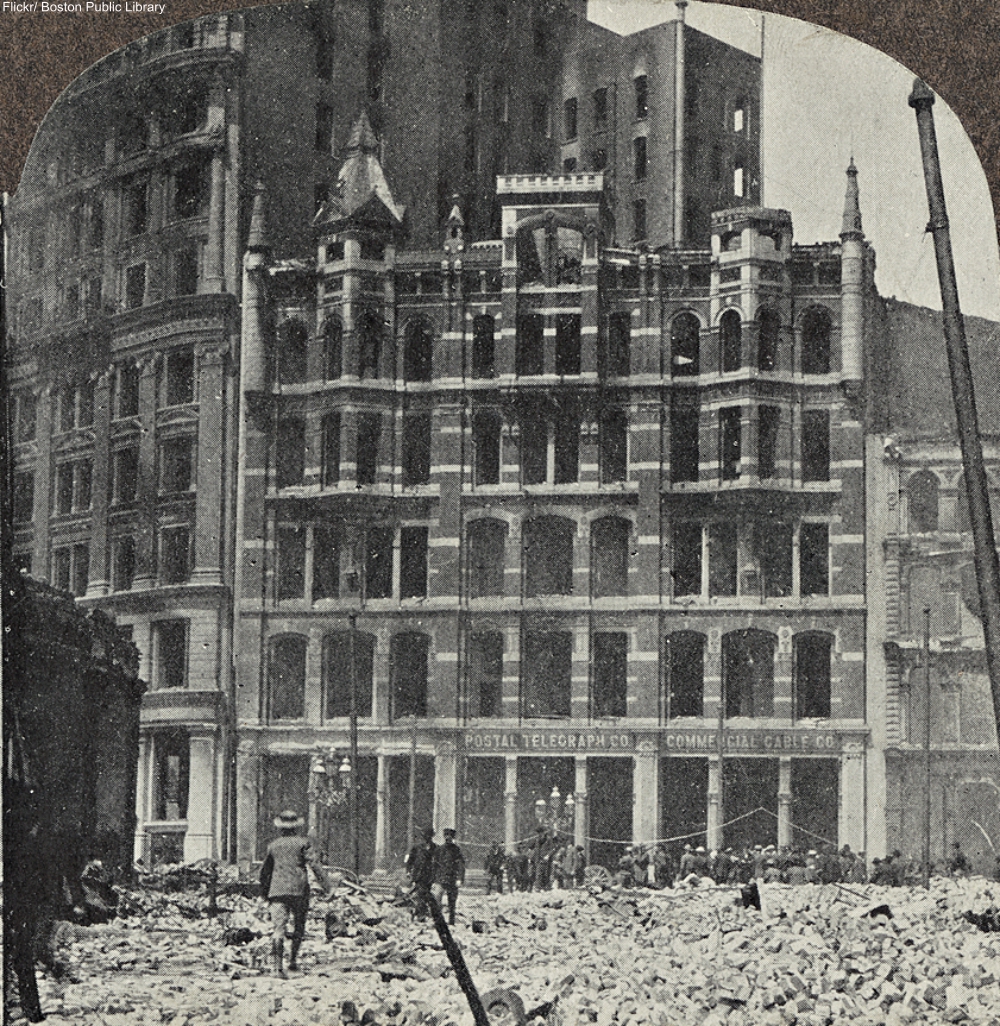 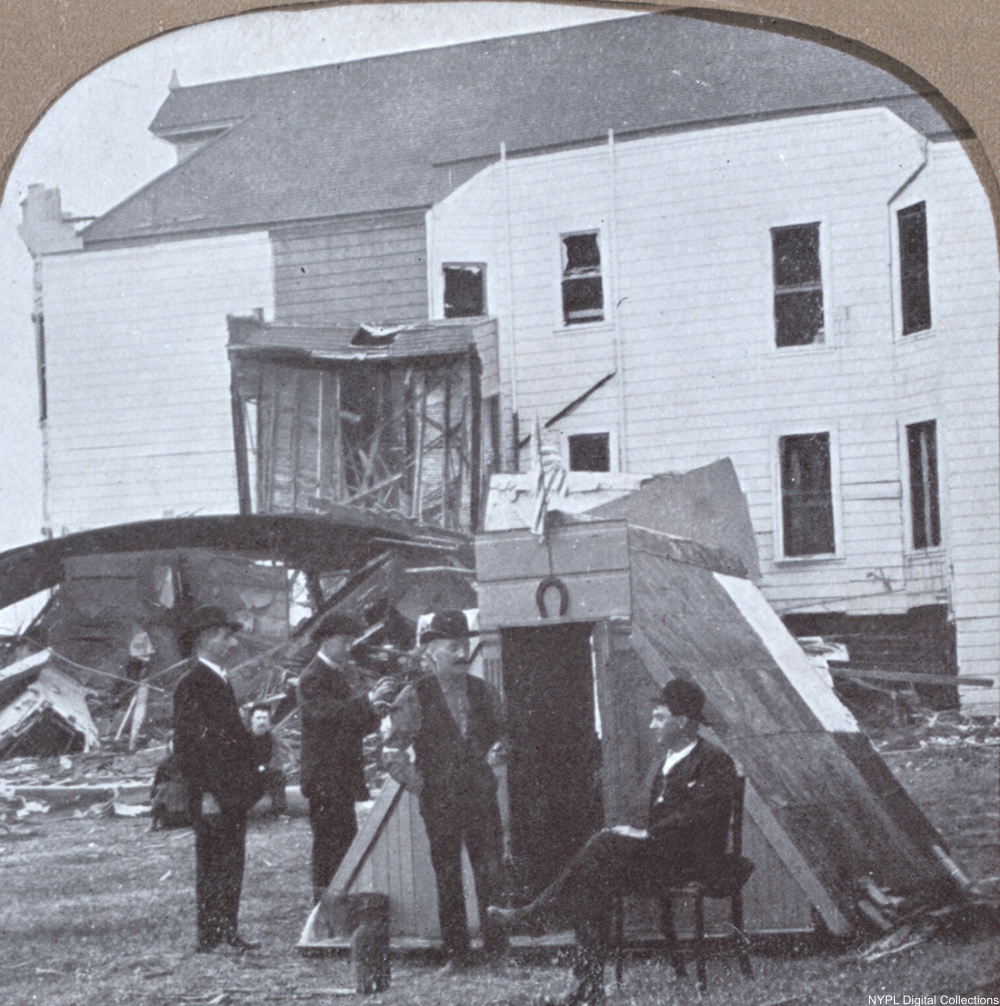 Triangular hut in refugee camap
“This is earthquake work” says the original caption. Via/ NYPL 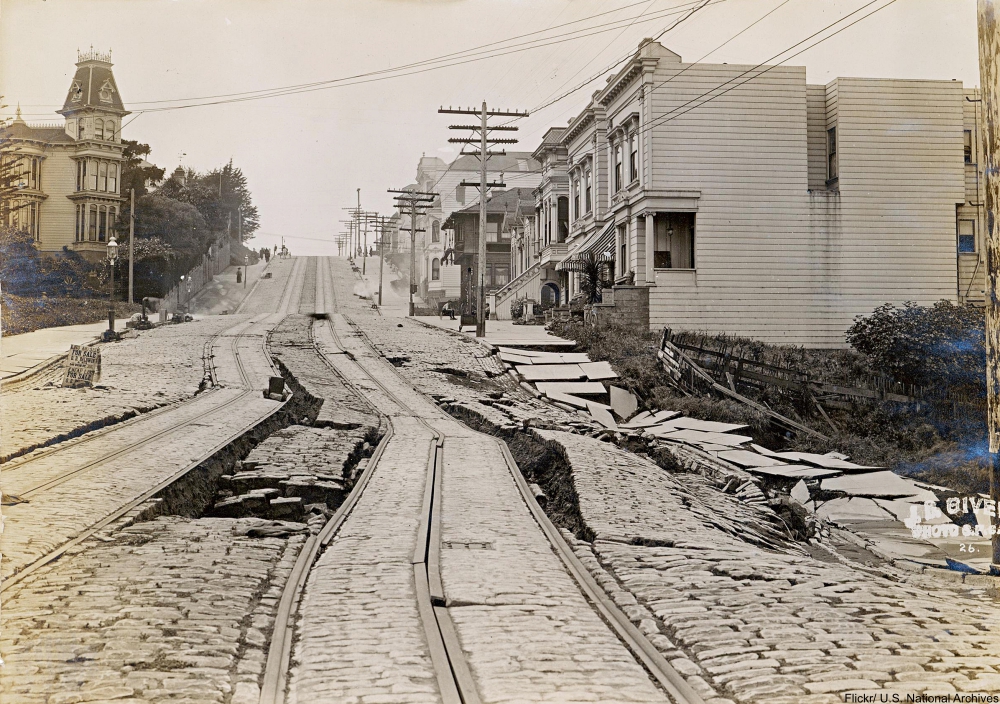 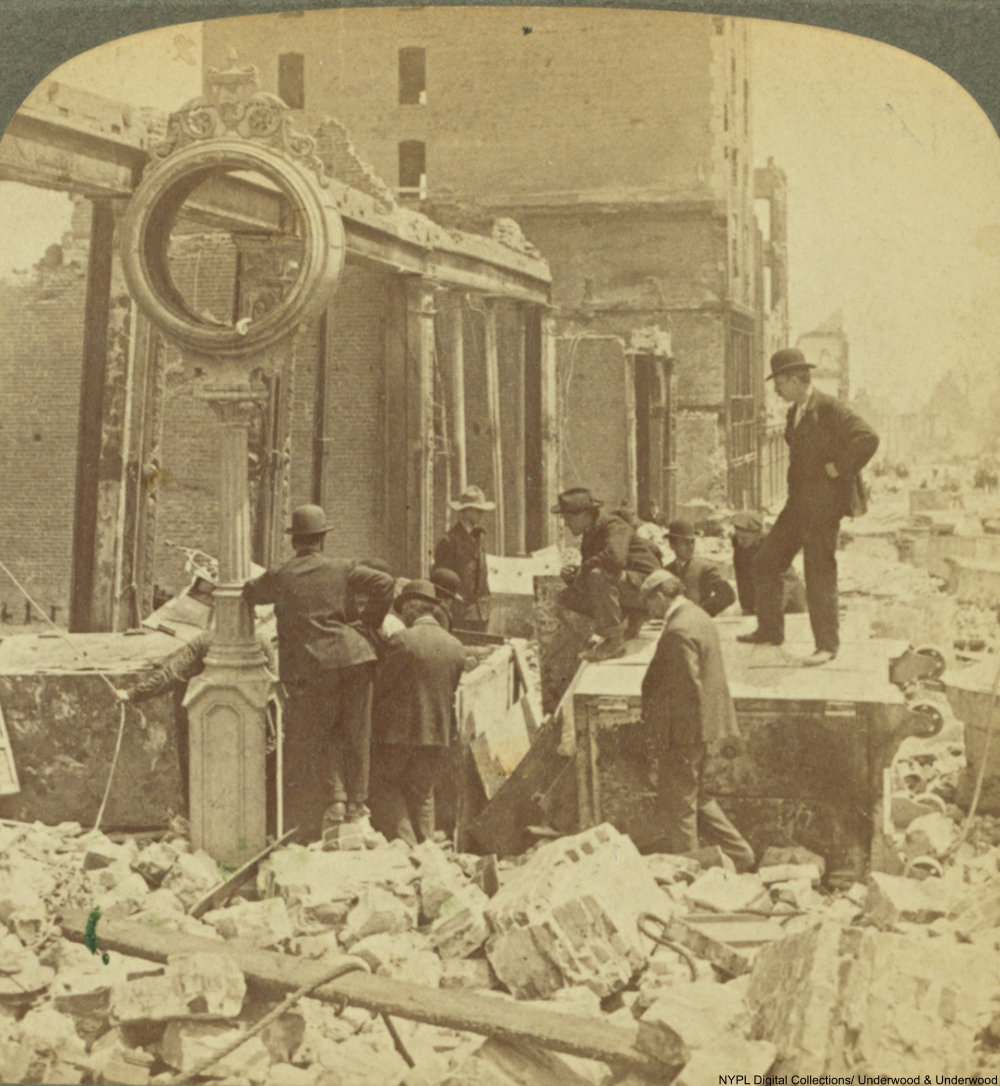 Opening safes surrounded by ruins of the building. Via/ NYPL

One of the reasons that the fire was so difficult to contain was the earthquake destroyed the city’s water mains. Around 250,000 residents were left homeless as a result of the tremor and fire damage. The resulting tent and shack camps housed the crowds of displaced residents. 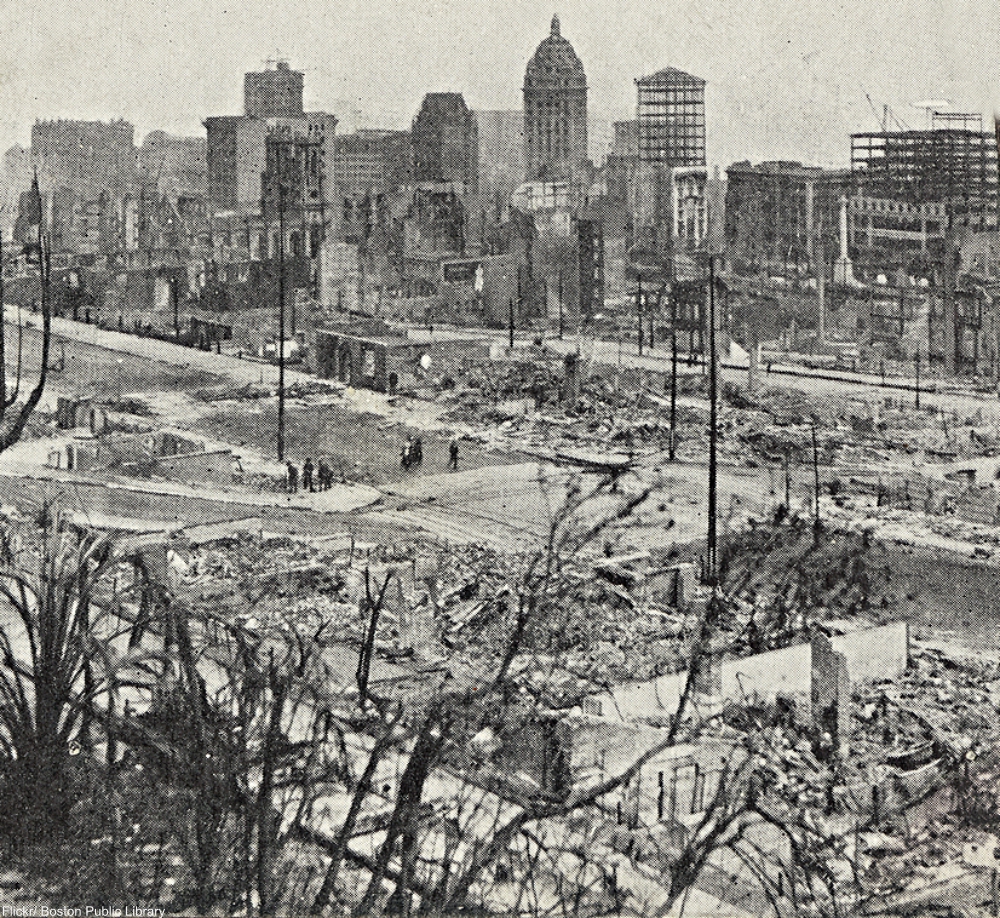 Bird’s eye view of damage from Nob Hill. Via/ Flickr 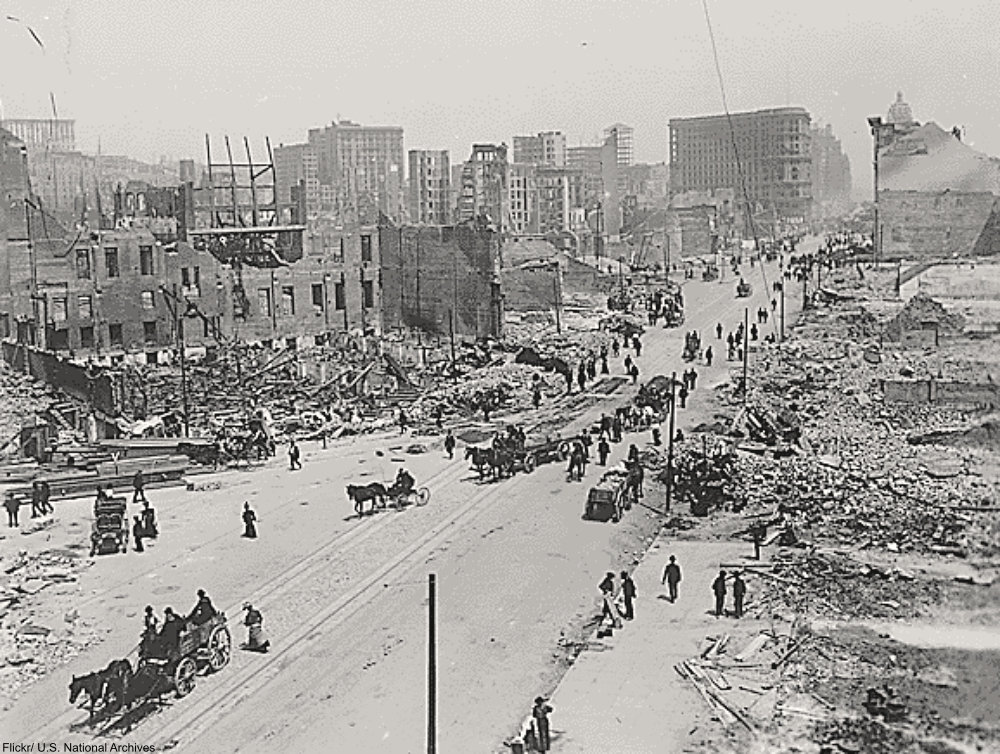 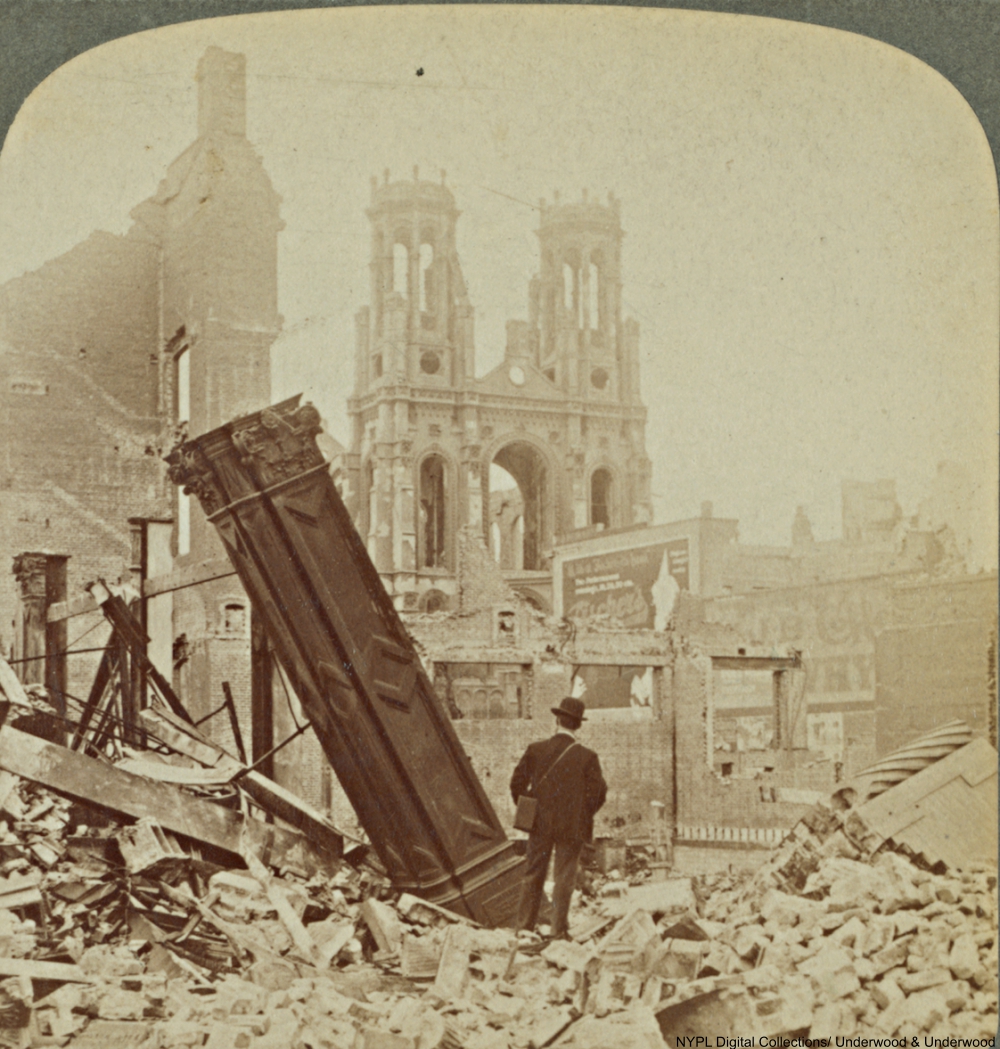 Damage to Temple Emanuel. Via/ NYPL 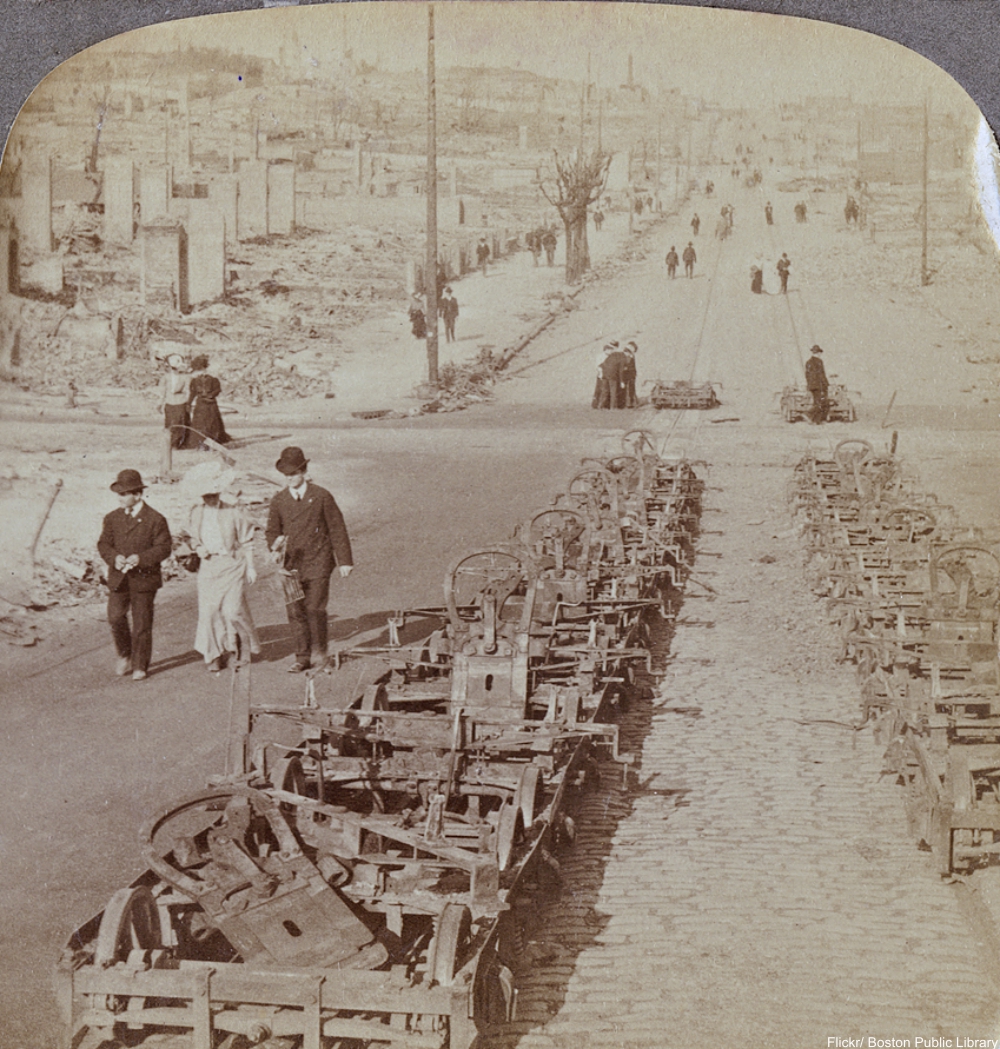 Burnt out streetcars line the streets, nothing left but their iron skeletons. Via/ Flickr 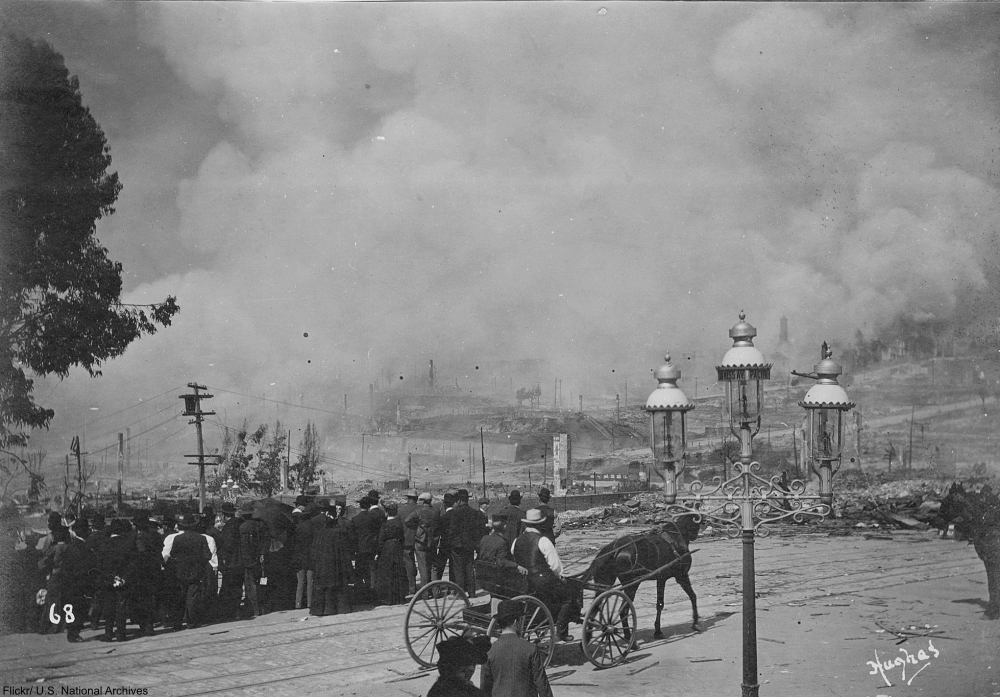 The city’s flames begin to be controlled. Via/ Flickr 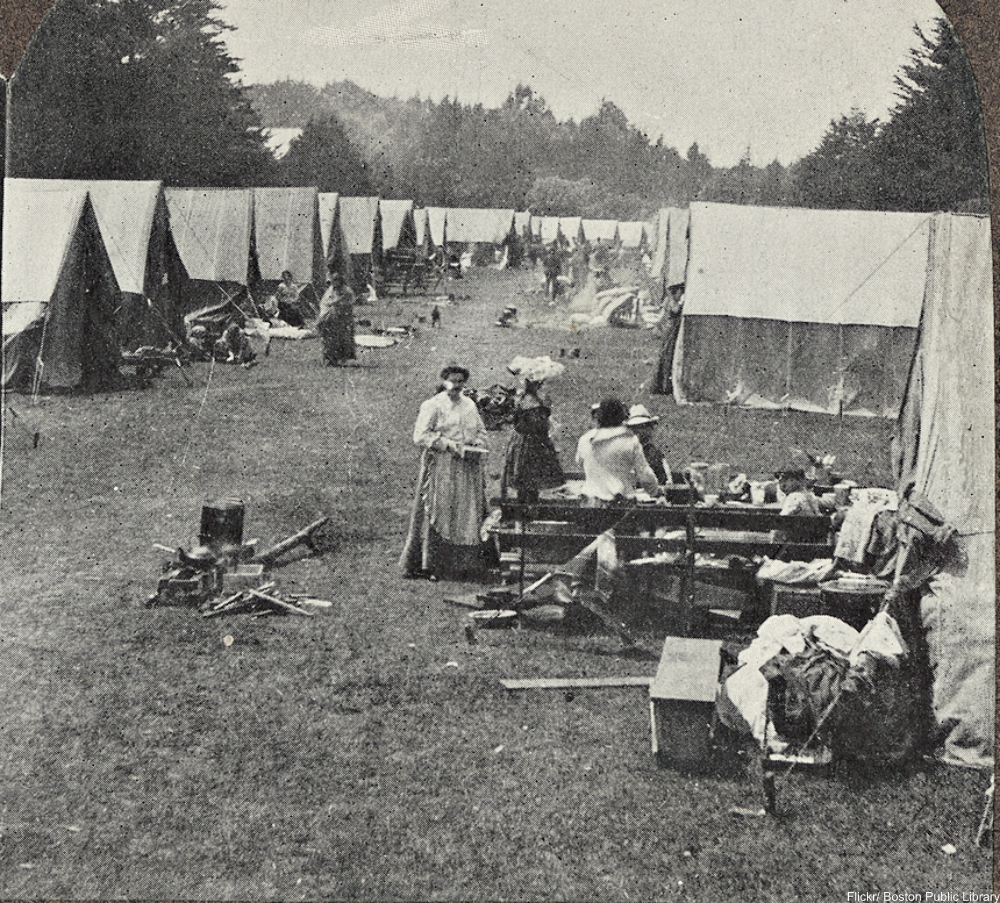 The earthquake of 1906 will be remembered for the the devastating effect it had on San Fransisco and the impact on the San Andreas fault line which we are still feeling to this day.

For a look into an unusual flood from 1919 click here.