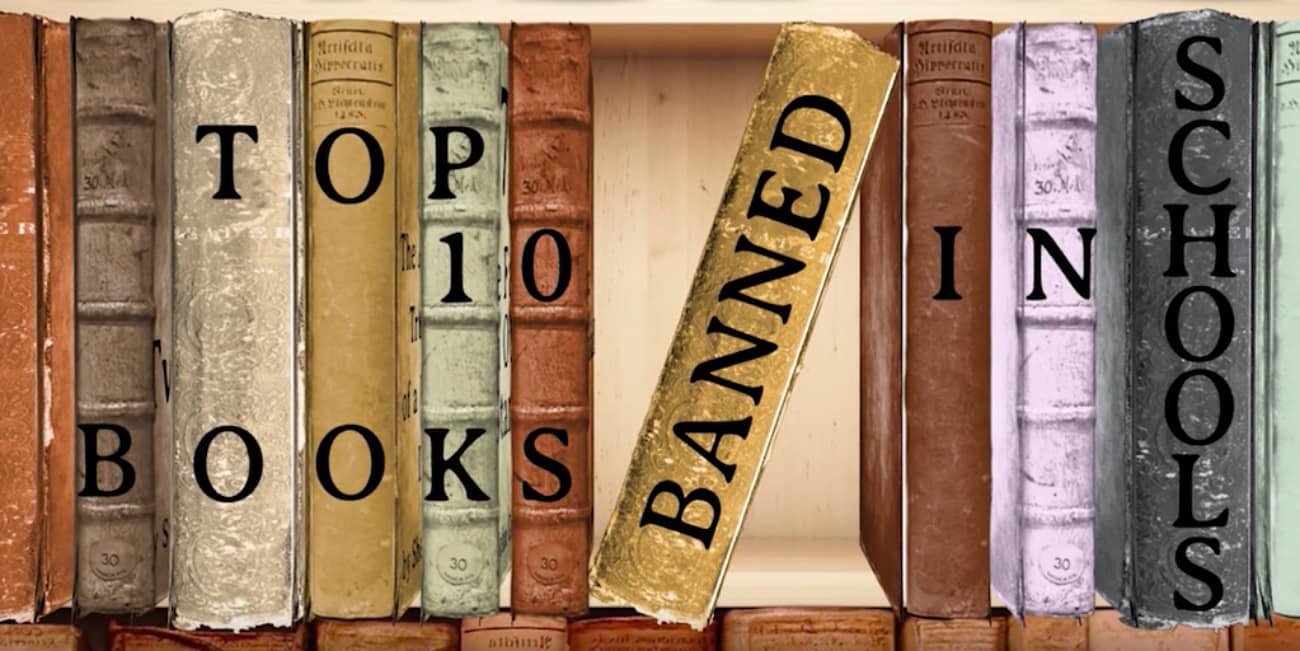 Banned or “challenged” books are those that receive some kind of formal complaint typically related to subject matter deemed “explicit” in some way. Thematic elements related to the occult, vulgar language, sexual content, or encouraging teenage rebellion are often cited as reasons why a book should be removed from a school setting.

While some books might seem more obvious for why they might be banned, others do not. John Green’s The Fault In Our Stars was banned in one school district because parents felt the story of two teenagers facing terminal cancer was “too sad” for children. The Adventures of Captain Underpants beat out Fifty Shades of Grey as a top banned book because critics felt it encouraged disobedience…and because the hero’s costume involves a cape and underwear.

We can guarantee you’ve read at least one of these books, and that some beloved classics not listed here have maintained a perennial status on banned book lists. We found the #1 banned book on this list to be particularly outrageous!