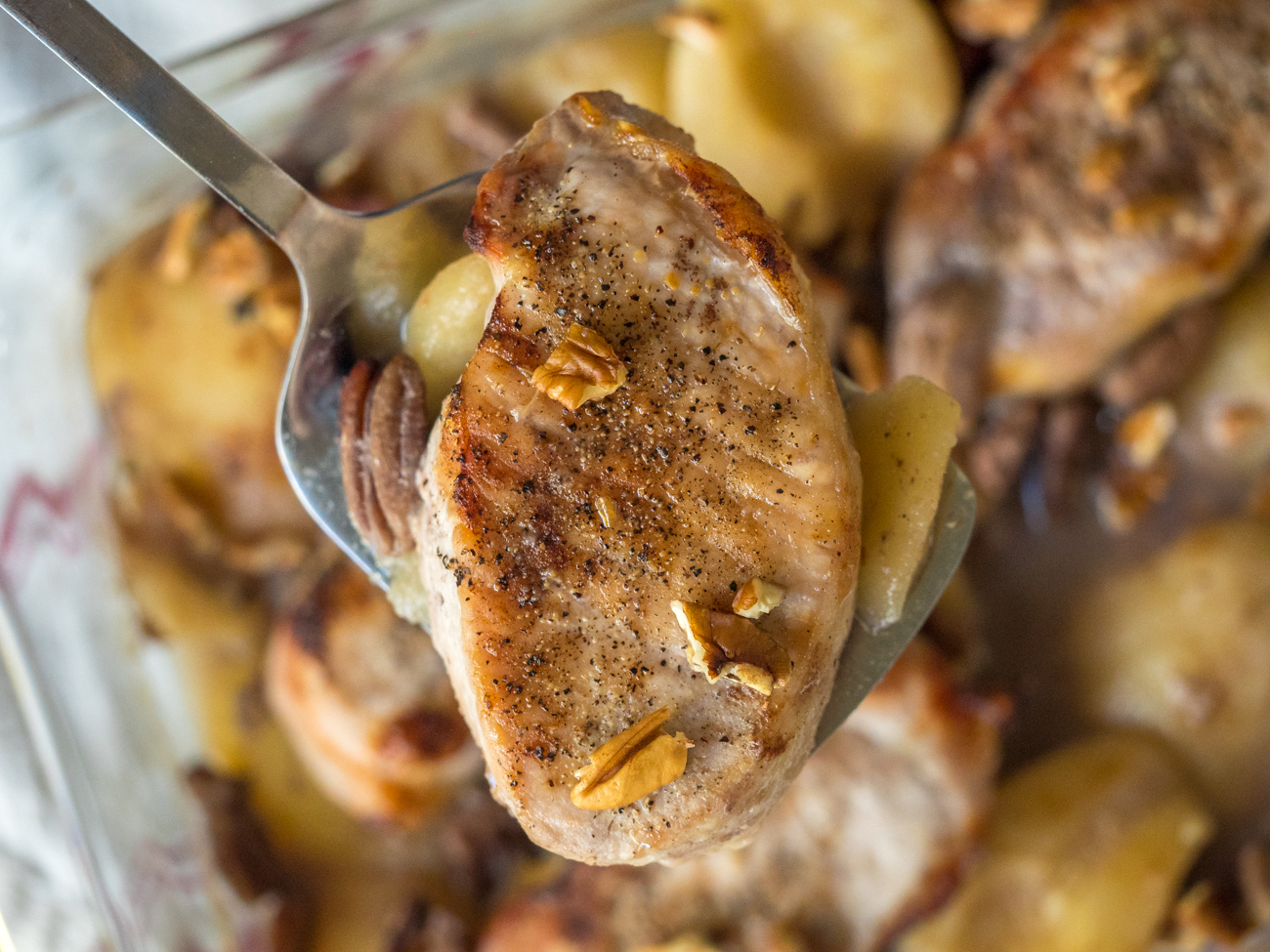 Pork chops and applesauce may be a classic combination… but have you tried pork chops and pears? If the answer is no, then it’s high time you change that. The pears bring a soft and subtle sweetness to the savory pork and we’ve thrown in some cinnamon and ginger for a nice little surprise of spice. These Spiced Pear Pork Chops bake up simply in the oven. They couldn’t be easier. Or tastier. 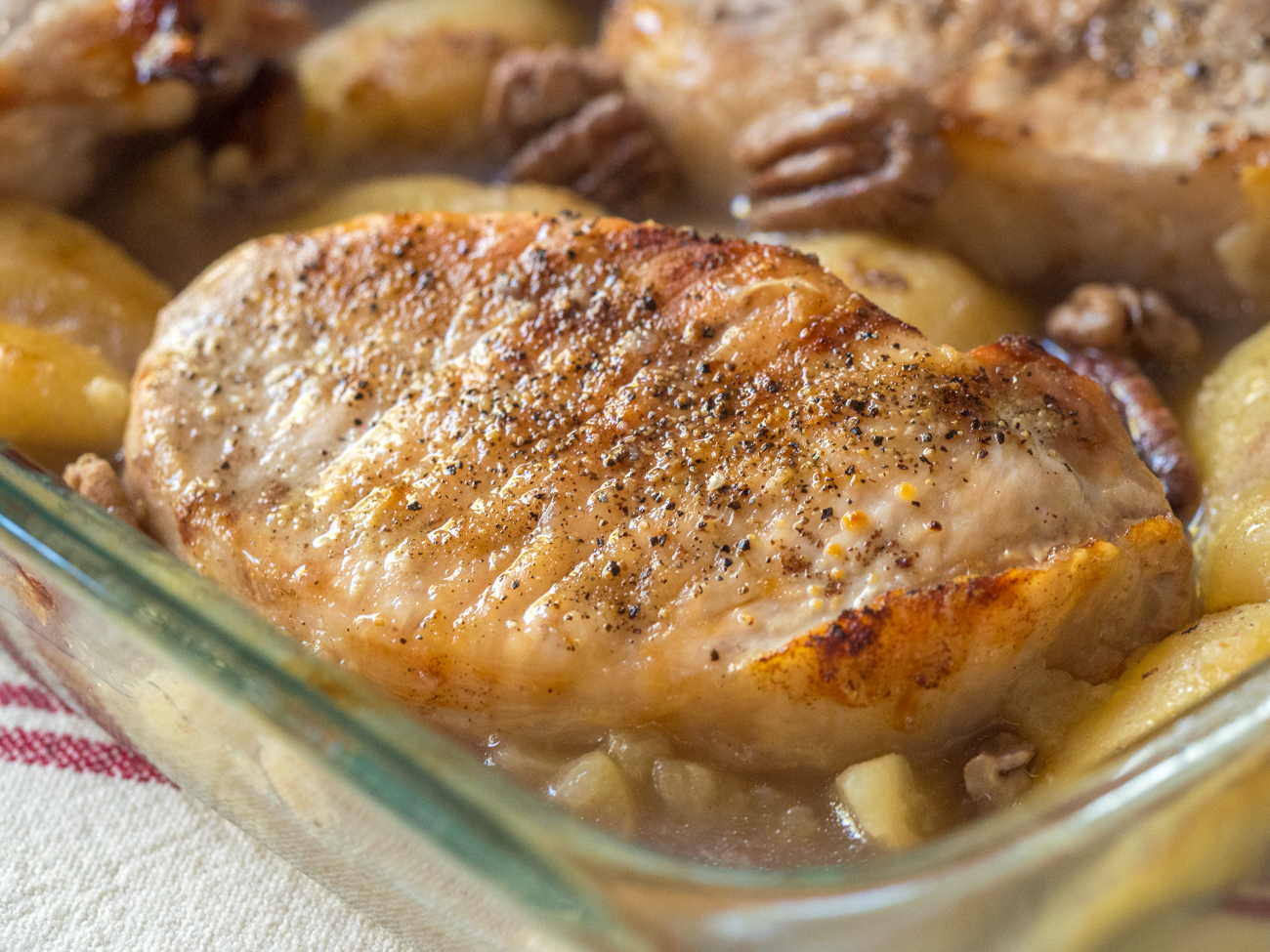 To keep things simple, we’ve used canned pear halves. Just make sure you don’t throw away their juice! You want that sweet liquid to make it into the baking pan for sure. Mixed with a little garlic powder and apple cider vinegar, it reduces as it bakes and commingles with any juice the pork releases. It’s absolutely wonderful spooned over the baked pork chops and your favorite starchy side. 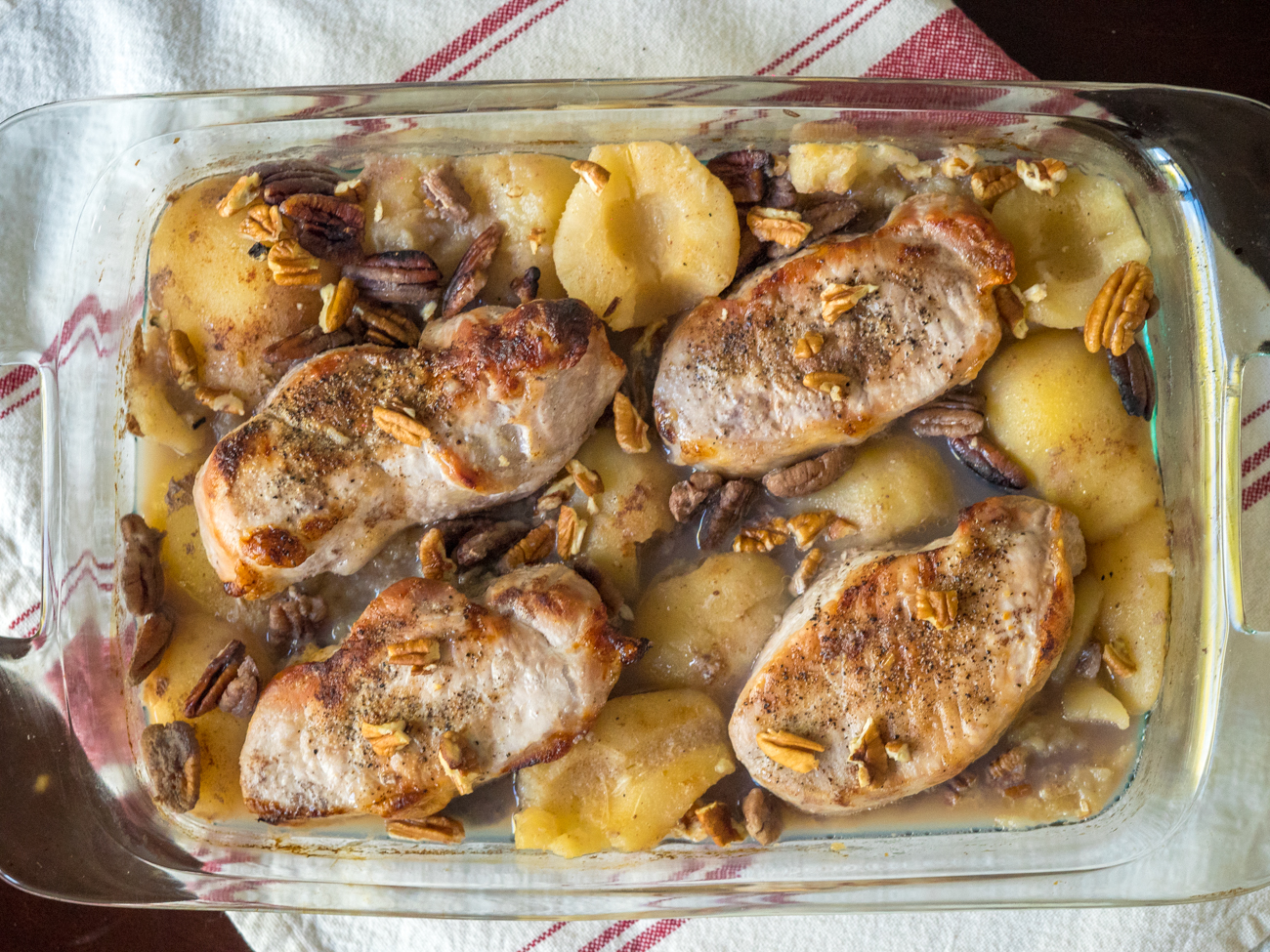 A decent sprinkling of pecans provides a nice crunchy contrast to the chewy pork and soft pears. The combination of those three together: sweet and tender pears, savory pork, and salty pecans is among the greatest trios we can think of. 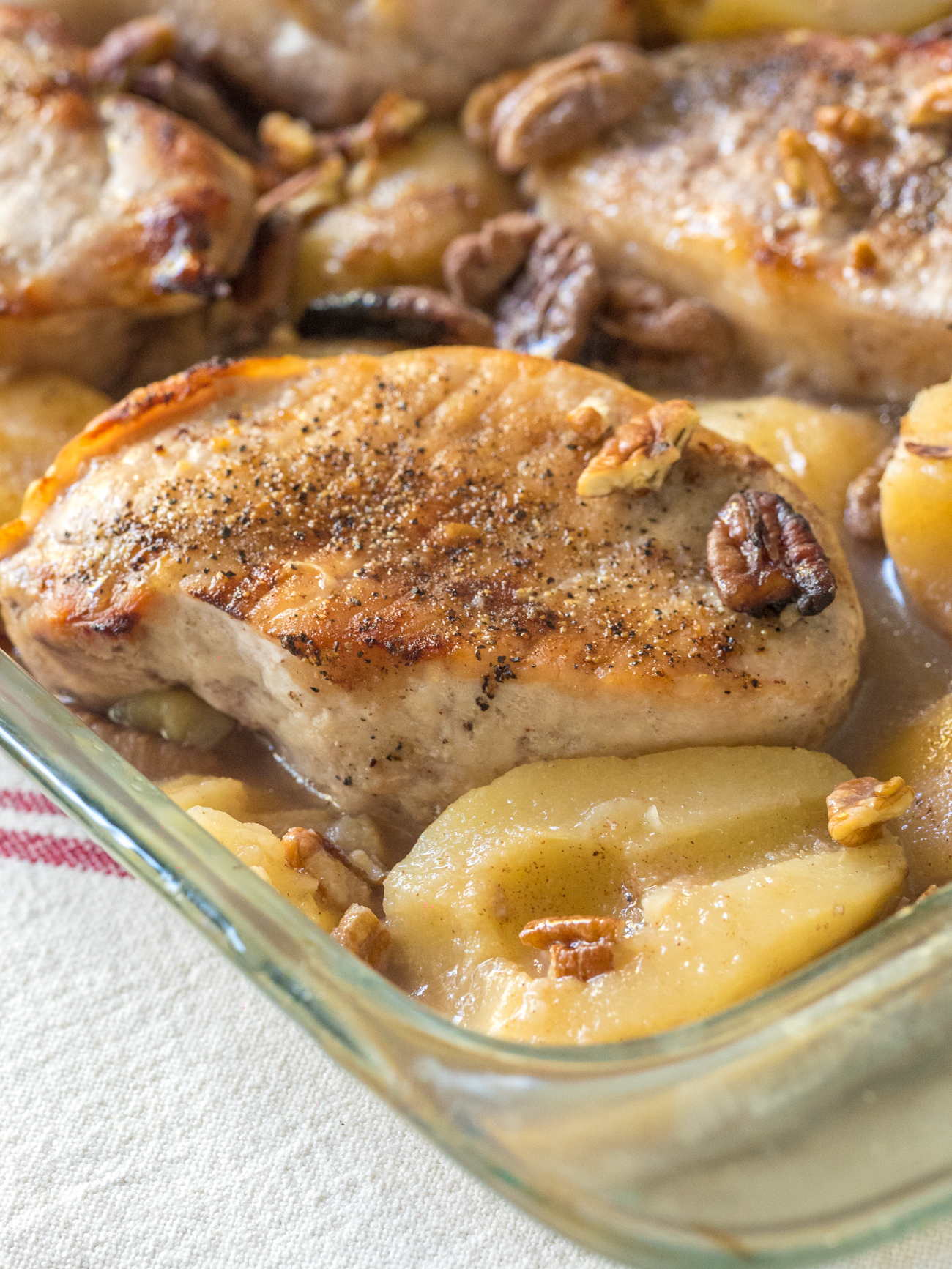 This is one of those dishes that tastes totally divine but also happens to be a breeze to make. You basically just throw some stuff in a baking dish and toss it in the oven. No searing, no electric mixers, no chopping. It’s simple and it’s tasty as can be. And as far as we’re concerned, if something’s easy and delicious, it’s a recipe that’s gotta stick around.