Finally! An Easy Way To Know When (And How) To Use A Semicolon!

Semicolons can be frustrating; using them incorrectly can cause rage.

Semicolons are tricky. We all know what they are, how to read them, and when they’re used incorrectly. But if you’re anything like us, it’s hard to know how to use them effectively.

The semicolon isn’t all that scary! Actually, it can help give your writing new life and vigor. It can structure your writing to match dialect. It’s the in-between punctuation that can bridge the gap between commas and periods. And decrypting their mystery has never been easier!

Check out this handy guide to the semicolon!

1. They form connections between separate sentences.

A semicolon can help combine two sentences that are similar. You can conjoin related sentences by turning them into clauses and linking them together with a semicolon. This way, the second, separate sentence becomes a continuation of the first!

Ex: I almost crashed my bicycle on my way to work today. Traffic was really bad.

As separate sentences, these ideas might come across as unrelated. But when you link them with a semicolon, the bad traffic becomes the reason you almost crashed your bicycle.

Ex: I almost crashed my bicycle on my way to work today; traffic was really bad.

2. They can replace coordinating conjunctions.

Many sentences include conjunctions that help differentiate ideas of equal importance. The easy way to remember these words is through the acronym, “FANBOYS.” These words are:

Semicolons can replace these words in a sentence to help shorten its length, or to avoid overuse of conjunctions. By using a semicolon instead of a conjunction, the reader is forced to stop and look at the clauses as separate ideas that are still related to each other instead of reading them as one long idea containing multiple parts.

Ex: I had trouble reading your article about jellyfish, for I was distracted by the stunning pictures.

Ex: I had trouble reading your article about jellyfish; I was distracted by the stunning pictures. 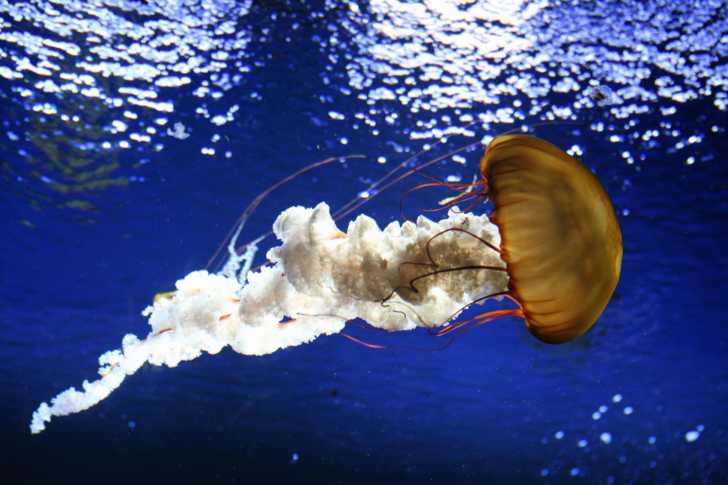 3. Semicolons can be used as super commas.

In a sentence that is divided up by commas but contains clauses that are long enough to contain commas of their own, semicolons can be used as the commas of the sentence. They can organize a sentence full of commas to help readers find which clauses are part of the list, and which are modifiers to the list.

Ex: I ordered three coffees, which were expensive because they roast the beans in-house, then a soy latte for Richard, who is lactose intolerant, also, some muffins for the accounting team.

This comes across as a run-on sentence and might be confusing. By adding semicolons to the separate items in the list, the reader will have an easier time understanding who ordered what and why!

Ex: I ordered three coffees, which were expensive because they roast the beans in-house; then a soy latte for Richard, who is lactose intolerant; also, some muffins for the accounting team.

There is also a short TED Talk about semicolons done by Emma Bryce that we’ve found very handy. The lesson further illuminates the many uses of semicolons, gives great examples, and is all done through endearing animation!

However you decide to use them, semicolons are your friend; they’re no longer something to fear!Now, put them to good use and spread the word; the power is in your hands.