Bootlegging alcohol during the era of American Prohibition often required moonshiners to come up with clever tricks to avoid getting caught by law enforcement. However, hiding their illegal operations was nothing new, as moonshiners had a long history of avoiding tax collectors and police. In the early 1920s, bootleggers began using cow shoes to confuse local cops hot on their trail, but the jig was up when the law discovered one of the odd shoes. 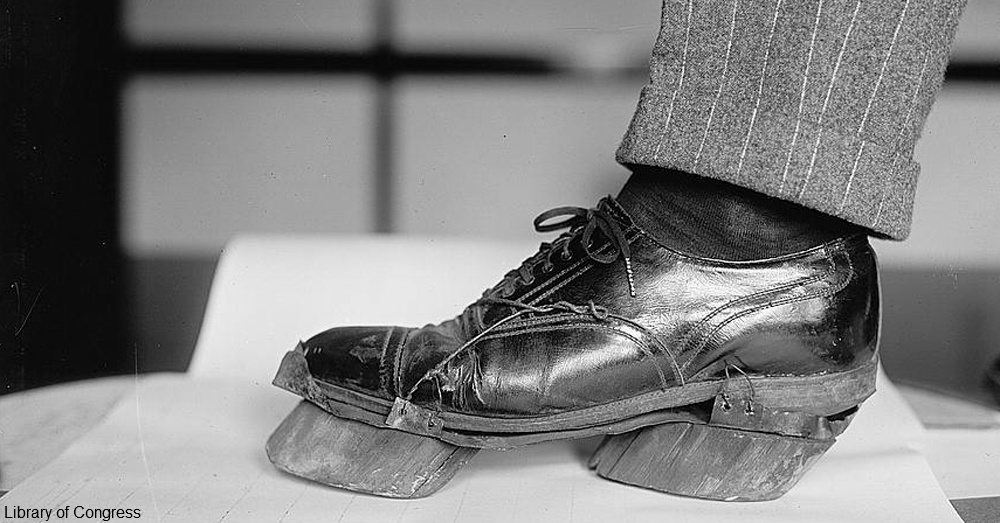 The crisp black and white photo from long ago depicts a police officer wearing what can only be described as bizarre-looking heels. In one photo, the officer’s shiny black shoe sits atop two angular shaped blocks of carved solid wood. The toe block is distinctively smaller than the heel block. At first glance, it’s easy to think of this invention as an early attempt at elevator shoes. The second photo reveals the startling truth. These heels are purposely designed to look just like cow hooves.

It didn’t take savvy cops long to figure out that some imaginative moonshiner created the shoes to out-fox cops. Whoever wore the shoes aimed to fool authorities with realistic cow hoof prints. This makes total sense considering many cops tracked moonshiners by foot in those days. Disguising human footprints as cow prints protected nearby illegal stills. Needless to say, the cagey trick probably stopped working once it became public. 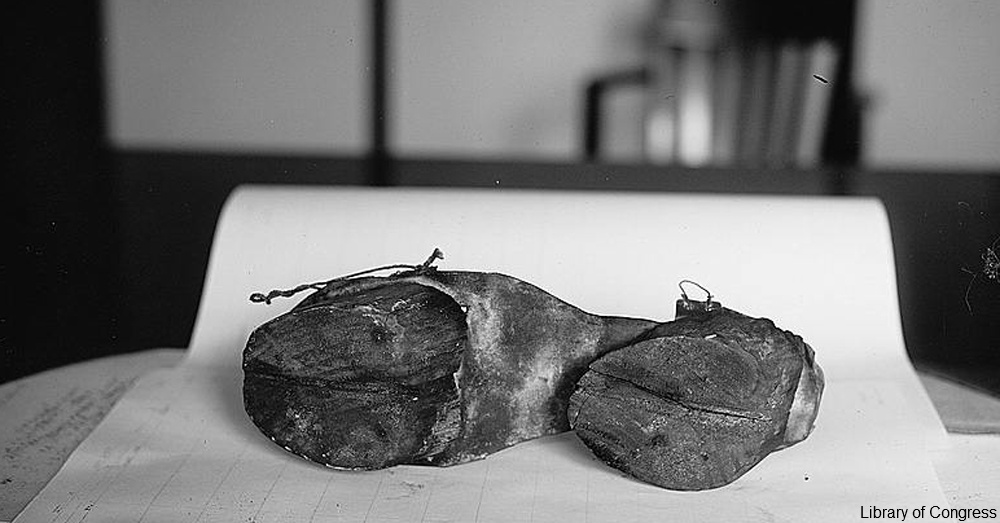 Discovery of the cow shoes doesn’t make their idea any less clever. However, bootleggers and moonshiners probably didn’t come up with the idea on their own. Rumors spread that the idea originated from a Sherlock Holmes story called The Adventure of the Priory School. Written by Sir Arthur Conan Doyle, the plot involves the mystery surrounding the disappearances of a young student and his teacher. Holmes discovers that the murder culprit evaded detection with horses wearing fake cow hooves.Prohibition-era bootleggers often used cleverly unique tactics such as cow shoes to evade law enforcement.

Apparently, bootleggers weren’t the only ones who liked this idea. Out west, a 1920s-era cagey criminal came up with his own zany cow shoe idea.