Amazon’s Website Is Thriving…So Why Did They Open A Brick-And-Mortar Store?

On November 3rd, Amazon did something very strange. They opened up their first brick-and-mortar bookstore in Seattle’s University Village Mall. This news comes as a shock after Barnes & Noble recently closed their location in the very same mall in 2011! So what is Amazon offering to customers that will save them from the same fate as Borders, Walden Books, and Barnes & Noble? 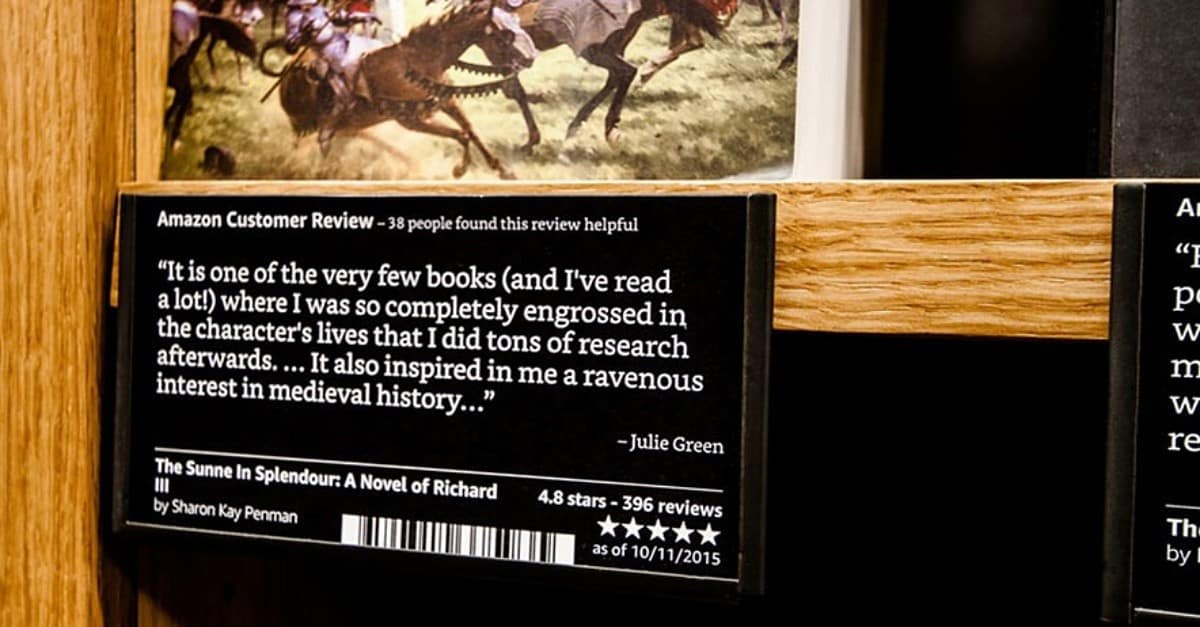 For starters, Amazon is not reliant on book sales to stay afloat. The huge company offers everything that other booksellers do, plus a whole arsenal of other items that customers want. Amazon sells everything from pet supplies to clothing and jewelry. And those items are overshadowed by the successful tech gadgets they’ve launched over the past several years e.g. the Kindle and its self-publishing services, the Echo, and the Fire TV Stick. Other books stores just have not been able to compete with Amazon over the years.

Amazon has carved themselves a place in the book-selling marketplace by selling things other than books! But why would they open a physical store when their website is thriving?

The Atlantic theorizes that it is to emulate the success of Apple’s stores. Apple has created stores that function as more than just stores. Megan Garber calls them, “secular cathedrals.” They are places were you can shop, lounge, and get your technology fixed. They are a physical manifestation of a tech-based corporation. The Apple Store is a place where the intangible world of Apple becomes real.

Amazon opening a store accomplishes this same thing. It creates a space where you can ask questions about Amazon products, test them out, and flip through actual books before you buy them —although we all love the “look inside” feature of the website, it’s just not the same. 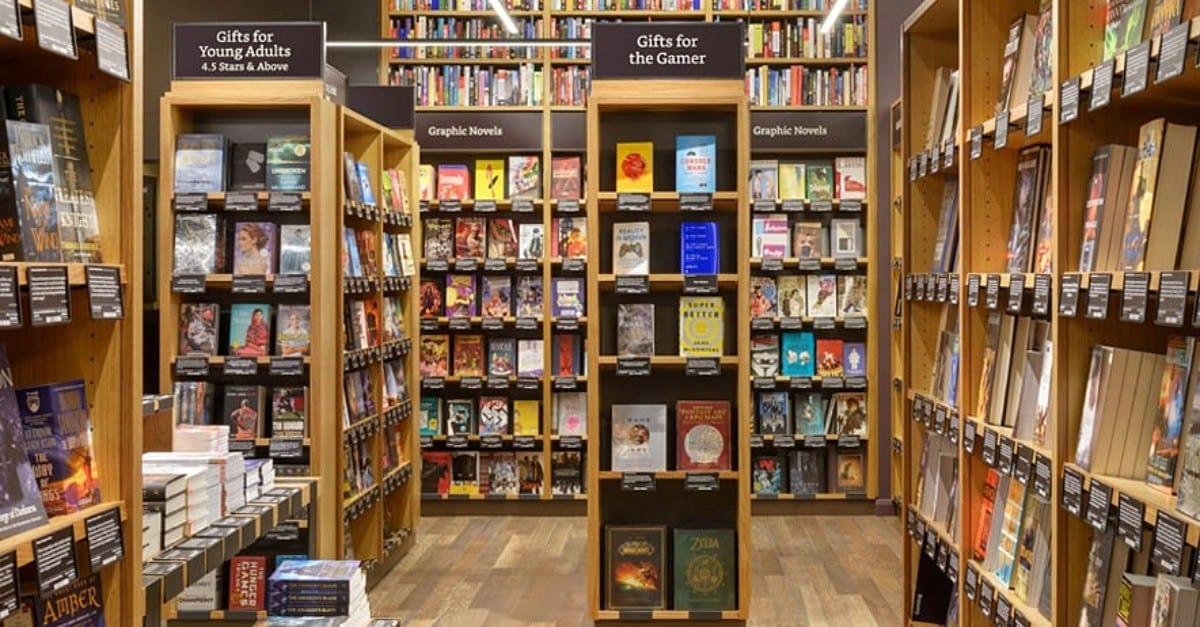 To top if off, Amazon is using their huge data sets to create the ultimate store for trending books. Having been in the industry for over 20 years, Amazon is able to use algorithms, pre-order data, and user reviews to keep best-sellers on the shelves and anticipate literary popularity. Amazon’s press release even encourages customers to go on the website during store visits: “our mobile app is a great way to read additional customer reviews, get more detailed information about a product, or even to buy products online.” Most of the books in the store even have a display card with a popularity score (out of five) accompanied by a user-submitted review.

There is another theory about why Amazon is opening a store though: books are making a comeback.

As much as Amazon has hurt big book-selling chains over the past decade —offering faster shipping, cheaper prices, and larger selections— they might be helping the industry make a comeback.

Amazon is using its decades of experience online to create an interactive book store. By using customer data, Amazon is implicitly asking their users to create the book store themselves. Un-bought books will no longer gather dust on shelves. Only the books the people are actively reading will be sold. And if your tastes are more obscure, you can still order from the website. 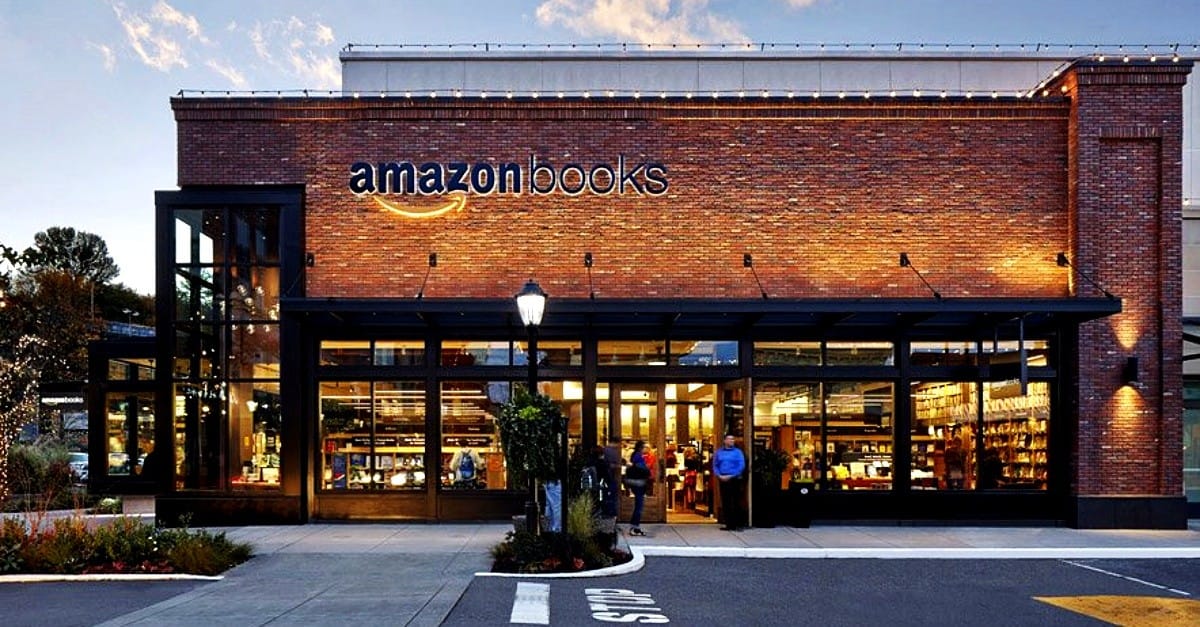 But underlying the decision to open a physical store seems to be the hope that real books are making a comeback. Publishers Weekly reported a 2.4% increase in paper book sales between 2013 and 2014. This might not seem like a lot, but the paper book industry suffered greatly after e-readers took a hold of the market in 2010.

In the past five years, technology has grown more intricate; more complicated. We are able to perform all sorts of wonderful tasks on our myriad devices, but no e-reader can match the simplicity of a book; a button-free, no-battery, inexpensive book.

We might not fully know why Amazon opened a book store, but we can guess it has something to do with the data they’re using. The data tells them what people are reading an how much they like it. But we suspect that it’s also telling them that it’s time to merge analog technologies with the power of the Internet.

A new, Internet-savvy reader is coming into the marketplace and they don’t want only technology or simplicity. They want both and Amazon is ready to give it to them.